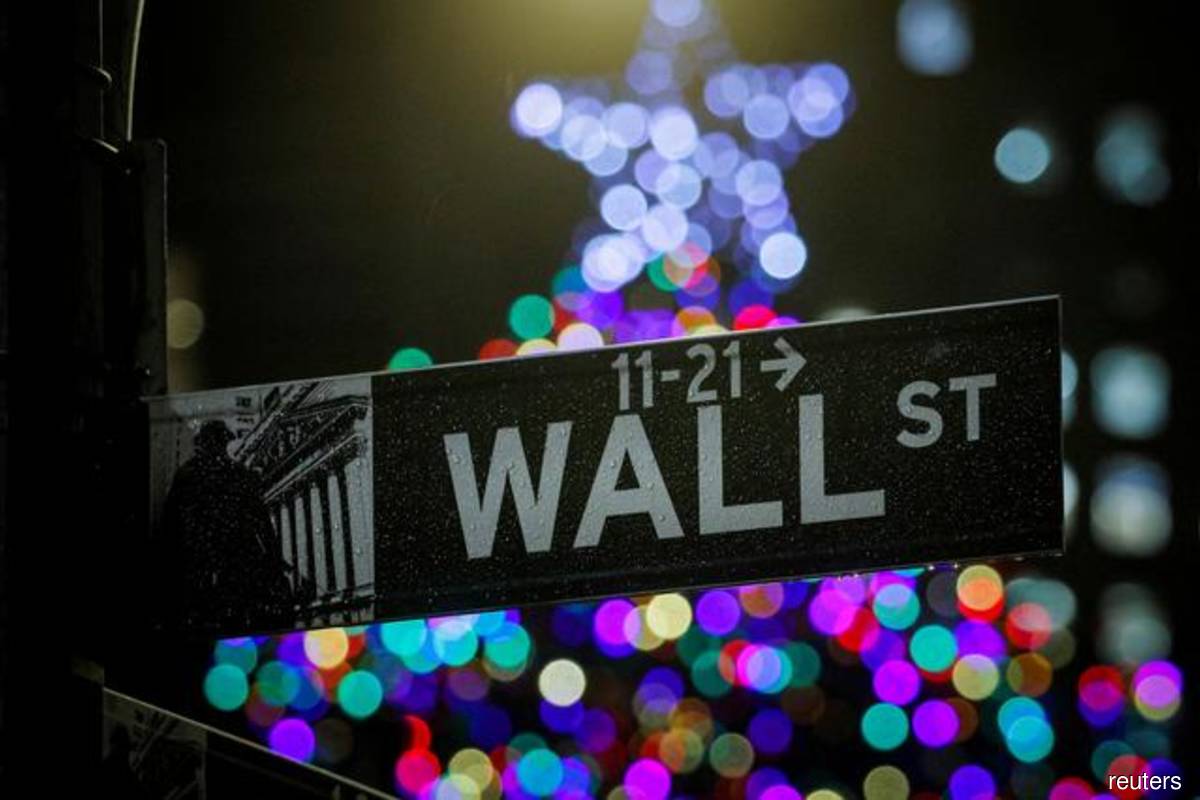 The benchmark S&P 500 fell for a fifth straight session and the Nasdaq for a fourth, dragged down by a 1.4% drop in Apple Inc shares on Morgan Stanley's iPhone shipment target cut due to production delays at a Foxconn plant in China.

Markets have also been rattled by downbeat comments from top executives at Goldman Sachs Group Inc, JPMorgan Chase & Co and Bank of America Corp that a mild- to more-pronounced recession was likely ahead.

Fears that the US central bank might stick to a longer rate-hike cycle have intensified recently, in the wake of strong jobs and service-sector reports.

More economic data, including weekly jobless claims, producer price index and the University of Michigan's consumer sentiment survey this week, will be on the watchlist for clues on what to expect from the Fed on Dec 14.

"Expectations are beginning to unravel a little bit, as the market realises that the Fed may have to maintain rates at a higher level for longer than it had hoped and this is placing a more downward pressure on the markets," said Jason Pride, chief investment officer for private wealth at Glenmede in Philadelphia.

"From the bigger picture, the Fed has hiked rates to a point where markets are expecting monetary policy to be restrictive enough to cause a mild recession."

Concerns around a steep rise in borrowing costs have boosted the dollar and dented demand for risk assets such as equities this year, with the S&P 500 on course to snap a three-year winning streak, down 17.5% so far in 2022.

Four out of 11 major S&P sector indexes were higher in early trading, with healthcare leading the pack, while technology was the worst performer, with a 1% drop.

Tesla Inc slumped 2.9%, down for a third straight session over production loss worries at its Shanghai plant.

Carvana Co tumbled 36.8% to a record low, after Wedbush downgraded the used-car retailer’s stock to "underperform" from "neutral" and trimmed its price target to US$1.

Wall St extends losses as recession worries mount, Apple drops have 704 words, post on www.theedgemarkets.com at December 8, 2022. This is cached page on Business News. If you want remove this page, please contact us.