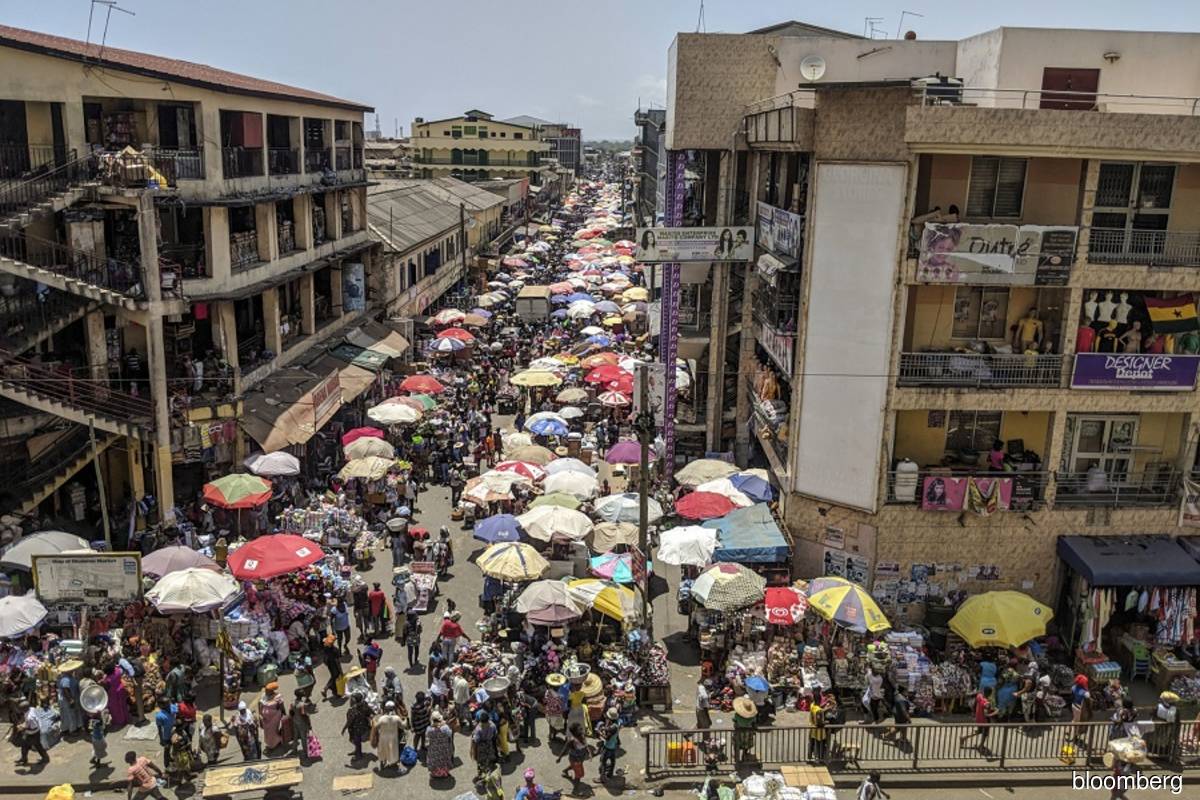 (Dec 7): Developing nations may need to find as much as US$2.5 trillion over five years to meet external debt-service costs, as interest rates rise and poorer countries struggle to refinance borrowings, a Finance for Development Lab model shows.

The findings published by the Bill & Melinda Gates Foundation-backed and Paris-based think tank assume interest rates climbing by 400 basis points from levels in 2019 and a 10% decline in currencies against the dollar. It assessed conditions in 113 countries, with China and Russia among nations excluded because data weren't available.

"Current costs of funding make debt service hard to sustain, with an expected peak in 2024-25," according to the authors of a paper based on the model titled The Coming Debt Crisis . "If such conditions were to hold, a significant liquidity crisis would quickly turn into a widespread solvency crisis."

Developing nations, with weaker sources of revenue, have borne the brunt of surging interest rates and increased borrowing, a result of shocks including the Covid-19 pandemic and Russia's invasion of Ukraine, which has driven up world food and energy prices. A greater proportion of poorer-country debt is now owed to commercial lenders, which offer shorter maturities, and capital markets have largely closed to many governments.

Total debt stock for those nations is expected to surge to US$4.3 trillion in 2026, from US$2.9 trillion last year and US$2 trillion in 2016, said Charles Albinet and Martin Kessler, the authors of the paper.

Under the scenario, 35 countries would cross what they said were "debt-service risk thresholds", compared with 22 currently, and the number in sub-Saharan Africa would jump to 18 from 10.

Lower-middle income, a category that includes nations ranging from Ghana to El Salvador, would see their median debt-service-to-revenue ratio rise to 15% from 10% in 2020, an amount that for some nations would exceed their health and education budgets.

"If current conditions were to continue, a generalised debt crisis could materialise, especially in sub-Saharan Africa and lower-middle-income countries more broadly," the authors warned.

Strategies will need to be devised to avoid debt crises, they said.

"For many countries, the real danger comes from increases in debt service. Reducing the cost of debt and resiliency to shocks is therefore essential," they said. "Some kind of forbearance and rolling over of debt will allow for breathing space during this shock. Developing the ability to reschedule debt payments will be important."

The amount of help from global official development finance institutions will need to be "scaled up", they said.

The developing world is facing a US$2.5 tril debt shock have 704 words, post on www.theedgemarkets.com at December 8, 2022. This is cached page on Business News. If you want remove this page, please contact us.