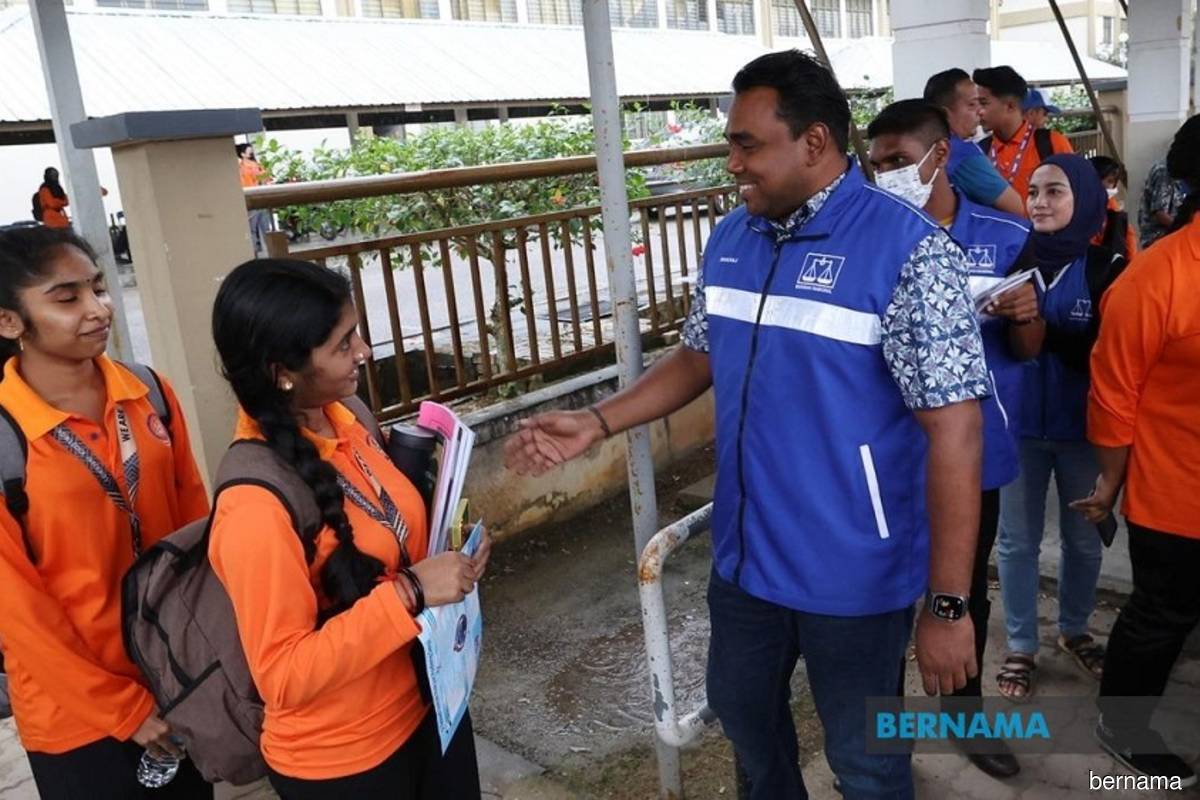 KULIM (Nov 30): The Barisan Nasional (BN) candidate in Padang Serai, Datuk C Sivaraj, said he had not received any instruction from the party's top leadership to give way to other contenders for the parliamentary seat.

As such, Sivaraj said he would continue campaigning although Pakatan Harapan (PH) candidate Dr Mohamad Sofee Razak had suggested that BN make way for PH to reciprocate PH's gesture in the Tioman election in Pahang.

"I have not been contacted by the leadership about this, and I will continue to campaign more aggressively until directed otherwise.

"By right, they (PH) should be the one giving way because I have been working the ground for three years and I already know most of the voters," he told reporters during his campaign rounds on Wednesday (Nov 30).

He was asked to comment on PH's decision to give way to the BN candidate in Tioman and whether he had been asked to do the same for the PH candidate in Padang Serai.

Meanwhile, Mohamad Sofee said PH needs to work hard to retain the Padang Serai seat, if BN refuses to compromise and give way to PH.

"I have a big responsibility to ensure PH wins here, to preserve the legacy of the late M Karupaiya (who won the seat in the last general election)," he said.

However, Mohamad Sofee said he had not held any discussions with Sivaraj about BN giving way to PH, as this was a matter for the top leaders of both coalitions to decide.

On Tuesday (Nov 29), Amanah announced that its candidate contesting on the PH ticket in the Tioman state seat would make way for the BN candidate to increase the latter's chances of winning.

The Tioman and Padang Serai contests in the 15th general election (GE15) were postponed following the death of a candidate in each seat. Polling for both seats will now be held on Dec 7.

No directive for BN to give way in Padang Serai, says candidate Sivaraj have 666 words, post on www.theedgemarkets.com at December 1, 2022. This is cached page on Business News. If you want remove this page, please contact us.