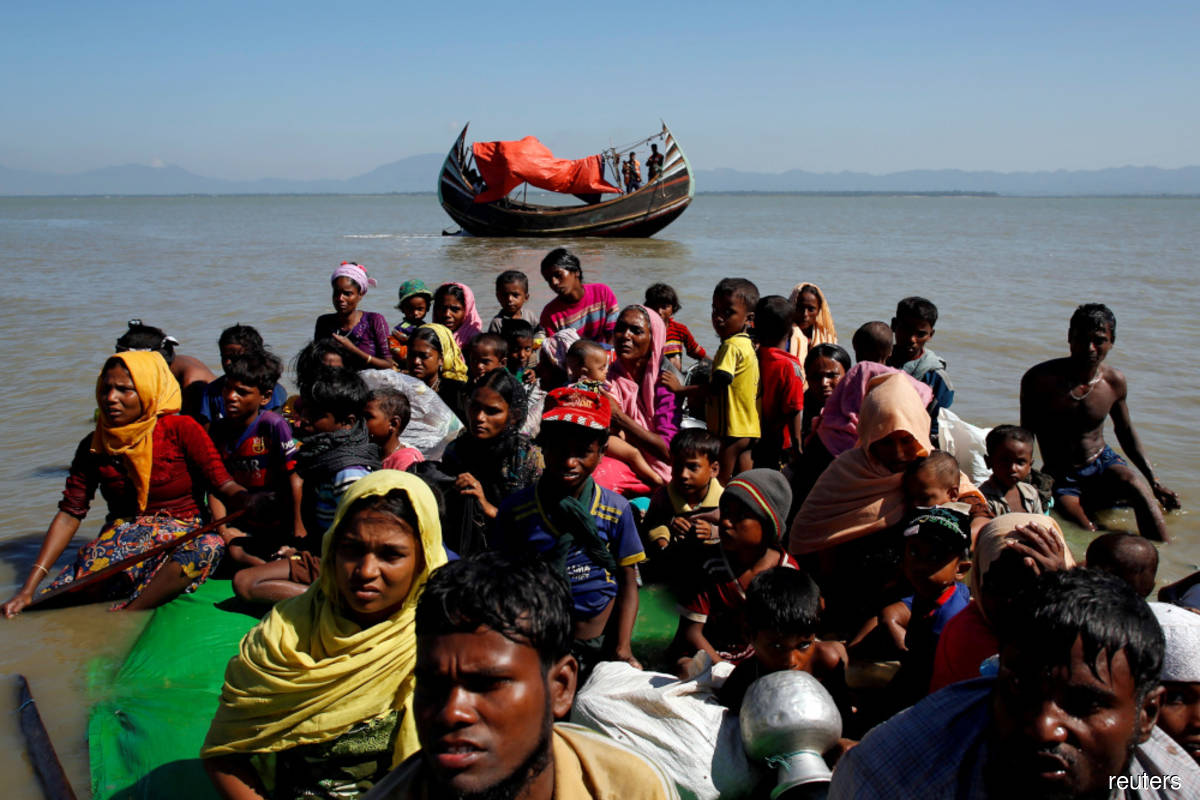 BANGKOK/NEW DELHI (Dec 7): At least 150 ethnic Rohingya are stranded at sea off Thailand after their boat broke down, activists said on Wednesday, adding that several may have died and urging authorities to rescue the survivors.

Each year, many Rohingya, members of a Muslim minority, risk their lives boarding rickety vessels to escape violence in Myanmar and squalor in Bangladesh refugee camps. Many attempt to reach Malaysia.

The number attempting the treacherous journey has surged following deteriorating conditions in the camps and last year's military coup in Myanmar, which brought the army back to power.

The vessel left Bangladesh in late November and began to leak when it was off the coast of Ranong, in southern Thailand, said Chris Lewa, director of rights group the Arakan Project, citing interviews with relatives of passengers.

"(They have) almost run out of food and water on the boat," she said, adding that men were desperately trying to scoop water out of the vessel.

She said those on board said they had seen a Thai navy boat but it did not help.

A Thai navy officer told Reuters by phone that the boat had not entered Thai waters and was currently in Indian territory. The officer spoke on condition of anonymity because they were not authorised to speak to media.

The exact location of the vessel remained unclear.

An Indian Coast Guard official said they had received information about a boat being stranded with people on board but said it was not in Indian waters. The official did not comment when asked where the boat was at present.

Siyeed Alam, a Thailand-based Rohingya activist who also said he spoke to relatives of those on board, said some passengers had died. Reuters was not able to independently confirm this.

"Their condition is very bad… (they are) emaciated and if there is no help, they will die," he said.

The UN refugee agency (UNHCR) on Friday said this year had seen a "dramatic increase" in the number of people attempting to cross the Andaman Sea between Myanmar and Bangladesh. At least 1,900 people had made the crossing, one of the world's deadliest, six times more than in 2020.

At least 119 have died attempting the journey this year alone, the agency said.

A spokesperson for UNHCR in Thailand said the agency was "deeply concerned by the current situation aboard" the boat and was advocating that Thai authorities rescue them and help them disembark safely.

More than 730,000 Rohingya Muslims fled Myanmar in 2017 after a military crackdown, and settled in sprawling makeshift camps in southern Bangladesh.

Myanmar's military said soldiers were carrying out a legitimate campaign against insurgents who attacked police posts. It denied accusations of widespread atrocities.

More than 150 Rohingya stranded on leaking boat off Thai coast, say activists have 618 words, post on www.theedgemarkets.com at December 8, 2022. This is cached page on Business News. If you want remove this page, please contact us.