While other red states, such as Florida and Oklahoma , are taking action against gender identity lessons and CRT within schools, the state of Utah is embracing it despite being considered one of the most conservative states in the country. School are accepting the sexually explicit content and CRT lessons within the classroom despite parent pushback, Utah-based conservative activists told the DCNF.

"There are a couple of problems being taken advantage of," Jared Whitley, an Utah GOP consultant, told the DCNF. "One is that many Utahans have an almost pathological need to be seen as nice, so sometimes we don't push back like we need to and we get taken advantage of. And the other problem is complacency. When everyone in your state or your district in a place of power has been representative of your culture for so long, you kind of lower your guard."

In July, Nebo School District, which has approximately 35,000 students, gave parents of elementary-school-aged children the option of registering their child for school as transgender or non-binary.

"This is a generic registration form, but it doesn't change the fact that still parents of rising first graders have to sign that form and have to fill out the form," Wenyuan Wu, based in Utah and executive director of Californians for Equal Rights Foundation, a group working towards equal rights in education, told the DCNF. "That's still problematic and coming from Utah, a traditionally conservative area, makes the case more bizarre or more intriguing."

Since May, residents from nine of Utah's school districts have sent more than 280 complaints about sexually explicit content to the Utah Department of Education. Though others are under review, 84 books were removed from the schools, with 63 available to students who obtain parental permission.

"It's a testimony to how powerful these teachers unions are, that they can ram this stuff in over the wishes of parents and state governments," Whitley told the DCNF. "That is part of how this insanity gets into the school system. "

In other red states, leaders are pushing legislation to ban CRT and gender identity lessons in schools; Oklahoma Republican Gov. Kevin Stitt signed HB 1775 into law, which bans CRT from being taught in the classroom and has punished schools within the state who have been found violating the law. When an Oklahoma teacher quit after violating the CRT ban, Oklahoma Education Secretary Ryan Walters suggested that any teacher wishing to push CRT in the classroom "find a new job." 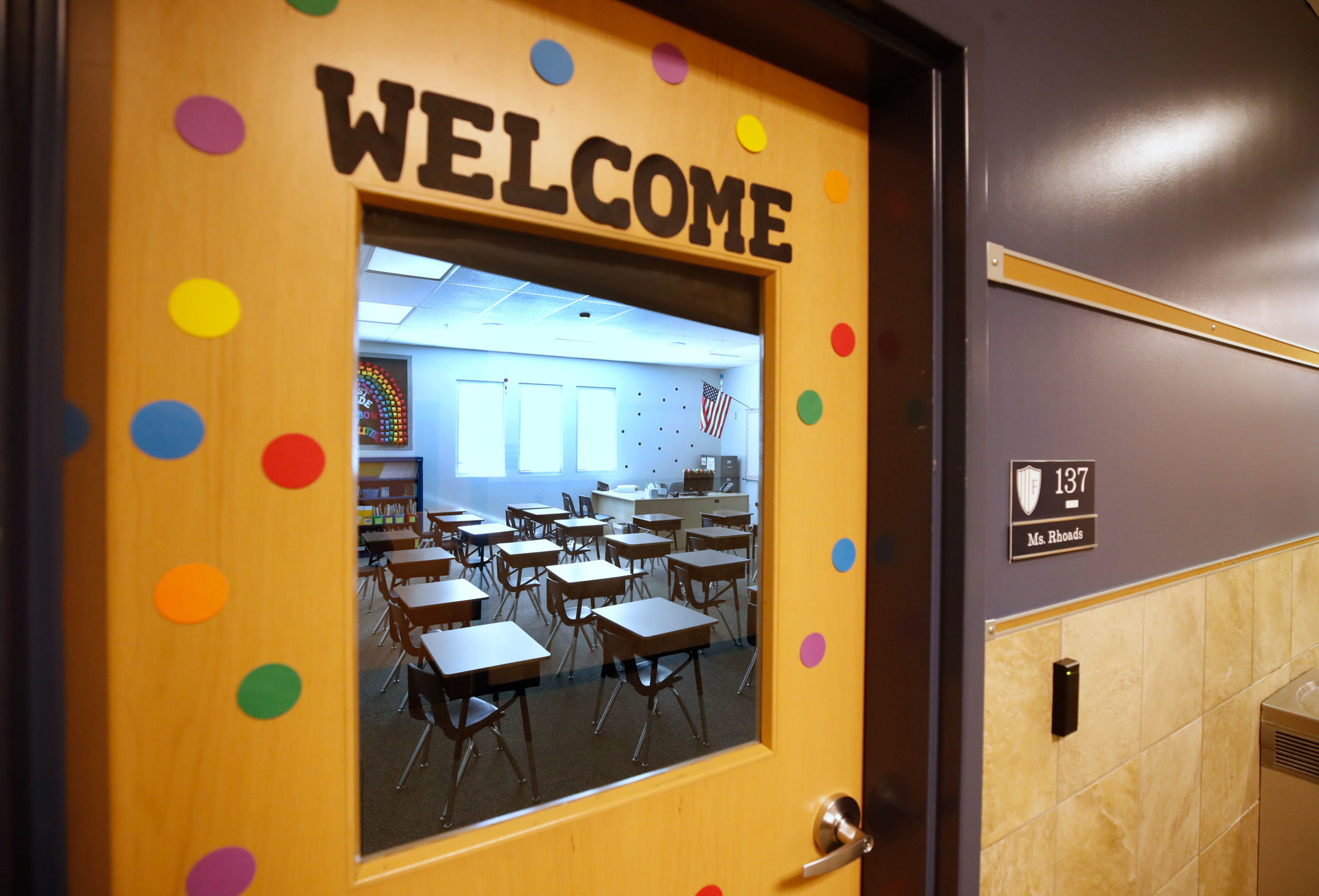 A classroom sits ready for students at Freedom Preparatory Academy as teachers begin to prepare to restart school after it was closed in March due to COVID-19 on August 13, 2020 in Provo, Utah. The school is planning to have students return on August 18 for five days a week instruction, but with reduced hours during the day. (Photo by George Frey/Getty Images)

Parents across the state have documented CRT in the classroom, including instances where white students were asked to "acknowledge their own racism," according to the Utah Parents United website . Other instances included students participating in a "privilege walk" to demonstrate how "white kids have it so easy."

"It looks like kindness and tolerance," Cari Bartholomew, parental advocate and Conservative Americans For Equality, a group focused on protecting freedom and children, told the DCNF. "Well, who wouldn't want to be those two things? But what they're not recognizing is that this kind of kindness, tolerance and unity, it's all been done before. It's just a guise for the opposite. I always say diversity, equity and inclusion means no diversity of thought. Equity means equal outcomes, not equal opportunity. Inclusion means including people who think and act just like you. Everybody else is excluded."

All content created by the Daily Caller News Foundation, an independent and nonpartisan newswire service, is available without charge to any legitimate news publisher that can provide a large audience. All republished articles must include our logo, our reporter's byline and their DCNF affiliation. For any questions about our guidelines or partnering with us, please contact [email protected] .

‘Complacency’: Red State Utah Embraces Gender Identity And CRT In Schools Despite Parental Pushback have 1331 words, post on dailycaller.com at December 3, 2022. This is cached page on Business News. If you want remove this page, please contact us.