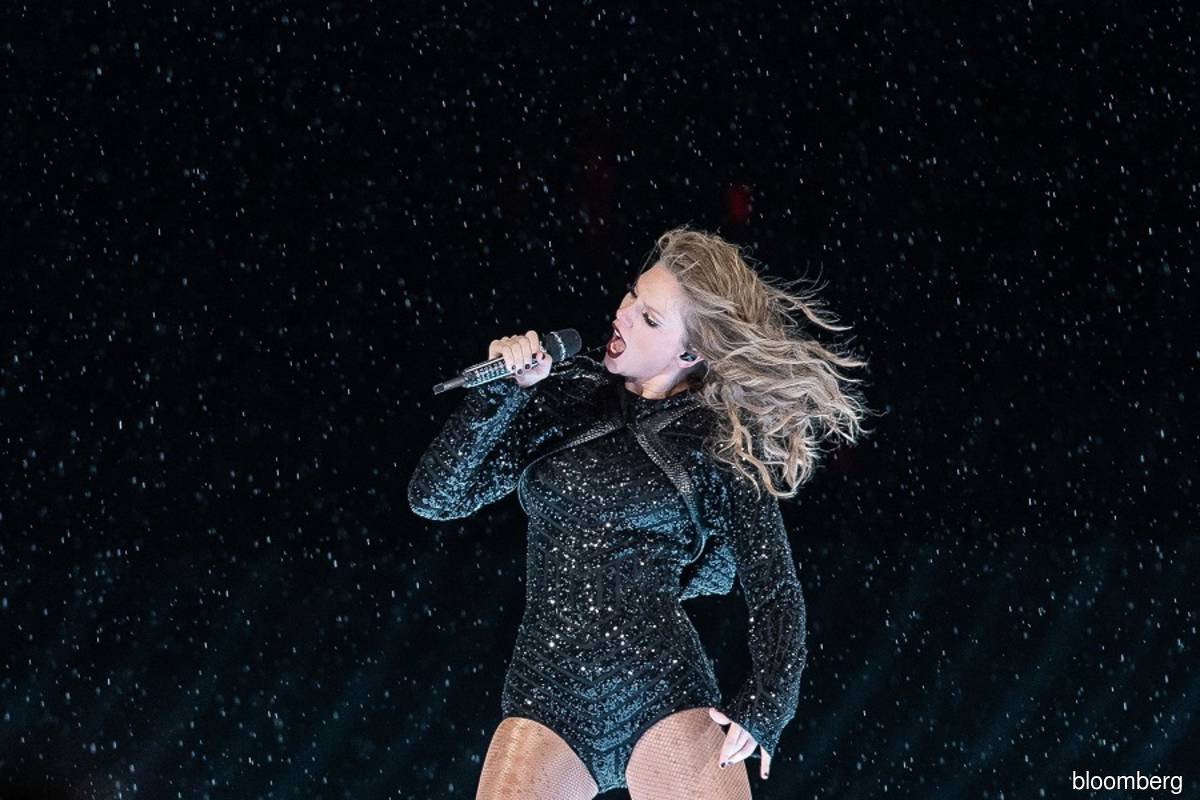 Taylor Swift's upcoming US tour of 52 concerts has all the ingredients of a post-Covid demand shock. Some resellers reportedly asked US$40,000 or more for concert tickets following last week's run on official sales, which left millions empty-handed and ready to pay whatever it takes to score a seat.

Swifties, as the popstar's fans are known, aren't necessarily your average American, but they capture the current moment in the post-Covid economy. Even as recession looms, many consumers are willing to splurge on what they missed at the height of the pandemic — whether it's travel or live entertainment.

Swift's fans represent an extreme version of that turbocharged consumer: millions of mostly Millennials and Gen Zs who waited at least four years to see the superstar live again and emerged from the pandemic with historically high rates of savings.

"Concerts are seen as an affordable luxury in times of crisis," said Lisa Yang, a Goldman Sachs Group Inc analyst who publishes the bank's annual "Music in the Air" report on the global industry.

Right now, Swift's "The Eras Tour" tickets are available only on the secondary market and they're anything but cheap. About 2.4 million were sold last week before Ticketmaster suspended the official pre-sale. The ticketing company's site crashed under the pressure of some 14 million people trying to get seats.

Among them was Melissa Kearney, an economics professor at the University of Maryland who is now experiencing first-hand the basic laws of supply and demand. The mother of two Swifties, ages 12 and 15, said she's looking at secondary-market prices after failing to score tickets.

"There's nothing more than this that they want in the world," said Kearney, who directs the Aspen Economic Strategy Group. "The pandemic in general changed the way people think about what's really important to them, and what brings them joy."

In the early 2000s, the late economist Alan Krueger came up with the concept of "Rockonomics" to explain the economy through the lens of the music industry. Krueger often used Swift, who released her debut album in 2006 at the age of 16, as an example of someone who played with strategies that boosted concert and product sales, calling her "an economic genius".

His pupils agree. "She's almost becoming a whole category," said Carolyn Sloane, who teaches a "Rockonomics" class at the University of California at Riverside. "People don't really see a great substitute for going to a Taylor Swift show. They really want to see her live, and I say that as a fan myself."

Other artists, including Bruce Springsteen, have proved fans are ready to pay sky-high prices for mega post-Covid live events — recession be damned.

Meanwhile, Swiftonomics is a crash course on another concept: monopoly. Politicians and attorneys general seized on the moment to renew their criticism of Ticketmaster, a dominant player in the live-music industry.

Even before last week, Ticketmaster and parent company Live Nation Entertainment Inc were at the centre of an antitrust investigation by the Department of Justice over whether the platform is abusing its power, according to people familiar with the probe.

Live Nation said Ticketmaster is a leader because of the quality of its platform, not any anticompetitive business practices. And Ticketmaster apologised to Swift fans, saying it would work on its system going forward. Swift herself said it was "excruciating" to watch mistakes happen.

Ultimately, the singer is the mastermind behind the supply. She has chosen to play at high-capacity stadiums, and has added new concerts. Still, there's frenzy around her tours. "Very often, you have the sense that scarcity increases demand," said Pascal Courty, an economist at the University of Victoria in Canada who researches resale markets for tickets.

One of the biggest questions in the broader economy is whether consumers will continue to spend as interest rates and joblessness increase.

Swiftonomics probably won't help answer. It's its own economic microcosm, and fans just shake it off.

"I hesitate to read too much into people's willingness to pay exorbitant amounts for Taylor Swift tickets in terms of what that says about the health of the US economy," said Kearney, the Swiftie-parent economist. "I'm more inclined to read into it that for the die-hard Taylor Swift fans — of which there are many — the demand for tickets is nearly inelastic."

Welcome to ‘Swiftonomics’: What Taylor Swift reveals about the US economy have 1213 words, post on www.theedgemarkets.com at November 24, 2022. This is cached page on Business News. If you want remove this page, please contact us.