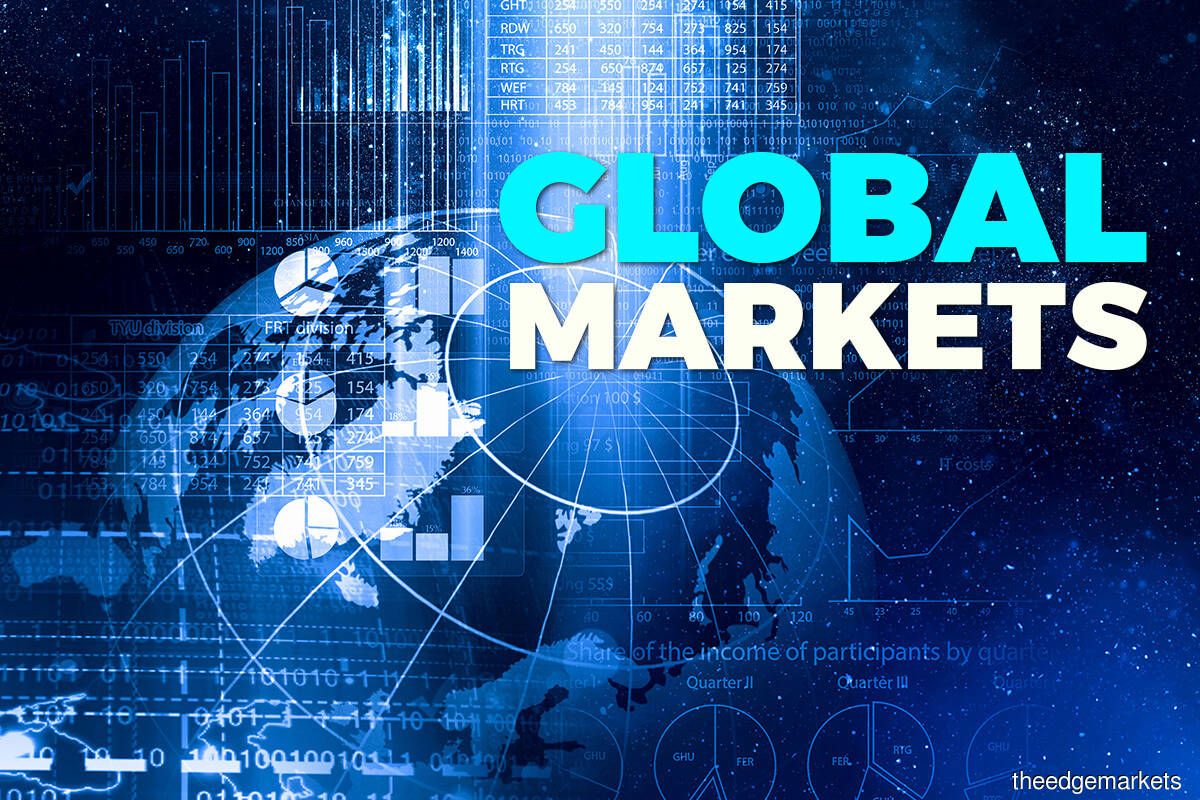 LONDON (Oct 6): Global shares rose on Thursday (Oct 6) as the US dollar eased ahead of US jobs data that could offer a steer on the outlook for interest rates, while oil prices surged after OPEC+ agreed to cut output.

Investors are anxiously waiting for confirmation from Friday’s US non-farm payrolls report of the resilience of the world’s largest economy.

Right now, a mixed picture is forming, after job openings figures suggested hiring is slowing, while measures of private-sector employment and service sector activity pointed to a stronger September than many had expected.

The US dollar, which has been on a seemingly unstoppable upward path this year, retreated on Thursday, feeding some risk appetite and boosting the commodities complex, where oil was holding around its highest in three weeks.

The overarching view, however, is that Friday’s jobs report will do little to weaken the Federal Reserve’s determination to raising interest rates fast to tackle inflation — a view confirmed by a number of central bank officials overnight.

“The Fed officials have been giving out a clear message lately on the goal of getting inflation under control, without being concerned about the domestic economy or the turmoil in the global financial markets,” Saxo Bank strategist Charu Chanana said.

“While the two key indicators, Friday's monthly payroll report and the monthly CPI data on Oct 13, could still distort the market pricing of the Fed's message, that would make the Fed's job that much harder.”

The MSCI All-World index of global shares was up 0.3% on the day, heading for a week-on-week gain of 5.3%, its largest weekly increase since the week of March 18 this year. This is on the heels of September’s 9.7% decline.

Overnight, San Francisco Federal Reserve President Mary Daly underscored the US central bank’s commitment to curbing inflation with more interest rate hikes, although she also said the Fed will not simply barrel ahead if the economy starts to crack.

Complicating the near-term outlook further is next week’s data on US consumer inflation, which is expected to have slowed for a third month in September to 8.1%, still its highest since the mid-1980s.

“We’re in two environments right now and the market is trying to decide whether we are in an inflationary or recessionary one,” Justin Onuekwusi, head of EMEA retail investments at Legal & General Investment Management, said.

“What this means in the short term is that good news is bad news as the Fed is seen putting its foot on the brakes harder if we get good data, and if we get weaker data it’s seen as a sign that Fed and other central banks will loosen (monetary policy) earlier,” he said.

US non-farm payrolls data is due on Friday and analysts polled by Reuters expect 250,000 jobs were added last month. This would mark the smallest increase so far in 2022. The unemployment rate is expected to come in at 3.7%.

The US dollar eased 0.1% against a basket of major currencies on Thursday, after having risen 0.7% the day before, while US Treasury yields were up just 2 basis points at 3.78%.

Just as investors appeared to get some respite from a relentless march higher in energy costs — not least in Europe, where consumers are facing a doubling in their utility bills compared with last year — crude oil jumped for a fourth day.

The Organization of the Petroleum Exporting Countries and its partners, including Russia, have agreed to the deepest cut in production since the Covid-19 pandemic began, choking off supply to an already tight market.

Oil is up about 15% so far this year, but it’s a far cry from the near-record of US$139.13 a barrel in early March. Concern over economic slowdown has seen the price fall in four out of the last five months.

Meanwhile, in Europe, stocks bounced back after a dip in the previous session, with investors awaiting more economic data and minutes of the European Central Bank’s September meeting for clues on the pace and path of rate hikes.

Stocks gain as US dollar eases, oil gets a boost from OPEC+ deal have 936 words, post on www.theedgemarkets.com at October 6, 2022. This is cached page on Business News. If you want remove this page, please contact us.