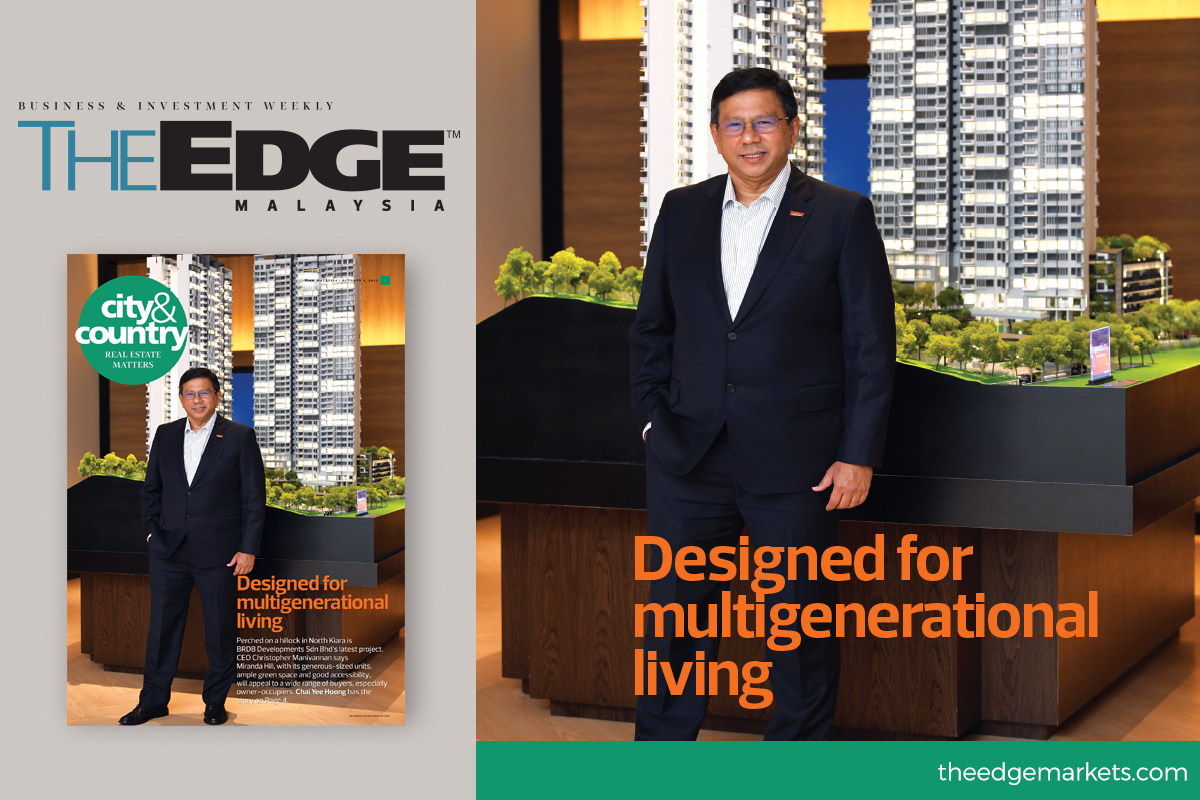 The freehold condominium project, which has a gross development value of RM600 million and is offering 552 units over two 35- and 37-storey towers on a 7.84-acre parcel, is planned to be officially launched in January 2023 and slated for completion in the first quarter of 2028.

According to CEO Christopher Manivannan, Miranda Hill is the second project or phase on the originally 11-acre parcel, which the company acquired in 2003. The first phase was Verdana, comprising 298 condominium units on five acres, which was completed in 2014.

“After Verdana was built, we had a balance of six acres and subsequently bought an adjoining 1.25-acre parcel in 2015 to amalgamate with the remaining land. This allows for better design and accessibility,” he tells City & Country in an exclusive interview.

Like Verdana, Miranda Hill is one of the few developments in the area that will have the advantage of two access points, cutting travel time to Mont’Kiara and Jalan Segambut.

“Coupled with its location that is a 15-minute drive from KLCC, and the fact that it is a freehold, residential titled property, Miranda Hill ticks all the boxes and is a desirable property to live in,” says Christopher.

Designed for multigenerational living have 346 words, post on www.theedgemarkets.com at October 2, 2022. This is cached page on Business News. If you want remove this page, please contact us.