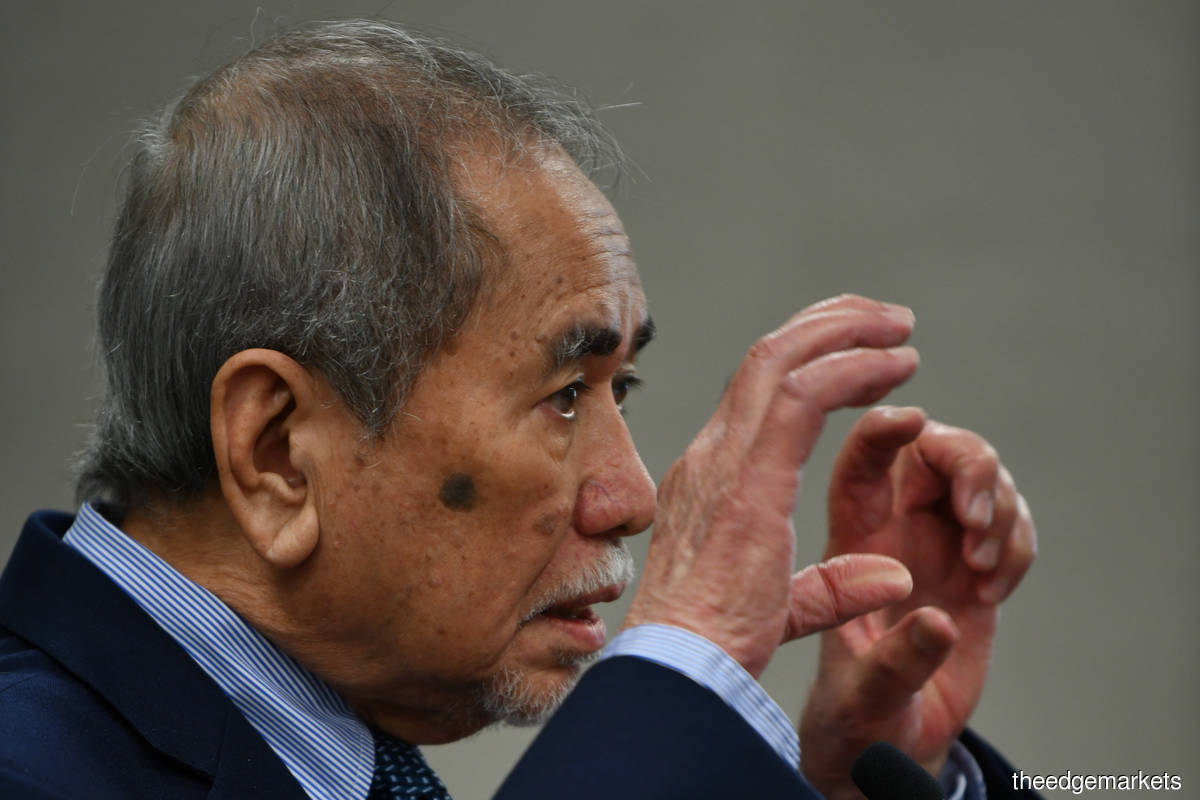 Wan Junaidi added that the Government remains committed to ensuring that the law banning members of the Dewan Rakyat from changing parties is enacted to protect the rights of the people — who have placed high trust in the representatives who were elected during the election process. (Photo by Mohd Suhaimi Mohamed Yusuf/The Edge)

KUALA LUMPUR (Oct 4): The Constitution (Amendment) (No. 3) Act 2022 (Act A1663), also known as the anti-party-hopping law, is to be enforced on Wednesday (Oct 5), said Minister in the Prime Minister’s Department (Parliament and Law) Datuk Seri Dr Wan Junaidi Tuanku Jaafar.

In a statement, the minister explained that the Act was approved by the Yang di-Pertuan Agong on Aug 31 and gazetted on Sept 6.

“His Majesty the Yang di-Pertuan Agong has also approved the effective date of the Act of Oct 5 in accordance with Section 1(2) and Section 1(3) of the Act.

"With the setting of a new effective date for the Act from Oct 5, the amendments to Section 7A of the Eighth Schedule, Clause 6 Article 48, Article 160 and new Clause 3A Article 10 as well as new Article 49A can be enforced immediately.

"This further allows the application of Act A1663 at the state level, subject to the approval of the Sultan/His Excellency/King of the state concerned," he said.

Wan Junaidi added that the Government remains committed to ensuring that the law banning members of the Dewan Rakyat from changing parties is enacted to protect the rights of the people — who have placed high trust in the representatives who were elected during the election process.

PM has discretion to decide when Parliament should be dissolved

Meanwhile, speaking to reporters at a press conference in Parliament afterwards, Wan Junaidi said the prime minister has the discretion to decide when Parliament should be dissolved.

However, the dissolution of Parliament ultimately depends on the approval of the Yang di-Pertuan Agong, he added.

“This is because the Constitution says that the Yang di-Pertuan Agong can accept or delay an application from the prime minister.

“Only since the country became independent in 1957, the prime minister has never discussed with the Cabinet (about the dissolution), but two weeks ago, the Cabinet discussed the need for Prime Minister [Datuk Seri Ismail Sabri Yaakob] to meet the Yang di-Pertuan Agong for the dissolution of the council.

“Even if there is no agreement, the prime minister can use his discretion, without saying when the date is. At least the Cabinet already knows that the idea has been discussed,” he said.

Wan Junaidi said this when asked about the dissolution of Parliament and the need for the prime minister to get a decision from the Cabinet first before facing the Yang di-Pertuan Agong.

Commenting further, Wan Junaidi said that based on Article 39 of the Constitution, the Government is administered by the Yang di-Pertuan Agong through the Cabinet of Ministers.

Before the Cabinet of Ministers is formed, the Yang di-Pertuan Agong must first appoint the prime minister.

“That is why we have seen the practice since independence until 1963, the prime minister never discussed with anyone [regarding the issue of dissolution] except maybe with certain leaders.

Anti-party-hopping law to be enforced on Wednesday, says law minister have 738 words, post on www.theedgemarkets.com at October 4, 2022. This is cached page on Business News. If you want remove this page, please contact us.