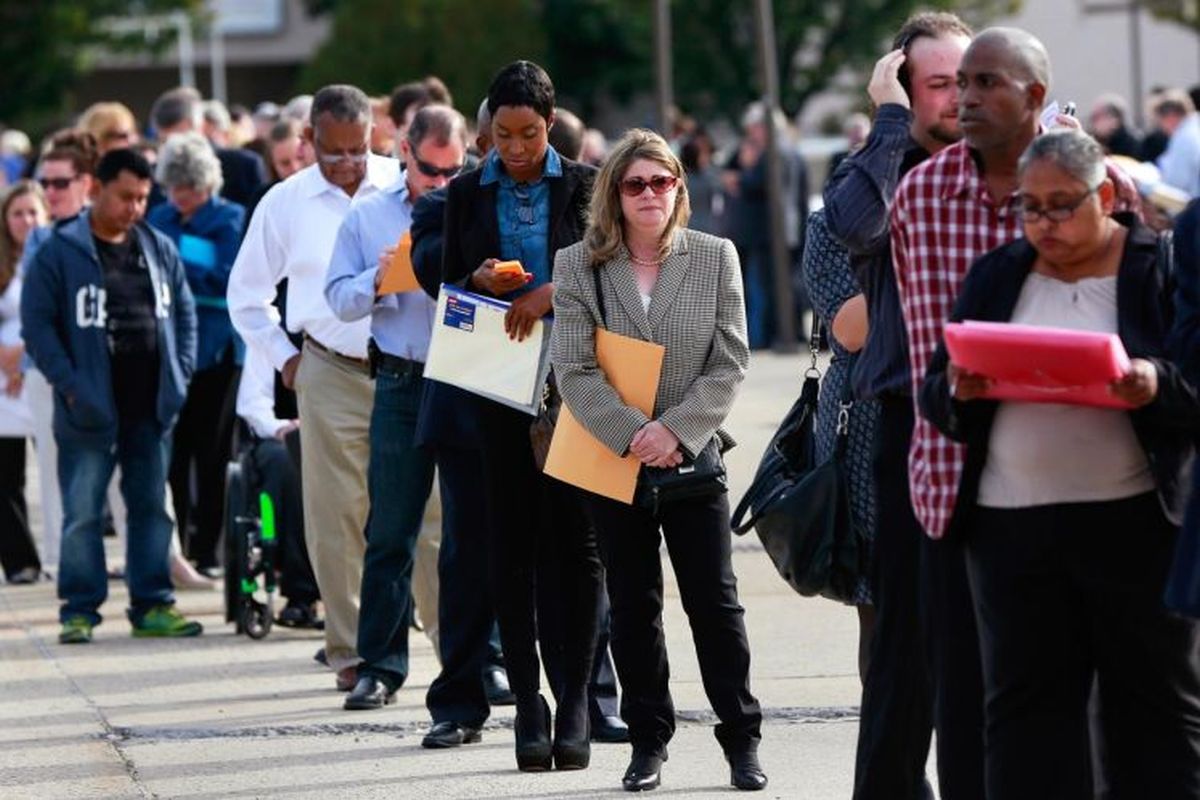 The weekly unemployment claims report from the Labor Department on Thursday, the most timely data on the economy’s health, suggested that job growth remained solid this month. The US central bank delivered a 75-basis-point rate hike on Wednesday, its third straight increase of that magnitude. It signaled more large increases to come this year.

“Fed officials are hitting the brakes hard, but so far employers are just giving this policy a great, big yawn and holding on tight to their workers,” said Christopher Rupkey, chief economist at FWDBONDS. “It’s either that or there is some sort of stealth job losses where those made redundant are not getting unemployment benefits.”

Initial claims for state unemployment benefits rose 5,000 to a seasonally adjusted 213,000 for the week ended Sept 17, the Labor Department said on Thursday. Data for the prior week was revised to show 5,000 fewer applications filed than previously reported. Economists polled by Reuters had forecast 218,000 applications for the latest week.

Fed Chair Jerome Powell told reporters on Wednesday that “there’s only modest evidence that the labour market is cooling off,” describing it as continuing “to be out of balance.”

Since March, the Fed has raised its policy rate by three percentage points to the current range of 3% to 3.25%.

Unadjusted claims rose 19,385 to a still-low 171,562 last week. There was a surge in applications in Michigan and notable increases in California, Georgia, Massachusetts and New York. Only Indiana reported a significant decrease in filings.

Economists say companies are hoarding workers after experiencing difficulties hiring in the past year as the Covid-19 pandemic forced some people out of the workforce, in part because of prolonged illness caused by the virus.

There were 11.2 million job openings at the end of July, with two jobs for every unemployed person.

Stocks on Wall Street were trading lower. The dollar rose against a basket of currencies. US Treasury prices fell.

The claims report covered the period during which the government surveyed businesses for the nonfarm payrolls portion of September’s employment report.

Applications fell 32,000 between the August and September survey periods, suggesting job growth maintained its brisk pace this month. Payrolls increased by 315,000 jobs in August. Employment is now 240,000 jobs above its pre-pandemic level.

Expectations for solid job gains in September were supported by data on Thursday from time management firm UKG showing its monthly workforce recovery index was unchanged from August.

“With slight declines in workforce activity in six of the last seven months, we are not seeing any indication of widespread layoffs, at least among industries reliant on hourly workers,” said UKG Vice President Dave Gilbertson.

The claims report showed the number of people receiving benefits after an initial week of aid decreased 22,000 to 1.379 million in the week ending Sept 10. Data next week on the so-called continuing claims, a proxy for hiring, will shed more light on September’s employment picture.

The Fed on Wednesday raised its median forecast for the unemployment rate this year to 3.8% from its previous forecast of 3.7% in June. It boosted its estimate for 2023 to 4.4% from the 3.9% projected in June, a move that economists viewed as recessionary. The jobless rate rose to 3.7% in August from 3.5% in July.

“Historically, an increase in the unemployment rate of this magnitude over a year has been followed by a recession,” said Ryan Sweet, a senior economist at Moody’s Analytics in West Chester, Pennsylvania. “The jury is still out on whether the Fed can pull off a soft landing.”

Recession risks are rising, with a third report from the Conference Board showing its Leading Economic Index fell 0.3% last month after decreasing 0.5% in July. The index, a gauge of future US economic activity, dropped 2.7% between February and August, reversing a 1.7% increase over the prior six months.

That pushed the six-month average change in the index below -0.4%, a threshold historically associated with a recession.

“The fact that the six-month change has breached the historical recession threshold does not guarantee that a recession is imminent, but it does signal economic weakness is broadening,” said Shannon Seery, an economist at Wells Fargo in New York. “That combined with a continued tightening in financial conditions due to aggressive Fed tightening suggests a recession may be harder to avoid.”

US labour market resilient as recession signals grow stronger have 930 words, post on www.theedgemarkets.com at September 23, 2022. This is cached page on Business News. If you want remove this page, please contact us.