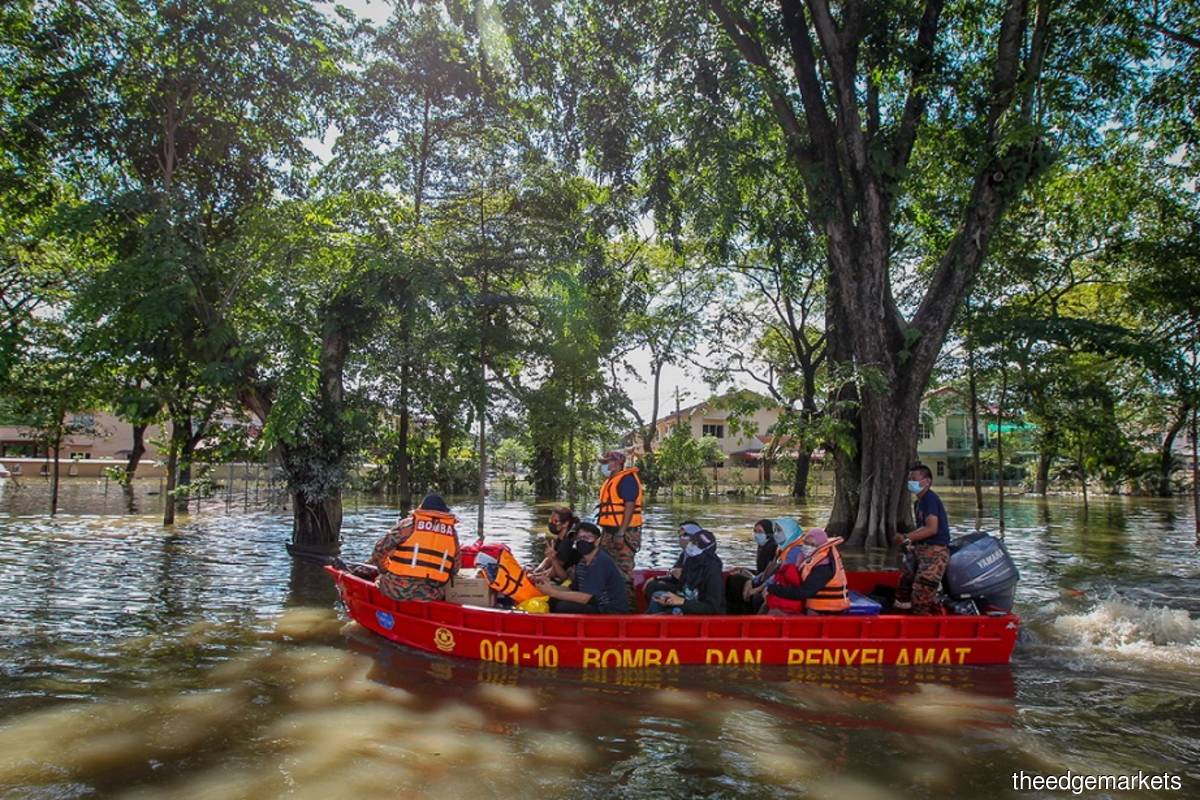 SHAH ALAM (Sept 29): The Selangor government's preparation to deal with floods at the end of this year has reached 80%, including the placement of rescue assets in each district.

"The remaining 20% will be translated during the actual incident, which involves movement aspects during search and rescue operations," said Menteri Besar Datuk Seri Amirudin Shari.

Speaking to reporters after officiating at the Selangor Disaster Simulation and Training programme here on Thursday (Sept 29), he said a total of RM4 million in donations from the public during the Covid-19 pandemic and last year's floods and RM1 million in special funds from the Selangor government had been allocated for flood preparations this year.

He said that through the allocation, the state government will provide the necessary equipment to deal with floods, including satellite phones, which are needed in the event of a power outage or disruption to communication lines.

Commenting on the alleged corruption case involving the Shah Alam City Council (MBSA), Amirudin said the state government is giving the Malaysian Anti-Corruption Commission the space it needs to conduct a thorough investigation.

He said the state government and MBSA have yet to award contracts to any contractors for the Shah Alam flood mitigation projects, and dismissed the allegations that a cartel was monopolising the project.

Meanwhile, Divisional Secretary (Management Services) at the office of the State Secretary, Muhamad Shah Osmin, said Selangor received a total of 8,543 cubicle tents from the Yayasan Sultan Ibrahim Johor (YSIJ) in phases since May.

"We have distributed these tents to all districts in Selangor to speed up assistance to flood victims, in the event of an unwanted incident. The distribution is based on the rate of flood risk by district," he said.

Selangor govt 80% ready to face floods, says MB have 528 words, post on www.theedgemarkets.com at September 30, 2022. This is cached page on Business News. If you want remove this page, please contact us.