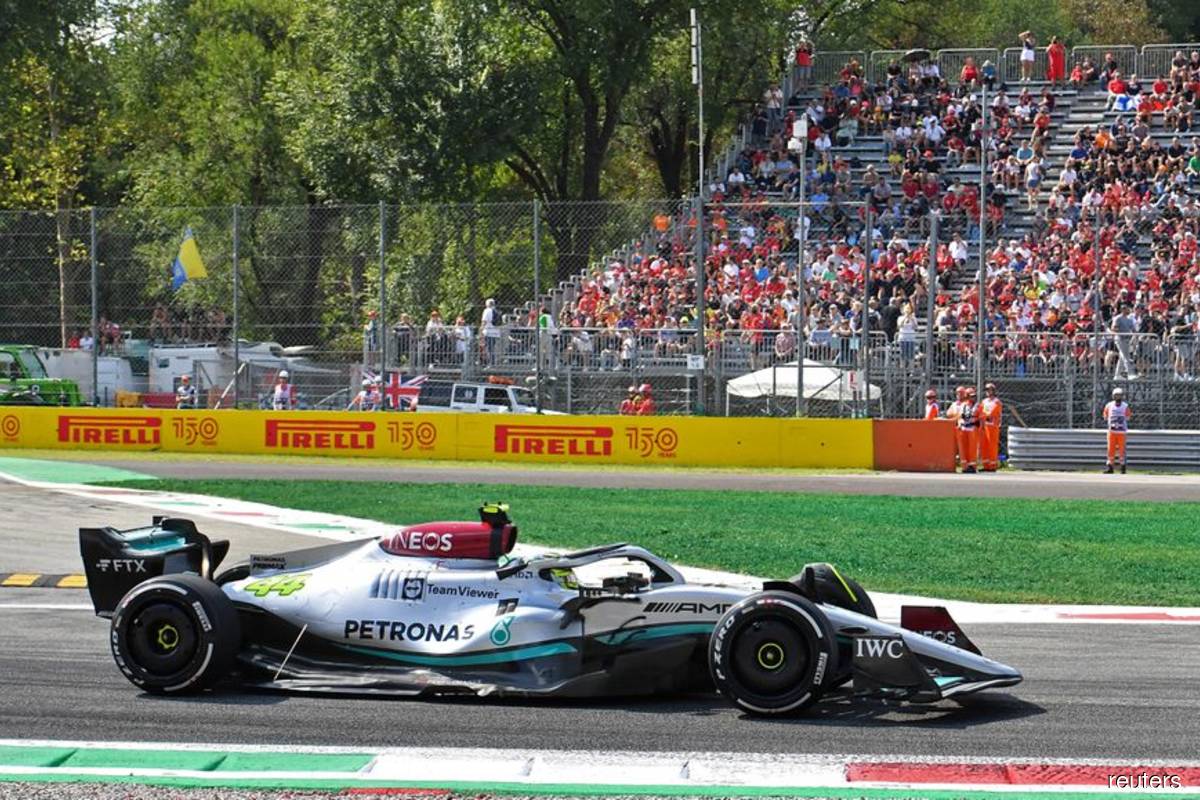 Mercedes has won the last eight constructors’ titles and has been with Petronas since it returned to the sport with its own team in 2010.

Seven-times world champion Lewis Hamilton and fellow-Briton George Russell are yet to win a race after 16 rounds of this season, however.

“Today, we are doing something a little bit unusual — announcing a partnership that will begin in four years’ time,” said Mercedes team principal Toto Wolff.

“This sends an important message: Our team and Petronas are no longer just partners, we are family, and we will be one team for many more years to come.”

Formula One’s engine rules are changing in 2026, with significantly increased electrical power and a commitment to 100% sustainable fuels.

Petronas president and group CEO Tengku Muhammad Taufik said the company looks forward to the next chapter, with a focus on providing advanced sustainable fuel for Mercedes and customer teams.

Wolff, Hamilton and Russell were in Kuala Lumpur before travelling to Singapore for this weekend’s grand prix at the Marina Bay Street Circuit.

“I feel like this has been a year of growth. And I think it’s been empowering to have an experience like this,” Hamilton told reporters.

“There [are] people on our team that have joined, for example, in the seven or eight years of dominance that we had and have only known winning. And so, this has been a good experience for all of us.”

Mercedes is third in the championship, 35 points behind Ferrari but a massive 174 adrift of runaway leader Red Bull.

“I think if we can achieve that second place in the constructors’ championship, there’ll be a huge boost for all of us back at the factory, and also probably quite a huge blow to our rivals in Ferrari,” said Russell.

“Psychologically, it can be quite important, but nevertheless to see that improvement we’ve made through the season… I think it’s looking really good, going into next season.”

Ferrari started the season strongly, with Charles Leclerc winning two of the first three races and finishing second in the other, but have made driver and strategy errors, as well as suffering reliability issues.

Russell has been on the podium in four of the last five races.

Motor racing: Petronas staying with Mercedes F1 team beyond 2026 have 595 words, post on www.theedgemarkets.com at September 29, 2022. This is cached page on Business News. If you want remove this page, please contact us.