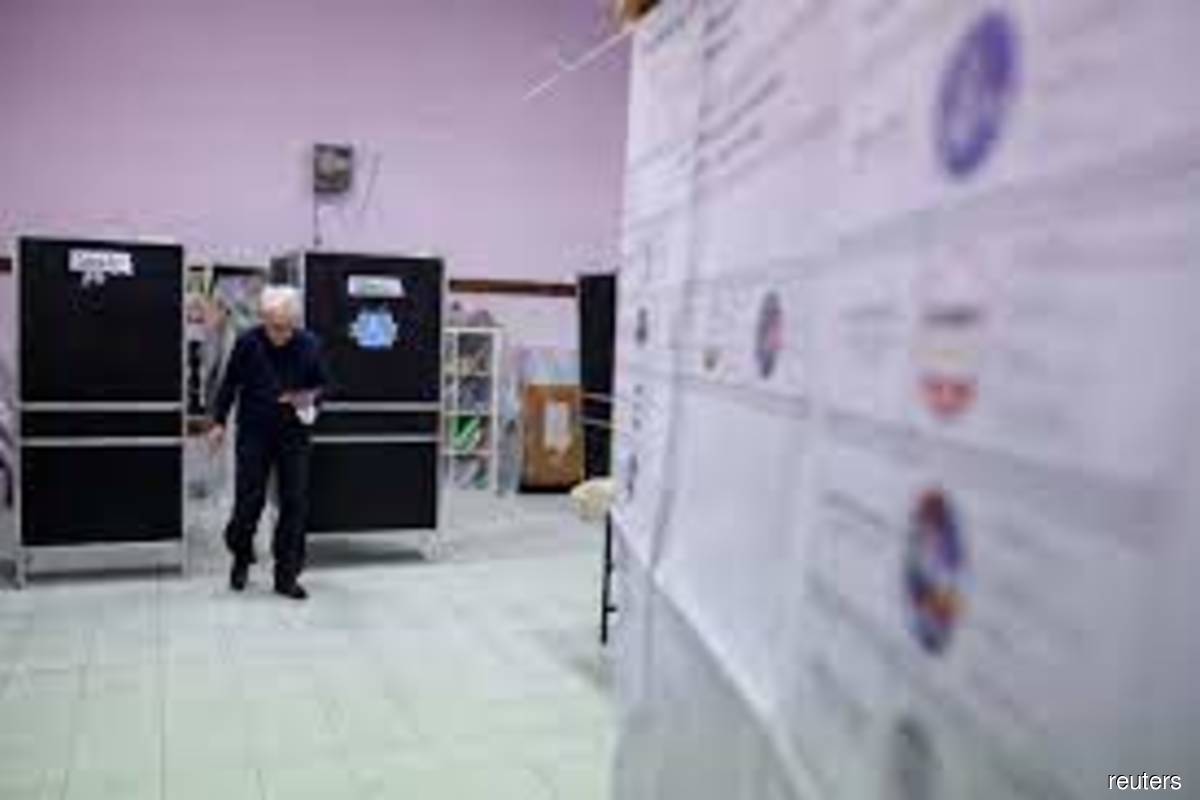 A man holds ballots in his hand as he walks inside a polling station during the snap election in Rome, Italy on Sunday, Sept 25, 2022. (Photo by Stoyan Nenov/Reuters)

ROME (Sept 25): Italians were voting on Sunday in an election that is forecast to return the country’s most right-wing government since World War Two and pave the way for Giorgia Meloni to become its first woman prime minister.

A right-wing alliance led by Meloni’s Brothers of Italy party appeared set for a clear victory when the last opinion polls were published two weeks ago.

But with a polls blackout in force in the two weeks before the election, there is still scope for a surprise.

However, the complex calculations required by a hybrid proportional/first-past-the-post electoral law mean it may be many hours before the composition of a new slimmed-down parliament is known.

“Long live democracy,” said Matteo Salvini, leader of the League party, one of Meloni’s main allies, as he voted in Milan on Sunday morning.

Meloni would be the obvious candidate for prime minister, as leader of an alliance that also features former premier Silvio Berlusconi’s Forza Italia.

Berlusconi, 85, also voted in Milan, wearing one of his typical double-breasted suits. Meloni was expected to vote in her home city of Rome later in the day.

A resident of Rome said he was hoping the right would win.

“The left, from what I hear, has no serious manifesto and the parties are on their own, whereas the right at least has a coalition,” said the voter, who gave his name as Paolo.

Turnout was around 19% at noon local time, according to provisional data, broadly in line with the 2018 national election. There had been speculation that a large number of Italians would opt not to vote after a low-key summer campaign.

Even if there is a clear cut result, the next government is unlikely to take office before late October, with the new parliament not meeting until Oct 13.

Victory would cap a remarkable rise for Meloni, whose party won only 4% of the vote in the last national election in 2018.

Meloni, 45, plays down her party’s post-fascist roots and portrays it as a mainstream conservative group. She has pledged to support Western policy on Ukraine and not take undue risks with an economy hit hard by rising prices.

Italy has a history of political instability and the next prime minister will lead the country’s 68th government since 1946 and face a host of challenges, notably rising energy costs.

The outcome of the vote will also be watched nervously in European capitals and on financial markets.

European Union leaders, keen to preserve unity after Russia’s invasion of Ukraine, are concerned that Italy will be a more unpredictable partner than under former European Central Bank chief Draghi.

For markets, there are the perennial worries about Italy’s ability to manage a debt pile that amounts to around 150% of gross domestic product.

Meloni tipped to be prime minister as Italians vote have 745 words, post on www.theedgemarkets.com at September 26, 2022. This is cached page on Business News. If you want remove this page, please contact us.