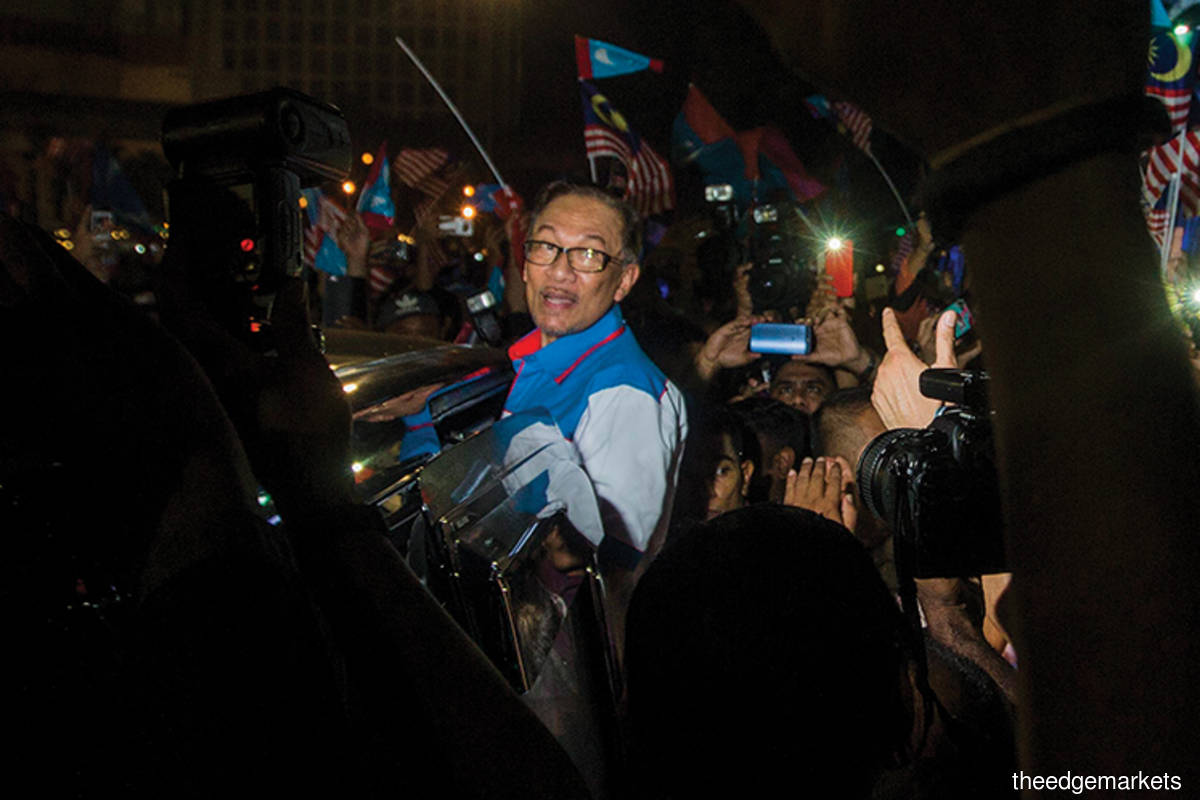 BATU KAWAN (Sept 25): PKR president Datuk Seri Anwar Ibrahim on Sunday (Sept 25) refuted claims that he will be contesting for the Ampang parliamentary seat in the 15th general election (GE15).

Anwar said he has yet to announce as to which seat he will be contesting for.

“I haven't said that I was going to contest in Ampang,” he told reporters after officiating the PKR Women Assembly here.

He said this when asked to comment on the statement by Batu Pahat Member of Parliament (MP) Datuk Mohd Rashid Hasnon, who claimed that the opposition leader would be contesting for the Ampang parliamentary seat.

The Dewan Rakyat deputy speaker reportedly said that Anwar is now targeting the Ampang parliamentary seat in GE15 because Pakatan Harapan (PH) leaders are not confident of winning the Malay majority seats.

GE15: Anwar denies eyeing Ampang seat have 361 words, post on www.theedgemarkets.com at September 26, 2022. This is cached page on Business News. If you want remove this page, please contact us.