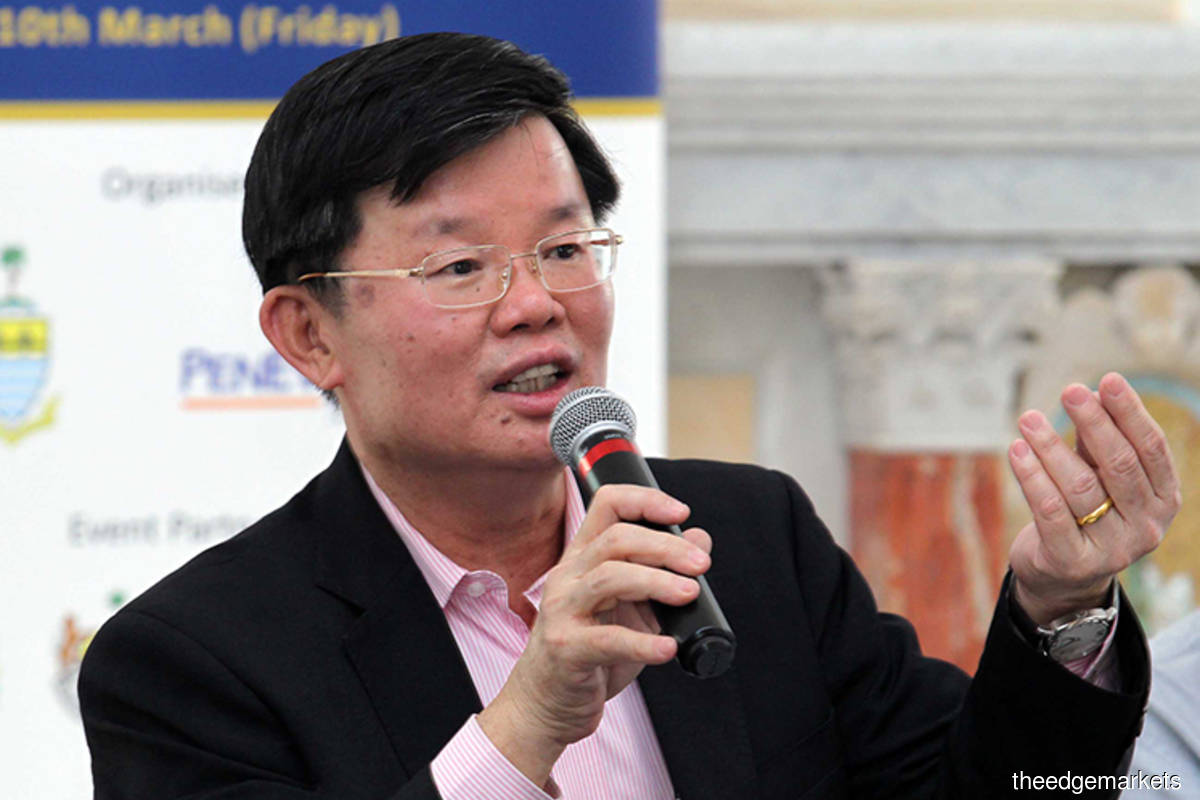 GEORGE TOWN (Aug 5):  The Penang government will leave it to the High Court to decide whether four assemblymen who withdrew support for the state government in 2020 should vacate their seats, said Chief Minister Chow Kon Yeow.

He said the State Executive Council had decided to instruct the state government’s solicitors to write to the High Court in Penang for an early date in respect of all three originating summons (OS) filed by the Seberang Jaya, Sungai Acheh, Bertam and Telok Bahang assemblymen.

Chow said the proceedings at the High Court were earlier put on hold, pending the determination of a legal question by the Federal Court.

He said the parties would now need to appear before the High Court to see whether the three OS should continue or be disposed of, in accordance with the Federal Court's unanimous decision.

“Any decision made by the High Court shall be part of the process in declaring the affected seats vacant, as the case may be; and guided by the Federal Court's unanimous decision, Article 14A of the Penang State Constitution is constitutional and shall remain as it is.

"As such, there shall not be any sitting to amend the Penang State Constitution,” he said in a statement here on Friday (Aug 5).

Chow said the Penang government remains resolute in upholding voters' mandate, and elected representatives must be held accountable for actions contrary to the given mandate.

Article 14A(1) of the State Constitution provides that a member of the legislative assembly shall vacate his seat if having been elected as a candidate of a political party, he resigns or is expelled from or ceases to be a member of the party.

In 2020, the four assemblymen — Zulkifli Ibrahim (Sungai Acheh), Afif Bahardin (Seberang Jaya), Khaliq Mehtab Mohd Ishaq (Bertam) and Zolkifly Md Lazim (Telok Bahang) — had filed three OS against the Penang State Assembly and State Assembly Speaker to challenge the constitutionality of Article 14A(1) of the Penang State Constitution, and to stop the four seats concerned from being declared vacant pursuant to Article 14A(1).

The Federal Court, in its decision on Wednesday (Aug 3), ruled that Article 14A  is not void, as it is not inconsistent with Article 10(1).

Up to High Court to decide on four assemblymen's fate, says Penang CM have 647 words, post on www.theedgemarkets.com at August 6, 2022. This is cached page on Business News. If you want remove this page, please contact us.