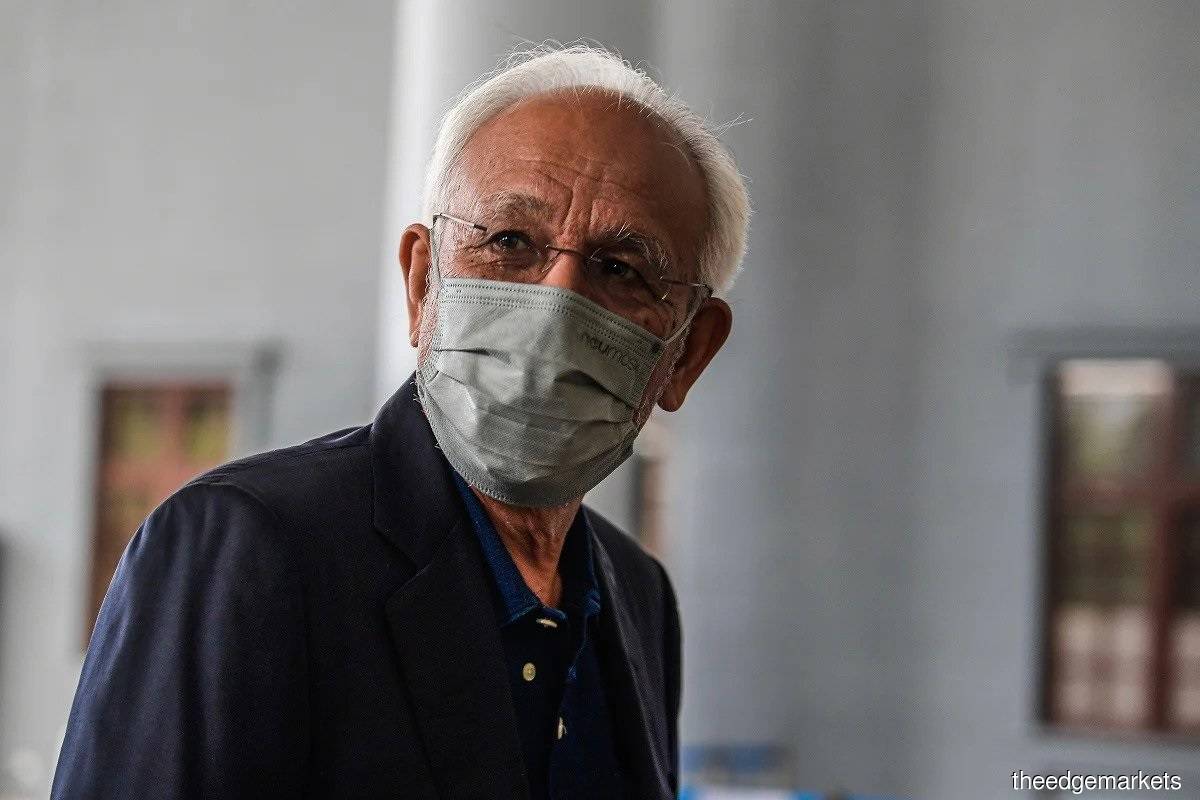 KUALA LUMPUR (Aug 9): The High Court here on Tuesday (Aug 9) heard that Taman Kebun Teh UMNO branch in Johor had received a cheque worth RM10,000 from former Felda chairman Tan Sri Shahrir Ab Samad for the expenses of a football tournament, nine years ago.

Its deputy chief Abu Bakar Abd Aziz, 72, said the donation was deposited into the Maybank Islamic account, which is the official account of the branch, on Dec 10, 2013.

“On Dec 13, 2013, a cheque worth RM7,000 was issued to Mohamad Danial Zainal Abidin who is the Taman Kebun Teh UMNO Youth chief for the expenses of the YB Tan Sri Shahrir Hj Ab Samad Football Tournament,” Abu Bakar said, adding that he had applied for the donation himself because Shahrir is the Johor Bahru UMNO division chief.

He said this when reading his witness statement at the trial of the former Johor Bahru MP, who is charged with failing to declare RM1 million which he received from Datuk Seri Najib Tun Razak to the Inland Revenue Board (IRB).

"When a branch has financial problems, one of the main sources for financial assistance is from the division chief, namely Tan Sri Shahrir?” asked the counsel, to which the witness replied: “Yes”.

Questioned by another counsel, Tan Sri Dzulkifli Ahmad, if he ever doubted the source of the cheque, Abu Bakar replied that he had no doubt pertaining to the matter.

To a question by deputy public prosecutor Mohd ‘Afif Ali, Abu Bakar said he never asked and did not know where the money came from.

In Tuesday’s proceedings, the court also heard the testimony of Sutera Auto Sdn Bhd sales advisor Abdul Rahman Sivam Abdullah, 52, regarding the purchase of a Honda Civic Hybrid car worth RM118,485 by Shahrir.

According to Abdul Rahman, it was not uncommon for an individual as old as Shahrir to make full payment for the purchase of a car worth RM100,000.

Shahrir, 72, was charged with money laundering, by not stating his real income in the Income Tax Return Form for Assessment Year 2013, which is a violation of Section 113(1)(a) of the Income Tax Act 1967, on the RM1 million, believed to be from unlawful activities, which he received from Najib through a cheque.

The charge, framed under Section 4(1)(a) of the Anti-Money Laundering, Anti-Terrorism Financing and Proceeds of Unlawful Activities Act 2001, provides a maximum fine of RM5 million, or imprisonment for up to five years, or both if found guilty.

Taman Kebun Teh Umno branch received RM10,000 contribution from Shahrir, says witness have 579 words, post on www.theedgemarkets.com at August 10, 2022. This is cached page on Business News. If you want remove this page, please contact us.