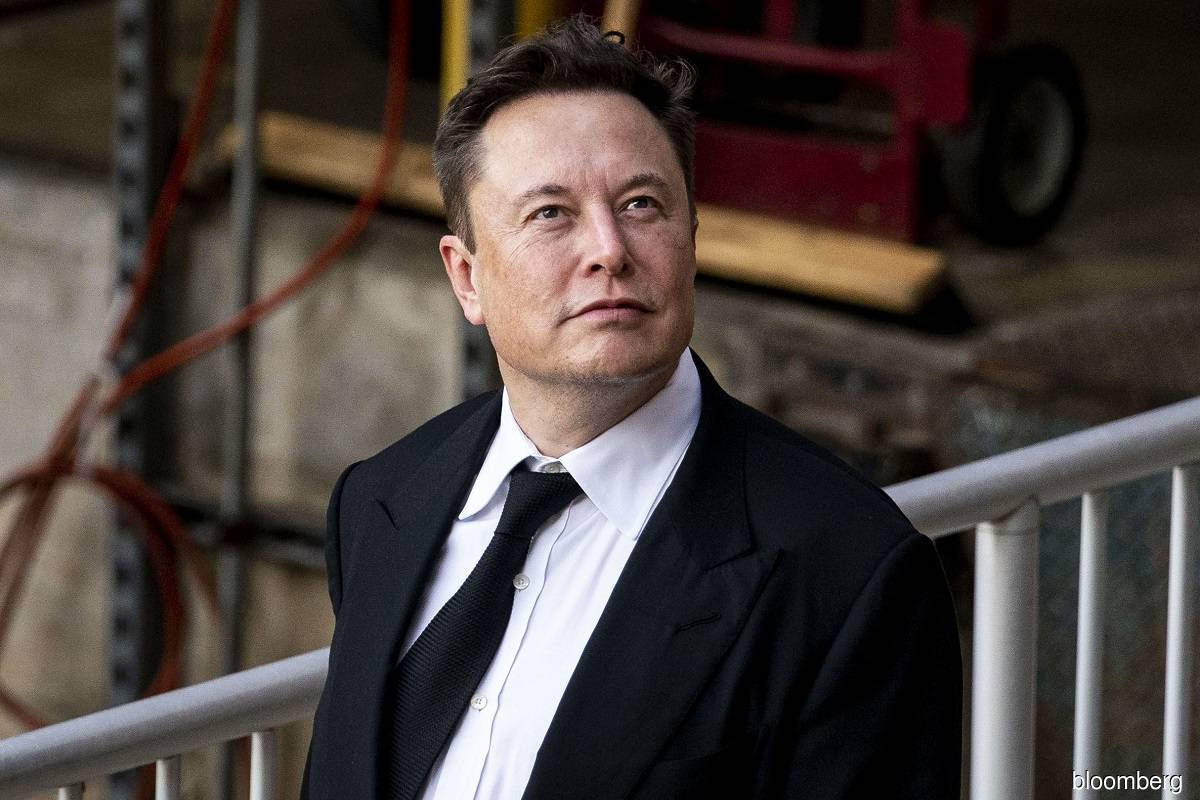 TOKYO/BEIJING/SHANGHAI (Aug 15): Tesla Inc's Elon Musk contributed a column to the official publication of the Cyberspace Administration of China, the powerful agency that oversees data security for companies from Alibaba to Tencent and works with other government entities to censor online content.

The billionaire laid out a familiar vision for how technology can ensure humanity's future for the July edition of the CAC's official magazine, joining local industry luminaries including Ant Group Co Chairman Eric Jing, who offered his thoughts on responsible tech development that promotes inclusiveness.

Those views echo the broader goals of President Xi Jinping's administration, which for more than a year has worked to curtail the power of tech leaders including Tencent Holdings Ltd and Alibaba Group Holding Ltd. That crackdown, which wiped out more than US$1 trillion of market value, began when regulators halted Ant's record initial public offering in 2020 and peaked around the time Didi Global Inc delisted — an effort the CAC drove.

Musk's musings are reminiscent of outreach by Meta Platforms Inc's Mark Zuckerberg and Alphabet Inc's Sundar Pichai in years past, when US internet companies harboured aspirations of working with the world's No. 2 economy. The Tesla chief executive officer is also in a legal battle with Twitter Inc over an acquisition he cast as critical to free speech before attempting to back out of the deal. The social media service is officially banned in China.

"Musk is trying to walk the same tightrope that Zuckerberg and Pichai walked before him — but these are different times," said Kendra Schaefer, head of tech policy research at Trivium China. "Tech execs trying to maintain healthy relationships in China are increasingly seeing that decision being taken out of their hands by either Chinese regulations, US users, or the US government. If Musk isn't sitting in front of a congressional committee within a year being grilled on his relationship with China, I'll be flabbergasted."

China is the world's biggest market for electric vehicles and home to Tesla's most productive factory in the world in Shanghai. Its suppliers include Contemporary Amperex Technology Co, the world's top manufacturer of EV batteries, based in Fujian province. While some Chinese consumers have alleged safety, quality and customer service issues that Tesla has apologized for, and its domestic data collection has come under scrutiny, Musk has described the market as key to the company's growth plans.

Tesla shares were little changed as of 8:50 a.m. on Monday in New York, before the start of regular trading.

After joining Xi's World Internet Conference to extol the virtues of international cooperation in September and opening a new showroom in January in China's Xinjiang region, Musk has been criticized for his close ties to Beijing. A representative for Tesla China confirmed Musk wrote the article but declined to comment further.

"I want to do everything we can to maximize the use of technology to help achieve a better future for humanity," Musk wrote. "To that end, any area that contributes to a sustainable future is worthy of our investment."

Musk said in the column that the magazine — the inaugural edition of which was published this year — reached out to him for the article. The entrepreneur touched on his businesses including Neuralink Corp, which is working on brain-machine interfaces, and the humanoid Tesla Bot, the first prototype of which is set to debut soon. He addresses the column to his "Chinese friends" and described Space Exploration Technologies Corp's mission to create a self-sustaining city on Mars.

"I hope more people will join us in our fight to accelerate the world's transition to sustainable energy," Musk wrote. "I also welcome more like-minded Chinese partners to join us in exploring clean energy, artificial intelligence, human-machine collaboration and space exploration to create a future worth waiting for."

Now Elon Musk is telling China’s censors about his vision for the future have 973 words, post on www.theedgemarkets.com at August 16, 2022. This is cached page on Business News. If you want remove this page, please contact us.