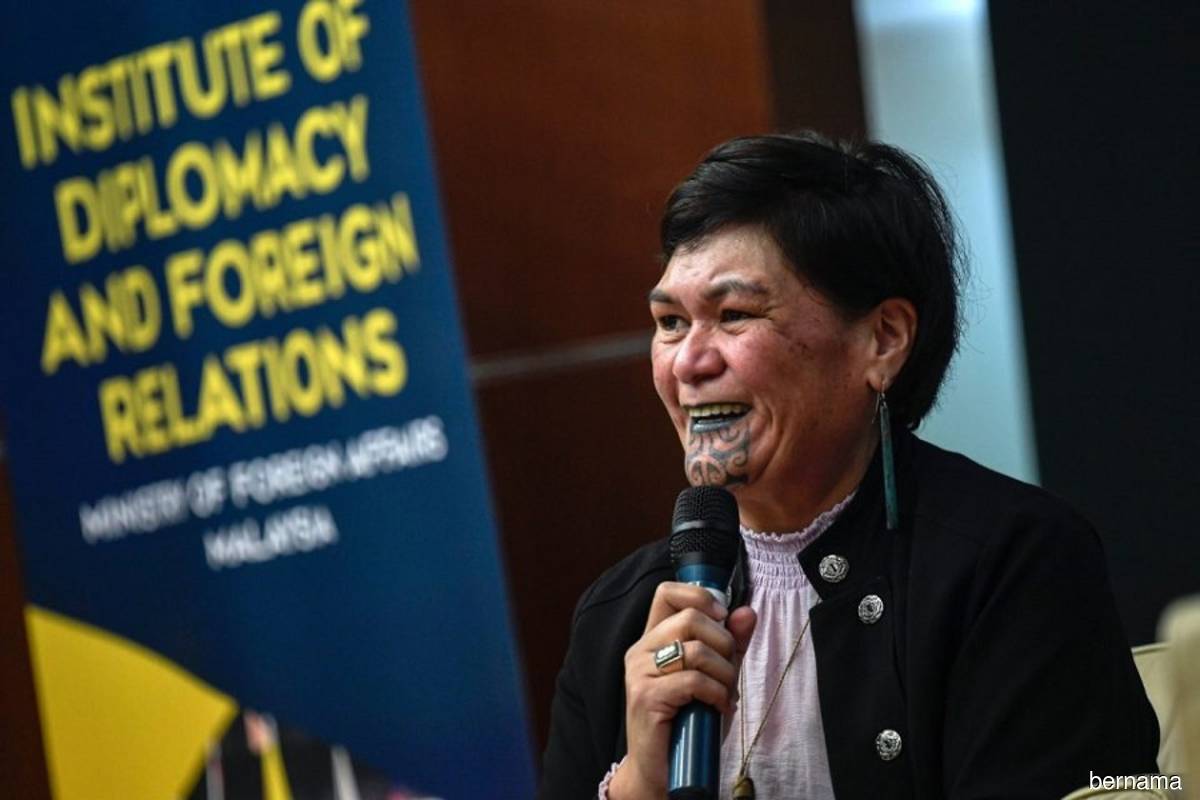 New Zealand Foreign Affairs Minister Nanaia Mahuta responds to queries during the Question-and-Answer session of the Foreign Policy for Small States lecture series, organised by the Institute of Diplomacy and Foreign Relations (IDFR) at the IDFR Auditorium in Kuala Lumpur on Tuesday, Aug 9, 2022. (Bernama pix)

Both countries served together on the United Nations (UN) Security Council in 2015-16 and worked closely in another area, disarmament and arms control.

"We also cooperate on international law issues, including the UN Convention on the Law of the Sea.  Last year New Zealand joined others in setting out our legal position on the South China Sea, in support of Malaysia's stance," she said during the Institute of Diplomacy and Foreign Relations's (IDFR) Lecture Series titled "Foreign Policy for Small States" here on Tuesday (Aug 9).

The lecture was held in conjunction with Malaysia and New Zealand’s 65 years of diplomatic relations.

Trade is more than a vehicle for economic growth, as it is a bridge-builder and creates shared interests, obligations and benefits, she said.

Citing CPTPP, she recalled that the idea for the pact was mooted by three nations: New Zealand, Singapore and Chile; while Brunei joined after it was clear that the big powers could not agree on how to establish a regional trade agreement.

"That is the value that small states can bring — curiosity, good ideas, adaptability and a willingness to take calculated risks. When we harness our core strengths, and work collectively as constructive and principled actors on the international stage, we can — and do — have an impact," she said.

Meanwhile, on the ongoing Russia-Ukraine war, Mahuta said New Zealand will intervene as a third party in Ukraine's case in the International Court of Justice.

"The implications of the war are felt far from Europe, including here in the Indo-Pacific.

The war showed that when large countries disregard sovereignty and territorial integrity with a sense of impunity, it does not bode well, particularly for small countries.

"In response to increasing tensions or risks in the region, be they in the Pacific, the South China Sea, or the Taiwan Strait, New Zealand's position remains consistent — we call for adherence to international rules and norms; for diplomacy, de-escalation and dialogue, rather than threats, force and coercion," she said.

Mahuta was on a four-day official visit to Malaysia from Saturday (Aug 6) — her first visit here since assuming New Zealand's foreign minister post in November 2020.

Malaysia and New Zealand have demonstrated how small states can work together have 860 words, post on www.theedgemarkets.com at August 10, 2022. This is cached page on Business News. If you want remove this page, please contact us.