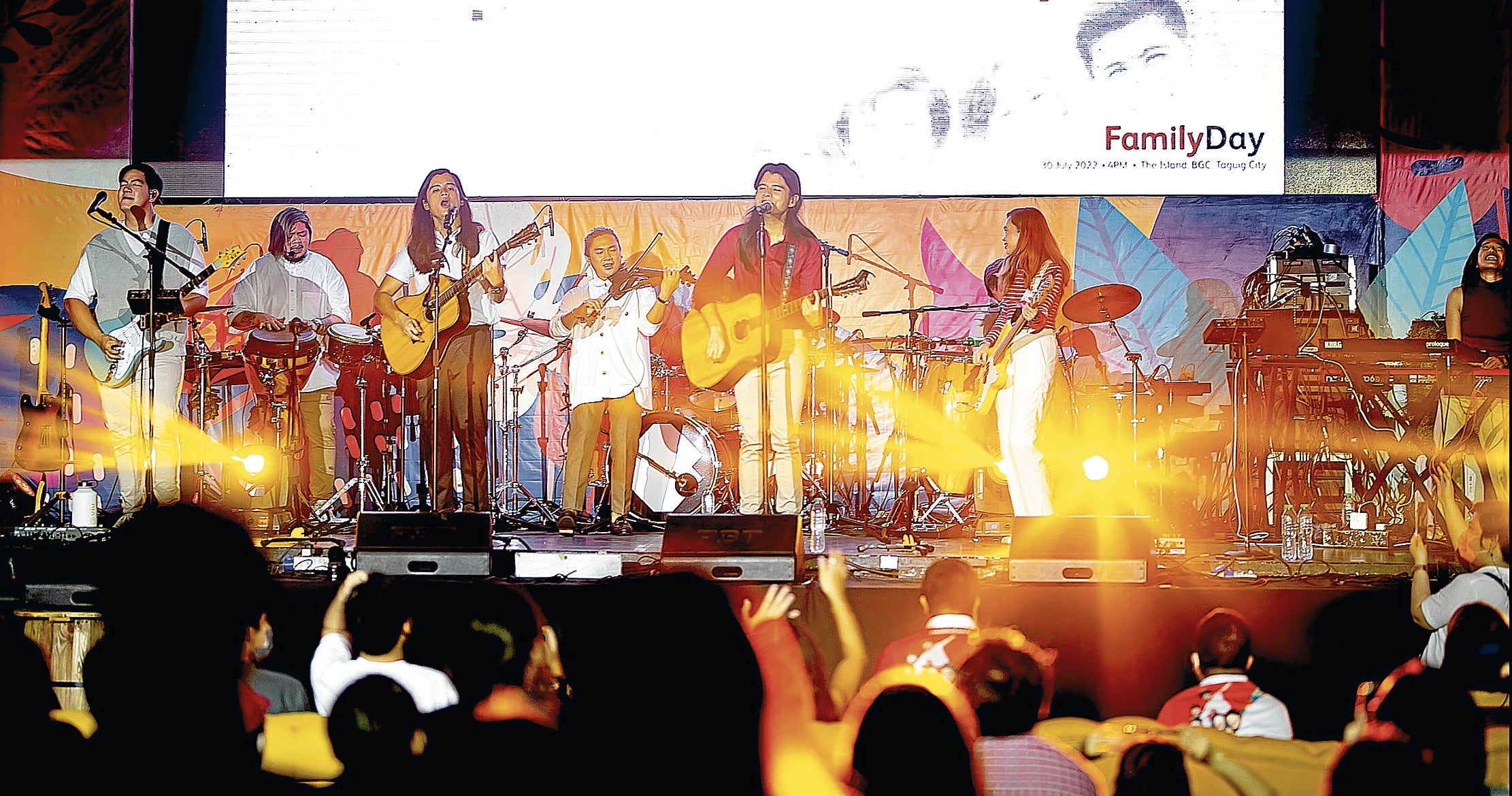 What started out as light rain quickly deteriorated to a heavy downpour as the nine-member pop-rock/folk-pop band Ben&Ben, the Philippines' most-streamed artist since 2020, was gearing up for its six-song set at The Island in Uptown BGC last July 30.

After a slight delay, the group took center stage and brought the house down with a cleverly curated lineup that had the audience singing and grooving along to it in no time.

We've been monitoring contemporary OPM's exciting trends for some time now, but the miniconcert was something we looked forward to because it was our first time to see the group strut its stuff in front of a live audience—and something we've sorely missed over the course of the stultifying pandemic.

To be honest, listening to live music these days—the significant ones, particularly—feels like a rediscovery or rebirth of sorts. And you can't do better than to listen to Ben&Ben, whose distinct sound has the ability to blur differences in musical styles.

Truth is, Ben&Ben's songs have consistently been part of a recent playlist that's been on heavy rotation on our multimedia player, particularly the toe-tapping tracks and ballads from their sophomore album, "Pebble House, Vol. 1: Kuwaderno" (like "Kasayaw," "Magpahinga," "Upuan" and "Sabel," their collaboration with KZ Tandingan), their enduring older tunes (2017's "Leaves") and the most recent releases ("Langyang Pag-ibig," "Paninindigan Kita"). 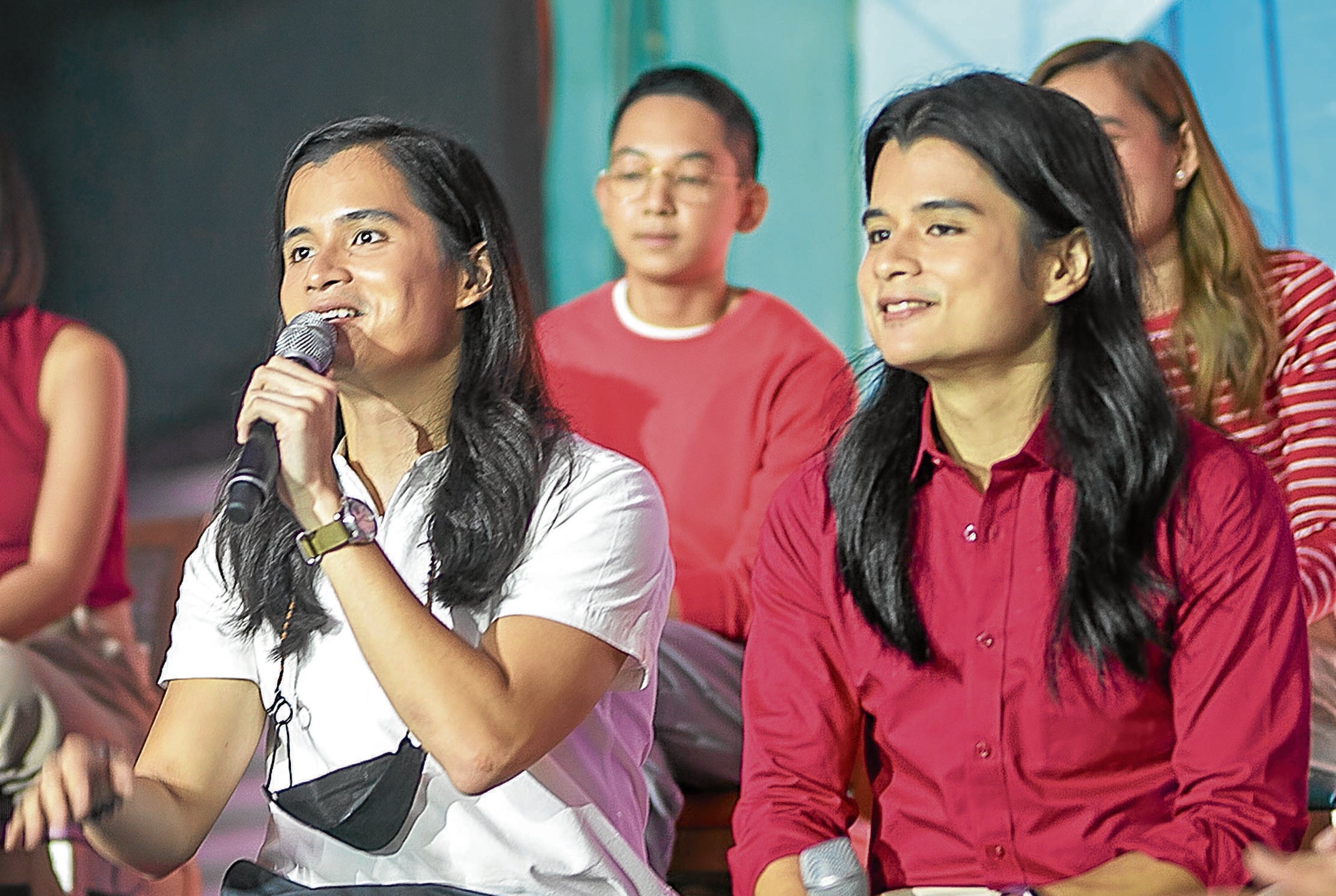 So we couldn't refuse the invitation—to watch the band perform live—extended to us by the miniconcert's organizer Pru Life UK, which the group is endorsing. The show was the pièce de résistance of the different activities at the FamLove Media Family Day last weekend.

While none of the songs from "Pebble House" was performed at the concert, the ones hand-picked for the lineup, which began with the popular "Pagtingin" (from its 2019 debut album "Limasawa Street"), were ideal for showcasing its lead singers' soaring, soothing vocals and radio-ready musicality.

So when Paolo begins scaling the high notes in "Kathang Isip," a song about heartbreak and moving on, and "Maybe the Night," about lovers who are gearing up for the next step of their romance, you'll understand what's making the band's prodigious melodies soar beyond lyrics that resonate with listeners.

On the other hand, "Ride Home," a song that exults at the thrill of finding a person's "one true love," is also snug fit for live shows that enable members of the rocking crowd to groove along with its pounding instrumentation.

Even more appropriate for the short-but-sweet set were "Paninindigan Kita" and "Araw-Araw" (another cut from "Limasawa Street"), both notable for the earnest devotion fueling their thematic content.

In the Q&A before the band's actual performance, members of the band pointed out that the kind of love that the event commemorates goes beyond romantic affiliation or the conventional concept of what a family is—it's the bond forged between us and the people we deeply care for.

And that was how Ben&Ben ended up performing for the FamLove Media Family Day.

"Family Day was organized not just to introduce Ben&Ben as our newest ambassador and ally, but also to celebrate the modern Filipino family," Pru Life UK senior vice president Allan Tumbaga told us after the concert. "Ben&Ben aligns with the values that we advocate for. We see them as the perfect example of a modern Filipino family—diverse, inclusive and warmhearted." Just like the group's music.

Ben&Ben beyond soaring melodies, crowd-pleasing musicality have 991 words, post on entertainment.inquirer.net at August 7, 2022. This is cached page on Business News. If you want remove this page, please contact us.