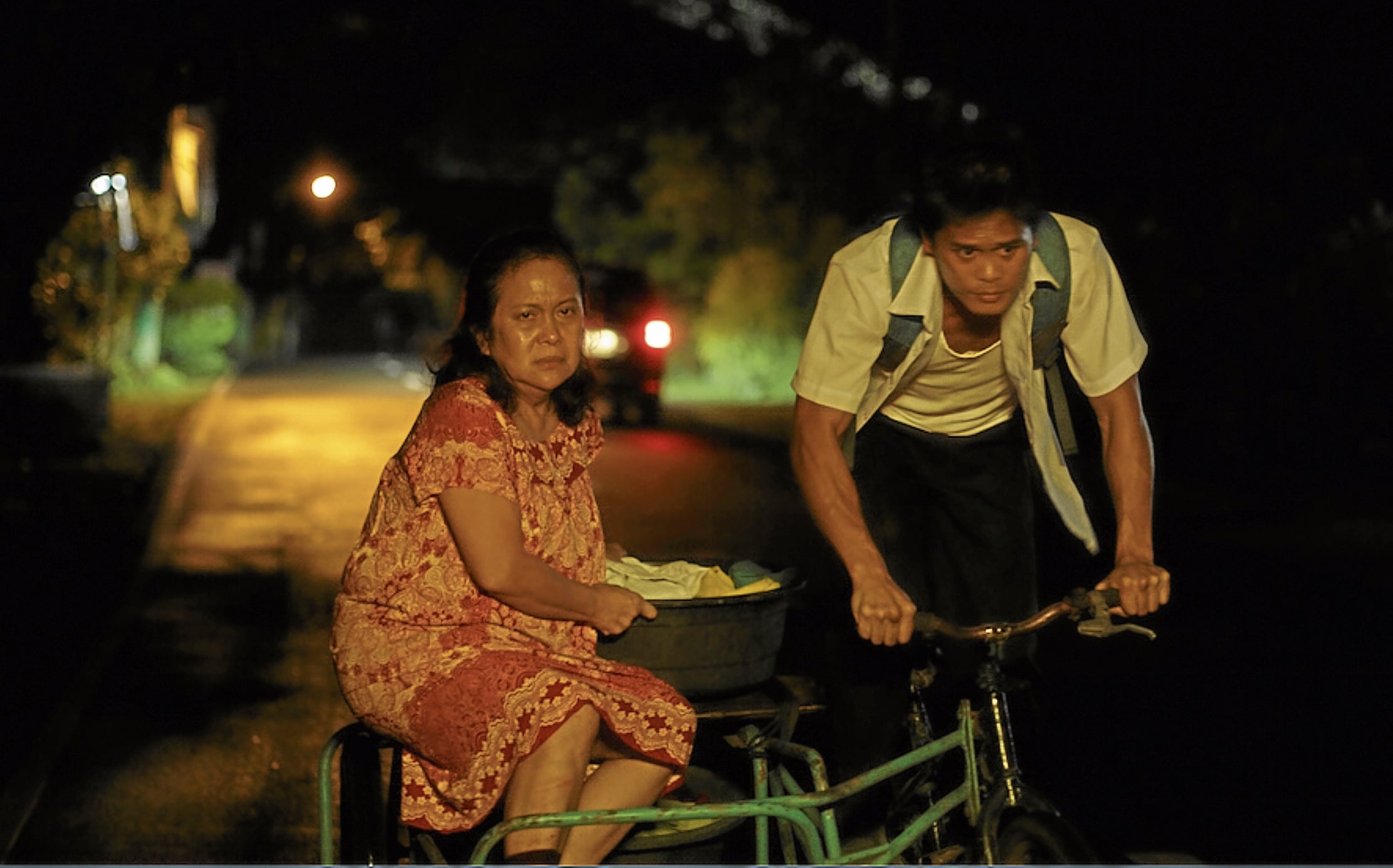 I'm immune to it already," declared actor Andrew Ramsay, who also said he no longer feels worried that he would get "overshadowed" by his more popular celebrity brother, Derek.

"I've always been asked the same question since I was a young kid. I'm like, 'Yes, he is my brother. It is what it is. I can't escape from that because that's part of who I am,'" Andrew told Inquirer Entertainment during a virtual chat to promote Christian Paulo Lat's sports drama "Ginhawa" (Solace).

Andrew added that before he decided to dive deep into acting, Derek had advised him to first try it on his own. "He doesn't want me to always be overshadowed by him, so he suggested that I make my own stuff, like put up a production company and maybe, down the line, we can work together once I get that recognition," he pointed out.

Andrew said Derek, whose last film and TV projects were released prepandemic, would love to work again, even though Derek was still enjoying married life with his new wife, actress Ellen Adarna.

"He told me that if I could develop a script, and if he likes it, maybe you'll see both of us work together soon," said Andrew. "I actually want to do a comedy. My partners and I already have a concept for that. Maybe Derek, Ellen and I can come up with something by next year."

"We come from different backgrounds. but we all have the same passion for film. The main objective is to be able to make our own. Right now, since Cutaway is a startup, we're taking baby steps. We execute commercial videos, which generate the money we need to create the films we love. We want to make more content that's not similar to what everyone is used to seeing," Andrew beamed. 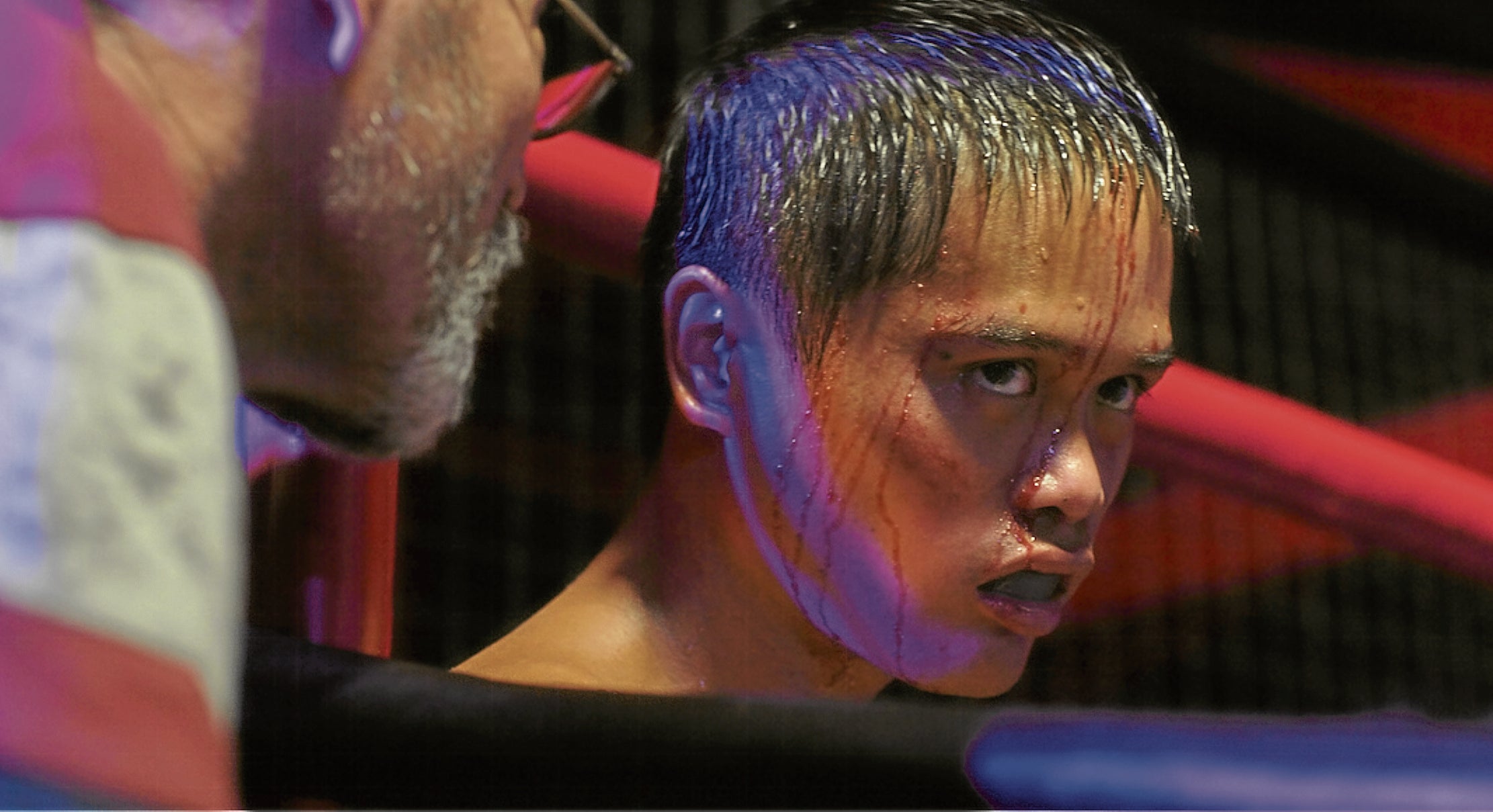 "Acting is my No. 1 goal in life. I love the theater. I did a lot of Shakespeare in the United States and in London, and that's how I got obsessed with acting," he said.

"Ginhawa" is an entry to the 18th Cinemalaya Philippine Independent Film Festival. It tells the struggles of an aspiring boxer named Anton. He hopes to continue the legacy of his older brother Saul (Duane Lucas Pascua), who was given a chance to escape poverty by joining a competition in the city but later faced tragedy. Against his mother's (Ruby Ruiz) wishes, Anton leaves their small fishing town to pursue boxing in Manila, where he unravels the ugly truth about the brutal sport.

When asked to describe the kind of man Anton is, Andrew began by discussing a life-changing moment in his character's life.

"In the beginning, he's a happy-go-lucky kid. He just goes along with what his brother does. When something tragic happens to Saul, Anton starts to mature as an individual. Toward the end, his motivation to take his family out of poverty sort of demolishes because of all the politics that happens when he arrives in Manila. He gets disgusted with all of that," explained Andrew.

"I love the ending because it's not your typical one. My take on it is that it underscored the film's overall message: That the grass on the other side isn't as green as you think it is. A lot of provincial fighters think that if they move to the city, their career will flourish. The situation is a lot grittier than what you think," he stressed.

According to Christian, the film's inspiration is Lino Brocka's 1975 mystery-drama "Maynila: Sa mga Kuko ng Liwanag" for its "moral exploration of poverty." He even finds resemblance between Andrew and the screen classic's lead actor, Bembol Roco.

"Andrew is a rare find. There's a big difference between someone who wants to be an actor and someone who wants to be a celebrity or influencer. Andrew has put himself to school. He also trained with professional boxers for this role for four months. Locally, we're so used to the idea that you can be an actor if you have 2 million followers on social media. I'm not trying to bash anyone, but I really think acting is a craft. I put a premium on people like Andrew who train and practice their craft," the Filipino Canadian filmmaker pointed out.

Christian studied filmmaking at the International Academy of Film and Television. Currently, he is the showrunner for a new TV series for the LA-based streaming platform UrbanFlixTv. His short film "Pangako," which also features Andrew, participated at the 2018 Los Angeles Shorts Film Festival.

"With 'Ginhawa,' I am not trying to be preachy. My goal is simple: to present someone's journey, then allow the audience to interpret what they see. It's a collaborative process between me and my audience. I want them to have their own take on it," said Christian.

"Boxing is a big industry in the Philippines. You can actually relate it to the film industry in the sense that an actor or director also has to sacrifice so much for his or her craft. This has happened to me. I'm from Canada. I dropped everything there eight years ago. I think I just got lucky along the way because I met the right people and got the mentorship I needed, but things could've gone the other way—one that would have led me to a dead end. While the film reflects my views on the local boxing industry, it could also translate figuratively to other professions here," he said.

"Ginhawa" will be screened at the Cultural Center of the Philippines from Aug. 5 to 14.

‘A rare find’: Andrew Ramsay steps out of brother Derek’s shadow have 1289 words, post on entertainment.inquirer.net at August 6, 2022. This is cached page on Business News. If you want remove this page, please contact us.