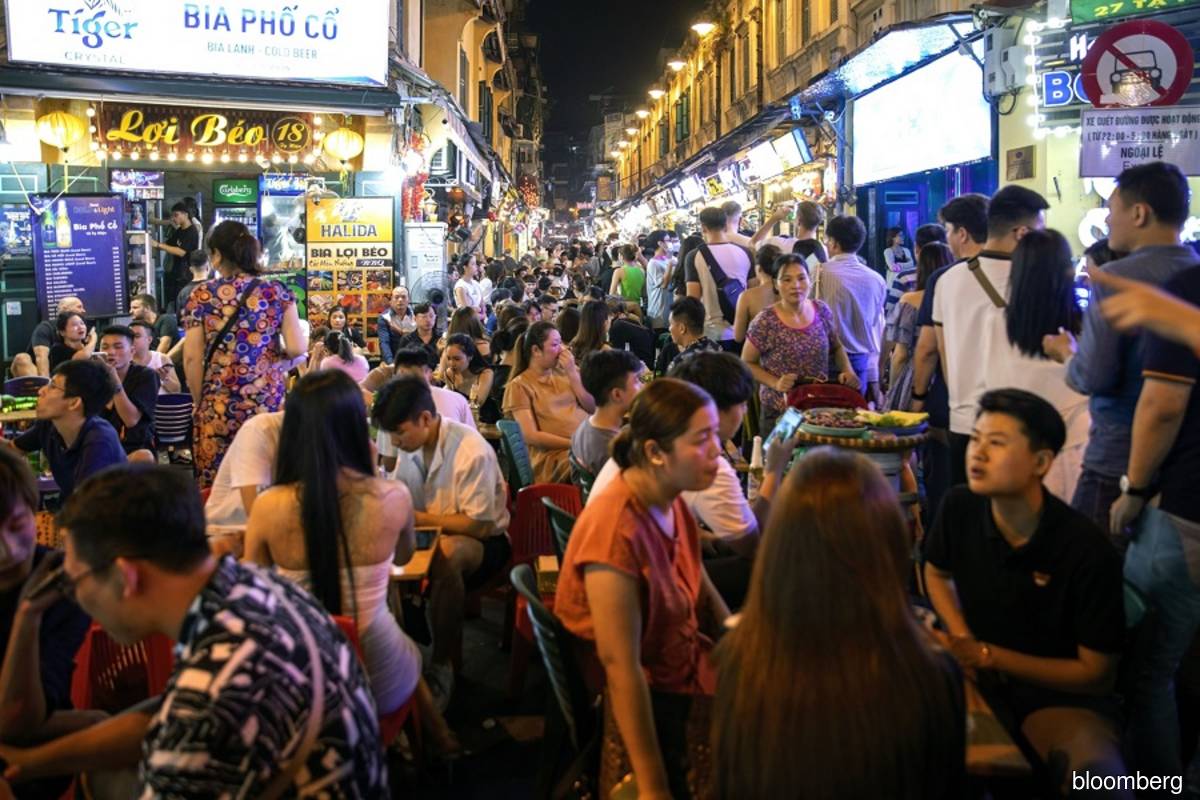 HANOI (June 29): Vietnam's economy looks on course to surpassing its 2022 growth goal, as a better-than-expected second-quarter performance pointed to a broad-based recovery in the Southeast Asian export powerhouse.

Gross domestic product will likely grow as much as 7% this year, beating the government's 6%-6.5% target, Nguyen Thi Huong, head of Vietnam's General Statistics Office, said by phone Wednesday. Data earlier in the day showed the economy expanded 7.72% in the April-June period from a year earlier.

That was quicker than the median estimate for a 5.9% gain in a Bloomberg survey of economist, and the highest level since at least the first quarter of 2013.

"We expect growth to be at a very high rate in the next six months as every sector is recovering strongly," Huong said, pointing to strength in manufacturing, exports and services sectors. "Third-quarter GDP growth could even be a double-digit number," she said. The June quarter performance helped lift growth in the first-half to 6.42% from a year ago, beating the GSO's forecast for a 5.5% pace.

Underpinning the recovery has been the government's US$15 billion worth of fiscal stimulus, and an easy monetary policy in a world where central banks have turned hawkish. That's helped boost the competitiveness of the Southeast Asian nation, which is emerging as an attractive alternative destination for foreign investment amid trade disruptions from China's lockdowns, the war in Ukraine and lingering tensions between Beijing and Washington.

"However, we still have to be very mindful of inflation," Huong said, amid growing price pressures. Consumer prices have gained steadily each month this year to touch 3.37% in June, data showed Wednesday. The government targets 2022 average inflation at 4%.

Vietnam sees 2022 growth beating goal as recovery powers on have 500 words, post on www.theedgemarkets.com at June 30, 2022. This is cached page on Business News. If you want remove this page, please contact us.