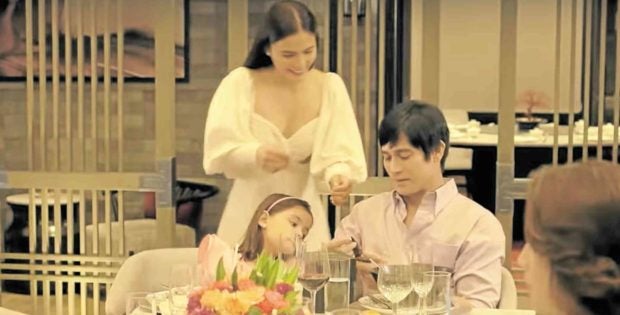 Scene from "Flower of Evil"

Piolo Pascual and Lovi Poe, stars of the local adaptation of the South Korean series "Flower of Evil," see nothing wrong with remaking old concepts as opposed to creating original ones.

"I completely understand why some people say we should focus on creating our own stuff, but I don't think there's anything wrong or I don't think it's bad to acknowledge other people's works, especially if it's something this beautiful," Lovi told Inquirer Entertainment in a recent media junket.

"A lot of countries are doing it, and so have we, for many years now. Of course, you always want to do something original, but the bottom line here is that if we would be able to give the old concept a new and different take, then I think it's still worth doing," added Piolo, who swore that the series will be appreciated even by non-KDrama fans.

"We Filipinized it, so it's not KDrama at all. It's made in such a way that even people who prefer stuff other than KDrama will fall in love with the show," he insisted.

Piolo explained that even the storytelling is "very Pinoy, including the sensibility. We don't want it to be merely a copy of the original. Even the dynamics with our daughter is visibly different from the Korean version. Filipinos are very touchy. You will see that in our family, especially between my character Jacob and Lovi's Iris. We're very physical," he pointed out. "Even Iris' relationship with her coworkers at the headquarters is different. You will understand what I'm saying–how these things tell so much about our culture—once you see the show."

Lovi agreed by saying: "Filipinos are very friendly, but as coworkers they can also be very competitive with each other. This really happens here. Also, what we wore in the series is based on what we see locally. We made Iris wear a lot of coral, beige and pink—that's the color palette for her—while Jacob was most often in black."

Food was also an important element, reported Piolo. "You will see us serving a lot of Pinoy dishes. I was surprised to have witnessed Lovi eating dinuguan," he recalled. "Not just any dinuguan, but one with gata (coconut milk)," interjected Lovi. 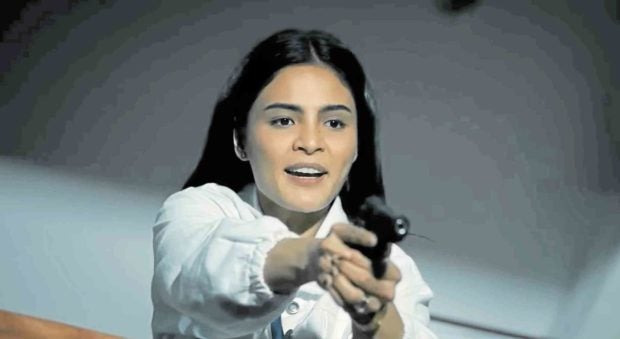 "She was eating the food props like she had every intention of finishing them. I had to remind her that we were still taping for the scene," said Piolo, laughing.

In the series, Piolo is Jacob, a man who hides his identity and dark past from his wife Iris, who, ironically, works as someone who investigates and solves crimes. Theirs appears to be a perfect family, until Iris becomes part of the team tasked to investigate a series of unexplained murders. She is then confronted with the reality that her seemingly perfect husband may be hiding something from her.

For someone who works as a detective, Iris seems to have a lot of naive moments that she is unable to discover her husband's secrets, we observed. Lovi reacted to this by saying: "Yes, she had been naive for years. She didn't have any idea until that moment she got involved in the investigation. It isn't until this particular crime happens that the real story begins unfolding in front of her."

As to whether she thought Iris' story can also happen to a real person, the actress said: "I think it's possible, especially if you're really convinced that you know this person more than anyone. Basically, the story here is that as a wife, I'm supposed to know everything about my husband. That's the reason I was able to look past everything, particularly the life that Jacob tried to hide from me. It was more like, with that premise, Iris willingly gave Jacob the benefit of the doubt."

"Flower of Evil" is Lovi's first project since she signed up with the Kapamilya network in Sept. 2021. Asked who or what she appreciated the most while doing the series, Lovi said: "Everyone! It's hard to pinpoint because I had special moments with all of them. With my directors and coactors, that's already a given; but the time I spent with the cameramen and audio men, that was special, too." 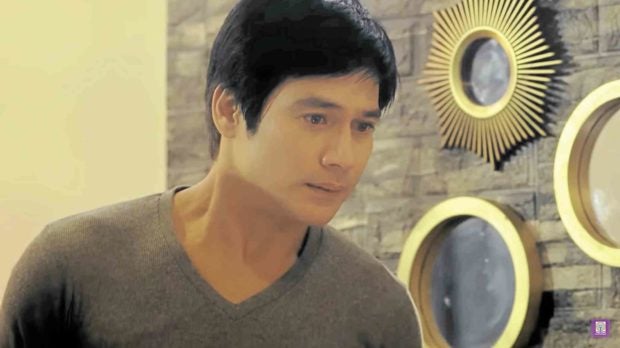 She further said: "Of course, I'm new so everything felt different for me. In the beginning, I felt uncomfortable and the words of encouragement I received helped me a lot. I remember on my first day, I was definitely not myself at all, and then the audio guy and cameraman told me, 'Andito kami para sa'yo. OK lang 'yan.' I really felt like crying at that time," she recalled. "I'm also grateful that my first TV show as a Kapamilya was with Piolo. It's just the best experience. I can't imagine myself doing my first show with anyone else."

Piolo, meanwhile, was all praise to his leading lady. "While I also want to show my appreciation to everyone on the set—it's not easy to leave your family for a long period of time to go to work—I have to single out Lovi. She's such a trooper. Her energy is contagious. This was why even though everyone on the set was already tired, they would push themselves. We never heard Lovi complain. She was very committed to the role and devoted to her craft. She was able to pull all of us up, to encourage us to be the best versions of ourselves.

"We actually called her 'Lovi Pong,' because she kept moving from one set to another but without a single complaint. We appreciated her for that. I know that she's been in the industry for quite some time now, yet her energy is still so high; yet she remains very determined to push herself further."

"Flower of Evil," codirected by Darnel Joy Villaflor and Richard Ibasco Arellano, will stream on the Kapamilya Channel and all of its affiliates starting June 25. It is a coproduction of Dreamscape Entertainment, Viu International and CJ E&M. INQ

Lovi Poe on being in awe of Piolo Pascual, his body of work, and body

How Piolo Pascual and Lovi Poe ‘Filipinized’ K-drama series ‘Flower of Evil’ have 1202 words, post on entertainment.inquirer.net at June 27, 2022. This is cached page on Business News. If you want remove this page, please contact us.