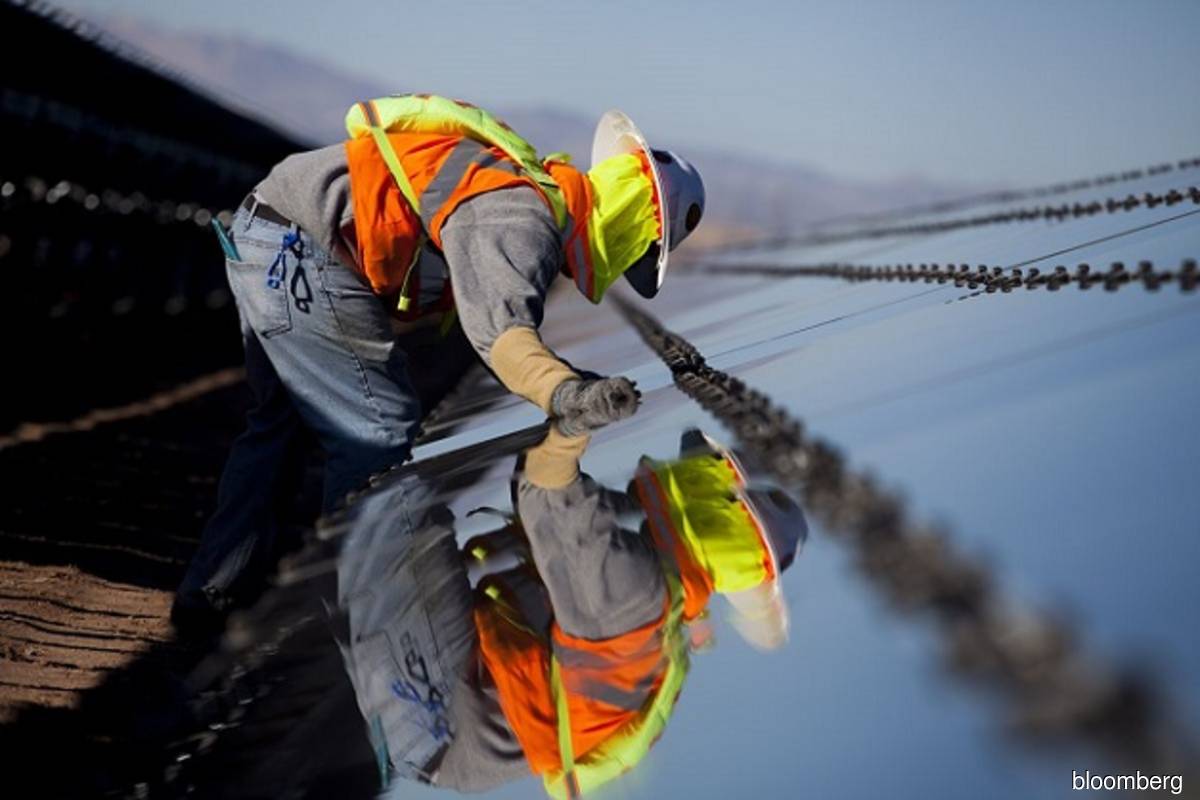 NEW YORK (June 29): First Solar Inc has decided against building a new factory in the US, citing uncertainties regarding trade policy and tax incentives.

The biggest US solar manufacturer is still planning a manufacturing facility in either Europe or India, and Chief Executive Officer Mark Widmar expects to make a final decision within 90 days. That would come after the company completes a third US plant early next year in Ohio and its first factory in India in the second half of 2023.

The decision is a setback for US President Joe Biden's efforts to boost domestic solar manufacturing. Solar installations have slowed this year amid a US Commerce Department trade investigation, raising the prospect of tariffs on panels imported from four Southeast Asian nations. While the White House announced this month a two-year moratorium on new tariffs and took steps to encourage American production, Widmar said the moves don't address underlying issues that give cheap Asian panels an advantage over US producers. He's seeking instead tax breaks that will give First Solar economic incentives without raising prices for projects using imports.

"When I look at all the policy decisions there were made, unfortunately there's nothing there that would give us confidence that investing here in the US is the top priority for us and our shareholders," Widmar said in an interview Tuesday (June 28).

First Solar is ramping up capacity to meet the world's booming demand for clean energy. The company also has factories in Malaysia and Vietnam.

When considering long-term expansion plans, Widmar said it would be easiest to later expand the India facility that's already in the works. However, the European market is expected to grow significantly, as the region seeks to get away from using fossil fuels imported from Russia, so a facility there may be a better choice.

"The best way to serve Europe is going to be on the continent,"  he said.

First Solar rejects US site for new factory, eyes Europe or India instead have 540 words, post on www.theedgemarkets.com at June 30, 2022. This is cached page on Business News. If you want remove this page, please contact us.