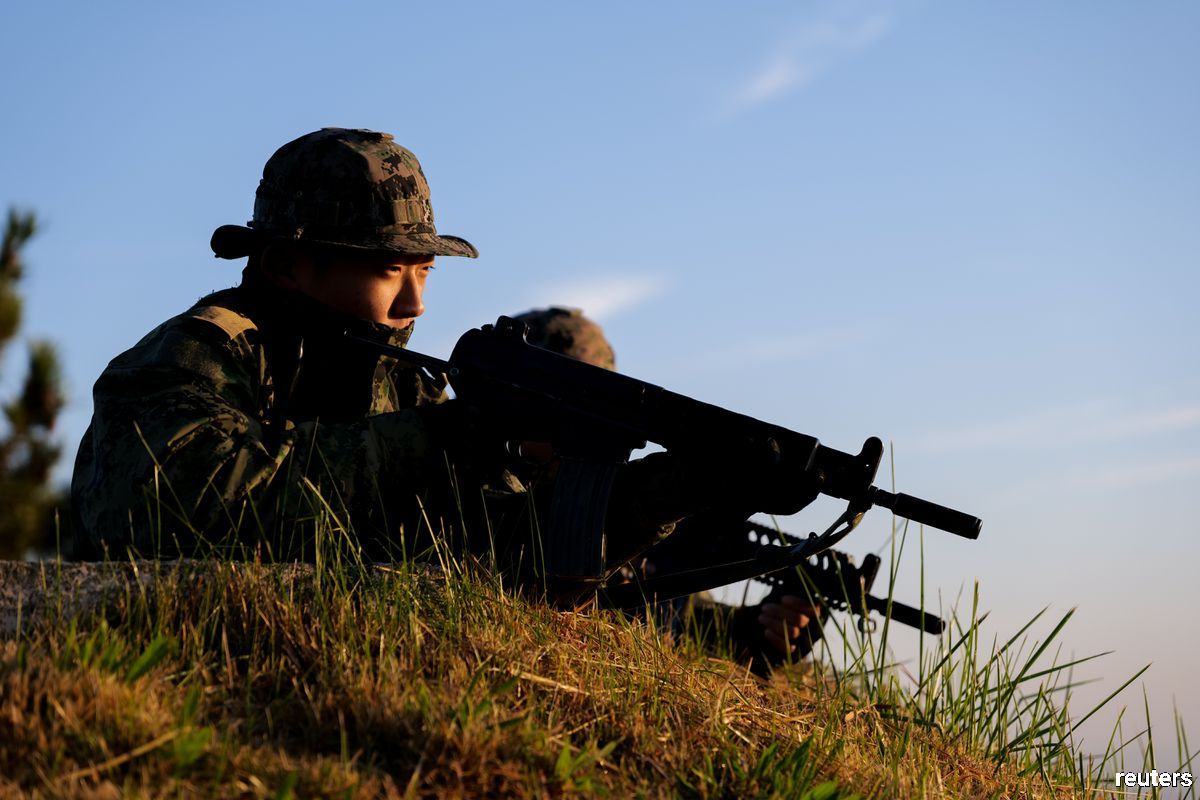 SEOUL (June 29): Joint drills by the United States, South Korea and Japan have a “sinister aim” toward North Korea and are part of a dangerous prelude to the creation of an “Asian version of NATO”, North Korean state news agency KCNA said on Wednesday.

The reports on KCNA appeared hours before leaders of South Korea and Japan are due to attend NATO’s annual summit as observers for the first time. They will also meet U.S. President Joe Biden to discuss North Korea, the first such trilateral summit since 2017.

The three countries will also conduct a combined missile detection and tracking exercise near Hawaii in August, called Pacific Dragon.

“The U.S. is getting hell-bent on the military cooperation with its stooges in disregard of the primary security demand and concern by Asia-pacific countries,” KCNA said.

In a similar statement over the weekend, the North’s foreign ministry said the drills showed the hypocrisy of U.S. offers of diplomatic engagement and dialogue without preconditions.

North Korea has conducted a record number of missile tests this year, including of its largest intercontinental ballistic missile, and there are concerns it could be preparing to test a nuclear weapon for the first time since 2017.

South Korea and Japan are both U.S. allies, but their relationship with each other has been strained by historical tensions over Japan’s occupation of Korea from 1910-1945.

Washington has pushed Seoul and Tokyo to cooperate more in the face of threats from North Korea, as well as to counter the rising influence of China.

“The scheme for formation of the U.S.-Japan-South Korea military alliance, motivated by Japan’s and South Korea’s kowtowing to the U.S., is evidently a dangerous prelude to the creation of ‘Asian version of NATO’,” KCNA said, accusing Washington of fomenting a new Cold War.

“NATO’s attempts to provoke confrontation between blocs and to form little cliques will be rejected by everyone and are doomed to fail,” said Zhao.

KCNA carried a separate commentary by Kim Hyo-myung, a researcher at North Korea’s International Society for Political Research, who said NATO was responsible for the war in Ukraine, and that there are “ominous signs that sooner or later the black waves in the North Atlantic will break the calm in the Pacific.”

“NATO is nothing more than a servant of the realization of the U.S. hegemony strategy and a tool of local aggression,” Kim wrote.

Cooperation by U.S. and allies a step toward 'Asian NATO,' N.Korea media says have 622 words, post on www.theedgemarkets.com at June 29, 2022. This is cached page on Business News. If you want remove this page, please contact us.