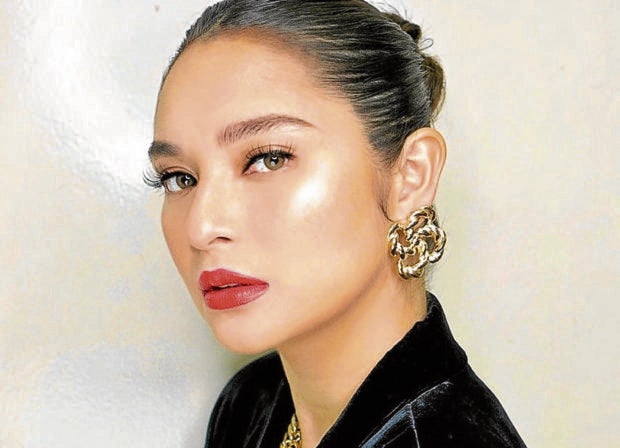 Horror is one of the genres Ryza Cenon finds most challenging in acting. But while she has already starred in a horror movie in the past, her latest one, "Rooftop," presented a different dynamic: In her 2016 film, "Ang Manananggal sa Unit 23B," she was the one who did the pursuing; this time, it was the other way around.

"Back then, I played a manananggal. But this one is different because I'm the one getting scared away. I feel like that's the toughest thing—convincing people that you're scared and making them feel the same way," Ryza said in a recent virtual conference for the said Vivamax film directed by Yam Laranas. "And if they're able to relate to you, then that means you did a good job."

Making things more difficult, she pointed out, is her lack of practice. In 2020, Ryza took a break from show biz in preparation for motherhood. Did she feel rusty in her first project after giving birth to her firstborn?

"Super! I hadn't acted or worked in a while … I was nervous at first because I wasn't sure if I still had it in me. I feel like I was back to zero, like I'm a newbie actress all over again," said Ryza, whose son, Night, will turn 2 this October. The father is the actress' photographer boyfriend, Miguel Antonio Cruz.

She needed a little push. And the filming location provided just that. They shot some of the scenes at an abandoned hospital. And Ryza, who claims she's able to sense paranormal activity through a third eye, said she heard sounds of spirits crying while at work.

"We were at an abandoned hospital and sometimes, we would be there until the wee hours of the morning. And when it's my turn to shoot scenes, I would hear children crying, women crying … things like that," Ryza related. "Doon na lang ako humugot. There are times when the location helps in creating your character."

In "Rooftop," Ryza plays Ellie, an indecisive young woman who finds herself in trouble after her and her rule-breaking friends' prank goes wrong. During their summer break, they hold a secret party at their school campus rooftop. They invite a schoolmate named Paul (Epy Quizon), who also works as a part-time janitor.

Trying to keep things exciting at the party, the friends try to play a prank on Paul by pretending to push him off the rooftop. Paul ends up actually falling, leading to his death. The reckless bunch shirk their responsibility and agree to cover up the incident. But things quickly go into a downward spiral after Paul's ghost comes back to haunt them.

One of the main topics the film explores is accountability and consequences. "In real life, I don't let problems go unsolved. The more you avoid them, the bigger it gets. It doesn't matter how small the problem is. Sometimes, we pretend that nothing happened; that we can drink your problems away. But the wound just keeps getting deeper," she said.

"You have to treat your wounds before they get worse," she added. "If you do something that's not right, you have to face it … you have to confront it right away, so you don't wake up in the morning with a heavy feeling in your chest."

Ryza revealed that she wasn't part of the original cast and was tapped as a last-minute replacement for another actress who had to back out. "I was given the script only a few days before the shooting started, so I wasn't able to study the material as extensively as I had hoped. I had to study it on the set," she related.

This is where the 34-year-old actress' wealth of television experience paid dividends. "Television trains you for sudden changes and script revisions," she said. "There was pressure because I was scared I wouldn't be able to deliver the character well, because I took on the job without much preparation. But I'm thankful for the positive comments about my performance because the hard work was worth it," she said. INQ

Why Ryza Cenon is taking a leave from vlogging

‘Back to zero’: Why last-minute assignment makes Ryza feel like a newbie have 1044 words, post on entertainment.inquirer.net at June 27, 2022. This is cached page on Business News. If you want remove this page, please contact us.