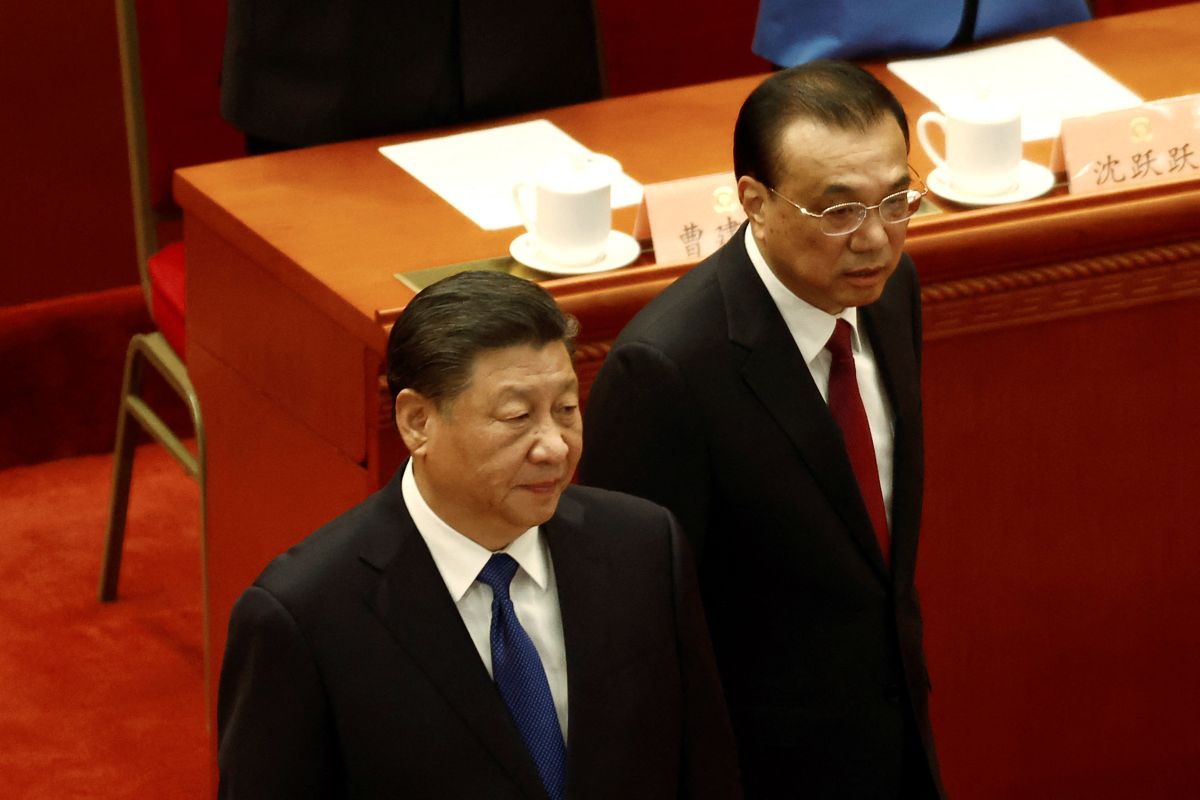 (May 26): The last time a top Chinese leader impromptu addressed thousands of officials in February 2020, President Xi Jinping called for a "people's war" against Covid-19 at the outset of the pandemic.

On Wednesday, Premier Li Keqiang held a similarly rare video call with thousands of cadres across the nation to warn of an even worse economic crisis than two years ago, calling on them to better balance Covid controls and economic growth.

Yet many government officials charged with implementing policy at the ground level aren't quite sure who to listen to: Xi continues to emphasize the need for officials to push for zero Covid-19 cases, even as Li continuously urges them to bolster the economy and hit preordained growth targets.

That dilemma is leading to paralysis within a nation normally hailed for speedy implementation of diktats from above, according to eight senior local government officials and financial bureaucrats who requested not to be named because they aren't authorized to speak publicly.

While investors and analysts saw Li's impromptu meeting as an attempt to strengthen consensus on the urgency to revive the economy, four senior officials said it did little to change their view that controlling the Covid outbreak still took priority. One said that from a personal career perspective, a cadre's hard work means nothing if they fail to contain an outbreak, while the upside for kicking off economic projects was limited.

Perhaps the most telling detail from Li's mammoth meeting was who didn't show up. The top-ranking Communist Party officials for many cities were absent because they had to focus on ensuring Covid control, said one of the people, adding that it signaled that pandemic work still trumped the economy. Attendance for party heads wasn't mandatory.

The State Council, which is overseen by Li, didn't immediately respond to faxed questions.

While Li didn't criticize the Covid Zero policy or suggest a shift from it, he showed "palpable" frustration with the slow pace in which local governments were enacting stimulus measures passed in recent months, according to Trey McArver, co-founder of research firm Trivium China.

"He is being put in the impossible position of trying to rescue the economy without being able to adjust the one policy — zero-Covid — that is causing the most economic damage," McArver said, referring to Li.

The stakes are especially high as the Chinese Communist Party prepares to hold a twice-a-decade leadership conclave later this year, where Xi is expected to win a landmark third term. The top party ranks will also be reshuffled, clearing the way for other cadres to move up the ladder if they can avoid any missteps, particularly in handling Covid outbreaks.

The paralysis is reflected in market sentiment. The benchmark CSI 300 Index remained flat after sliding as much as 1.1% on Wednesday, while shares in Hong Kong declined.

Li's meeting on Wednesday brought together cadres right down to the county level, featuring officials from nearly all government departments including propaganda, environment, and utilities, according to notices on county-level government websites.

The premier used that platform to deliver his starkest warnings about the economy's weak performance, saying "difficulties in some aspects, to a certain extent, are greater than when the epidemic hit us severely in 2020." He said China must avoid a contraction in the second quarter, adding that the nation would pay a huge price with a long road to recovery if the economy can't keep expanding at a certain rate.

The latest official data showed a contraction in industrial output for the first time since 2020 and a jump in the surveyed jobless rate to 6.1% in April, close to a record. High-frequency data for May showed the economy remained in a deep slump, according to Bloomberg's aggregate index of eight indicators.

Xi hasn't directly addressed the depths of China's economic struggle in recent weeks, though his more generic comments have received prominent treatment in state-run newspapers. "China's resolve to open up at a high standard will not change and the door of China will open still wider to the world," Xi said at a recent trade council anniversary meeting, in a typical comment.

Li, by contrast, has emerged as a more candid figure. At the same trade council event in Beijing earlier this month Joerg Wuttke, president of the European Union Chamber of Commerce in China, said the premier "woke up" when some delegates shared their frustrations over China's Covid policy.

"Li came over afterward and asked us how we were doing and how was business," Wuttke said, adding that he was surprised by the move. "It was a very positive gesture. His actual crossing the street, showing up and saying 'let's chat' was impressive."

Wuttke said Xi's virtual remarks included "a lot of fluff" and no opportunity for a back and forth.

Xi has sought to maintain a Covid-Zero policy while targeting 5.5% GDP growth this year — a goal that has put local officials under strain. Economists surveyed by Bloomberg forecast the economy will grow 4.5% this year.

Bank managers at several state-owned lenders have been told they will be held accountable for failing to meet loan issuance targets. They have struggled to implement orders to introduce more liquidity, as companies that meet requirements are reluctant to borrow given the uncertain outlook of economy, according to banking business heads and executives.

Still, some analysts held out hope that the worst may be over soon.

"Premier Li's speech yesterday (May 25) was incredibly important in adjusting expectations to a more realistic position," said James Sullivan, head of Asia Pacific equity research at JPMorgan Chase & Co. "Then we can start to look forward."

Xi-Li discord paralyzes officials responsible for China economy have 1271 words, post on www.theedgemarkets.com at May 27, 2022. This is cached page on Business News. If you want remove this page, please contact us.