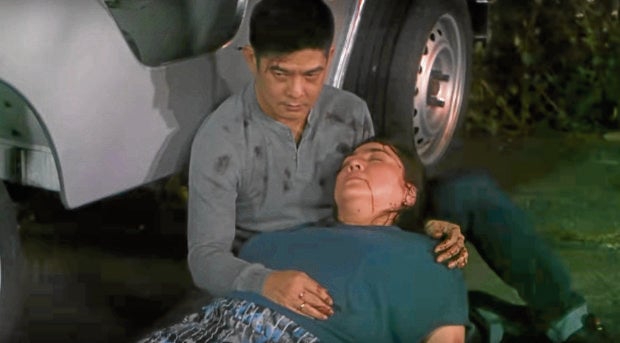 Sometimes, my words come across as being harsh but I try as much as I can to always point out what is true," said actor Romnick Sarmenta when asked how important it was for him to always voice out his opinion on social media, no matter how unpopular it may be.

"I can't speak for other people, but it's always a personal conviction when you decide to talk about what's true and when you want to fight for something you believe in. What I don't do is tell people to fight my battle because what's right for me may not be right for them," said Romnick during a recent press conference to promote Mae Cruz-Alviar's romantic-comedy "2 Good 2 Be True" on ABS-CBN.

"Always, my convictions are guided by my faith and my love for my children. With those as my guide, I also sift through the many things I read about and I try to figure out what's important and what would benefit others," he pointed out.

Romnick plays an important role in "2 Good 2 be True," which is topbilled by Kathryn Bernardo and Daniel Padilla. After "La Luna Sangre," which was released in 2017, this is Romnick's second project with the popular KathNiel tandem.

The series, currently streaming both on the Kapamilya Channel and Netflix, follows the love story of Ali Fajardo (Kathryn) and Eloy Borja (Daniel). Ali is a nurse while Eloy is a petty thief. Their first encounter happens at a party in a hotel, where Eloy also eventually steals something from Ali. She manages to track him down but while romance appears to be blossoming between the two, we see that Eloy is more focused on finding the truth about his father Fred's (Romnick) imprisonment and that Ali may play a role in that.

"There are always parallels with other stories," explained Romnick when asked how different it is to work with KathNiel this time around. "Most of the time, you are given descriptors like, 'Tatay ka ni ganito' or 'Ito nangyari sa'yo.' Once you get down to that, you start to enjoy the process. Being there in that moment, working with your coactors, this somehow defines and gives a deeper truth to the character you portray."

Even though he was also part of "La Luna Sangre," Romnick said this latest series was actually his first time to have a scene with KathNiel. "I didn't really get to act with them because I played father to their younger character. This is the first time I'm going to be in the same space with them. When you're acting and reacting with each other, you are able to help each other's characters come to life. There's nothing more enjoyable than that. Collaborating with the directors as well as the entire cast is one creative and magical moment. This happens every single day at work."

Romnick, whose onscreen partnership with Sheryl Cruz was one of the most popular in the 1990s, was asked to give advice to KathNiel in terms of longevity in show business. To this, he said: "I don't think there's a secret ingredient to show biz longevity other than to focus on what's important. Always be kind and generous with your time as well as with your talent. Lastly, never misrepresent yourself."

Attempting to assess how KathNiel is managing both its on- and off-cam partnerships, Romnick observed that the love team is "very effective" and that this was all due to its "authenticity." KathNiel, whose first project "Princess and I" debuted in 2012, is celebrating its 10th anniversary this month.

"The way I see it, the reason they've managed to still be together and remain on top until today is their authenticity. They've remained the same throughout the years, no pretensions, no façade, no nothing. They've always been honest about their relationship and about supporting each other. This adds to their authenticity and to the depth of their performance. I think people appreciate this most of all. Funny as it may sound, but you can include the entire cast as their supporters," Romnick declared.

Why it’s important for Romnick Sarmenta to express his opinion on social media have 1058 words, post on entertainment.inquirer.net at May 14, 2022. This is cached page on Business News. If you want remove this page, please contact us.