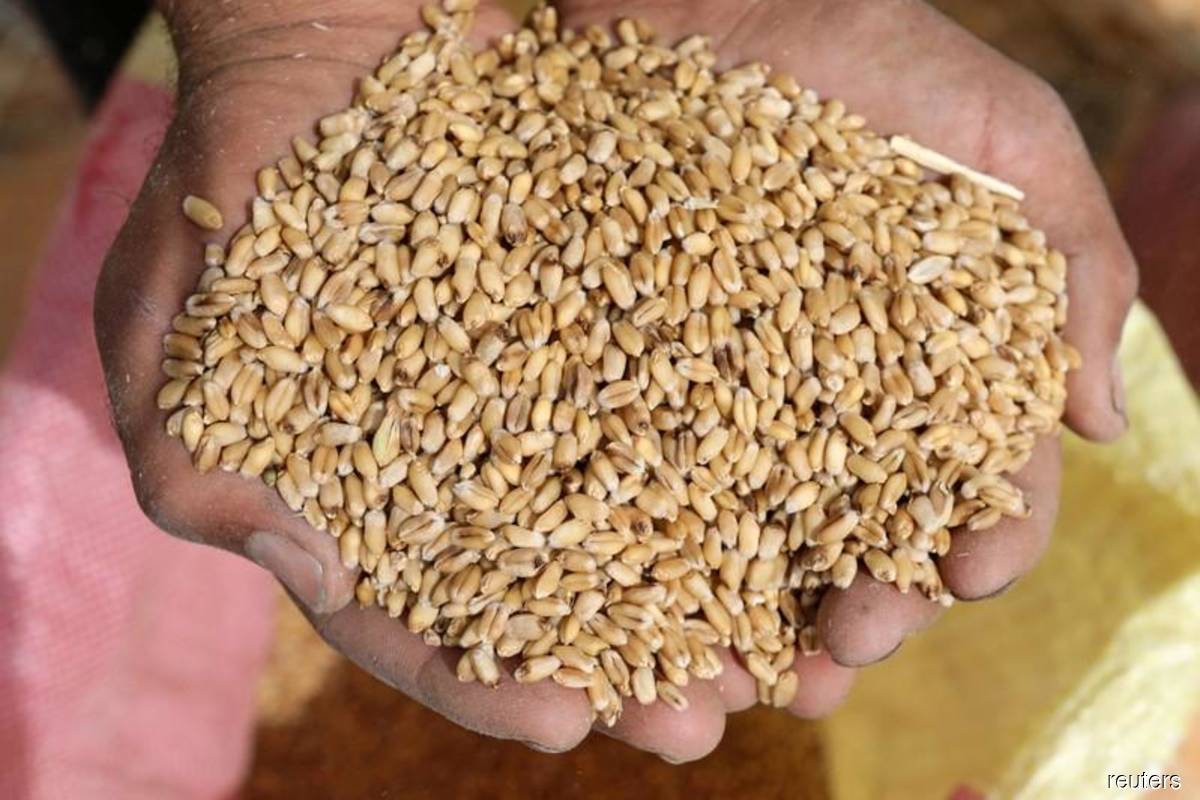 PARIS/MANILA (May 16): International wheat prices jumped on Monday as an export ban by India, the latest country to use trade curbs to counter food inflation, threatened to further squeeze world wheat supply strained by the war in Ukraine.

By end of its overnight trading session, Chicago futures were up 4.9%, off an earlier two-month peak.

Wheat has contributed to record highs this year for global food prices as measured by the UN’s food agency, with Russia’s invasion of Ukraine upending the market by halting massive shipments from Ukrainian sea ports.

India’s embargo, prompted by a heatwave that has cut harvest prospects and sent domestic prices soaring, marks a policy U-turn after the government maintained just days earlier that it was still targeting record exports of 10 million tonnes that would help compensate for Ukraine’s reduced supply.

The ban has trapped some 1.8 million tonnes of grain at Indian ports, leaving traders facing heavy losses if they sell onto a weaker domestic market, four dealers told Reuters .

The authorities said they will allow existing export sales covered by letters of credit and government-to-government deals to meet food security needs.

While many traders and analysts had expected export curbs at some stage due to the worsening effects of the heatwave, the sudden announcement adds to pressure in the market for one of the world’s most consumed cereals.

“Wheat is a sensitive and politicised market, there are food security concerns in many countries.”

Facing spikes in food inflation, other nations have also sought to preserve domestic supply, with Indonesia banning exports of palm oil at the end of April.

The Indian export ban comes as harsh weather, including drought in parts of the United States and France, threatens production potential in other major exporting countries.

With Ukraine facing protracted export disruption and Russia’s own capacity to export clouded by Western financial sanctions, despite favourable crop prospects, there may be no short-term relief for wheat importers.

“We’re in uncharted territory, it’s a perfect storm,” a European grain trader said. “Fighting social unrest is high on the agenda of every government.”

Traders were assessing how much wheat would nonetheless be shipped from India under previously struck private-sector deals and through government-to-government arrangements.

Egypt said on Sunday that it had agreed to buy half a million tonnes of wheat from India and the purchase would be exempt from the export embargo.

Wheat prices jump as India export ban adds to supply squeeze have 643 words, post on www.theedgemarkets.com at May 16, 2022. This is cached page on Business News. If you want remove this page, please contact us.