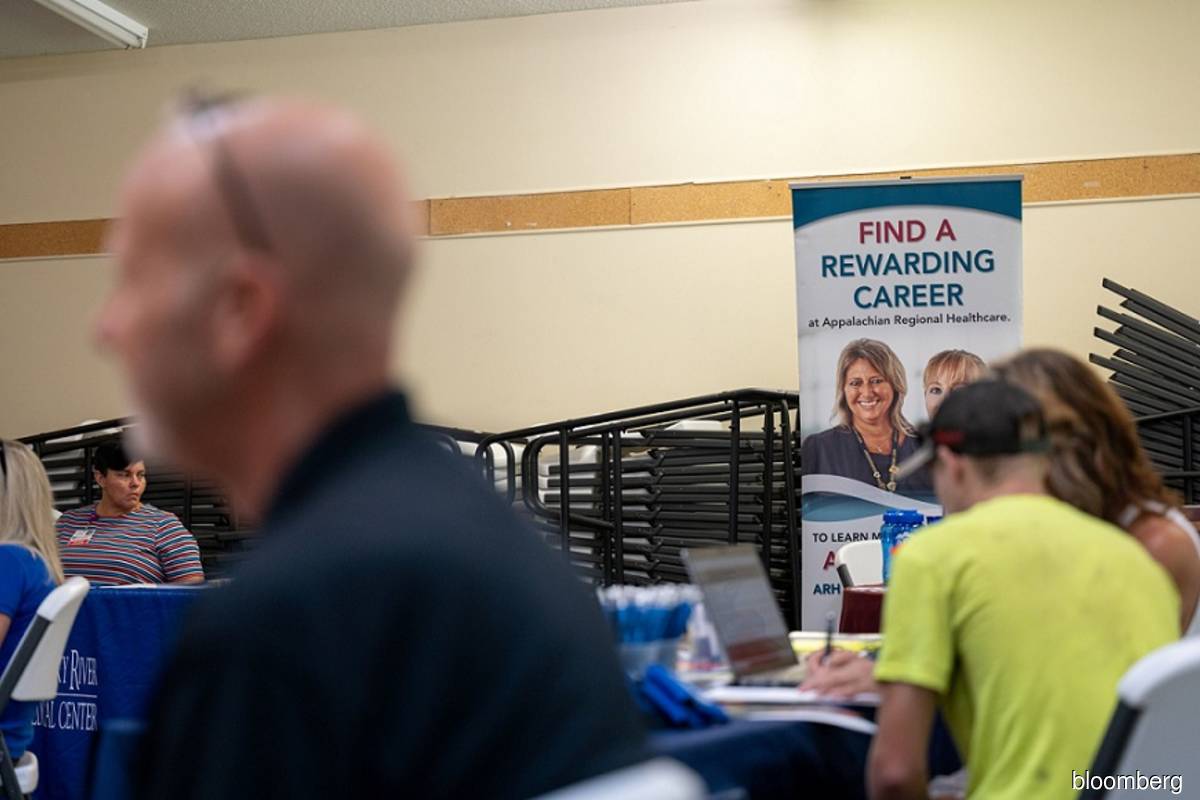 But the outlook for the economy is uncertain, with other data on Thursday showing corporate profits falling across the board in the first quarter. Some economists believe the erosion of profits and falling share prices could force companies to pause hiring or start laying off workers.

“The biggest expense for most companies is labor always,” said Christopher Rupkey, chief economist at FWDBONDS in New York. “High-flying tech companies have seen their share prices plummet which will force management to tighten their belts.”

Initial claims for state unemployment benefits decreased 8,000 to a seasonally adjusted 210,000 for the week ended May 21, the Labor Department said. The decline partially unwound some of the prior week’s surge, which had pushed claims to their highest level since January.

Economists polled by Reuters had forecast 215,000 applications for the latest week. The number of people receiving benefits after an initial week of aid increased 31,000 to 1.346 million during the week ending May 14.

Some economists blamed the recent increase in applications to less generous seasonal factors, the model that the government uses to strip out seasonal fluctuations from the data, in May relative to the prior two months.

Others, however, believed some retailers were laying off workers. High inflation, with annual consumer prices increasing at their fastest pace in 40 years, is squeezing profits.

That was confirmed by a separate report from the Commerce Department on Thursday showing corporate profits from current production fell at a US$66.4 billion or 2.3% rate in the first quarter, the first drop in nearly two years.

The decline was across financial and non-financial corporations, as well as overseas operations. After tax profits dropped at a 4.3% rate after rising at only a 0.2% pace in the fourth quarter. Still, profits increased 12.5% from a year ago.

But some retailers are thriving in the high inflation environment. Macy’s Inc raised its annual profit forecast as party-wear demand rebounds, while Dollar General and Dollar Tree bumped up their annual sales forecasts.

Stocks on Wall Street were higher after recent sharp losses. The dollar slipped against a basket of currencies. US Treasury prices fell.

The Federal Reserve has raised its policy interest rate by 75 basis points since March. The US central bank is expected to hike the overnight rate by half a percentage point at each of its next meetings in June and July.

There are worries that the Fed’s aggressive monetary policy posture could push the economy into recession next year. The housing market is already showing signs of slowing.

A third report from the National Association of Realtors showed contracts to buy a previously owned home fell for a sixth straight month in April.

But with a record 11.5 million job openings at the end of March, layoffs are likely to be minimal and people who lose a job can easily find another one.

Minutes of the Fed’s May 3-4 meeting published on Wednesday showed officials commenting that “demand for labour continued to outstrip available supply across many parts of the economy and that their business contacts continued to report difficulties in hiring and retaining workers.” Many expected the labour market to remain tight and wage pressures to stay elevated for some time.

“At this point, we do not see any change in the fundamental picture of a tight labour market with employers unwilling to fire workers,” said Conrad DeQuadros, senior economic advisor at Brean Capital in New York.

Higher wages, though they are trailing inflation, are helping consumers to keep spending and supporting the economy.

While the Commerce Department confirmed the economy contracted in the first quarter under the weight of a record trade deficit and a slightly slower pace of inventory accumulation compared to the fourth quarter, other measures of growth were solid.

Gross domestic product decreased at a 1.5% annualised rate last quarter, the government said in its second GDP estimate, revised down from the 1.4% pace of decline reported in April. The economy grew at a robust 6.9% pace in the fourth quarter.

Final sales to private domestic purchasers, which exclude trade, inventories and government spending, increased at a 3.9% rate. This measure of domestic demand was previously reported to have grown at a 3.7% rate. The upward revision reflected a stronger pace of consumer spending than initially thought.

Also underscoring the economy’s resilience, output increased at a 2.1% pace last quarter when measured from the income side. Gross domestic income grew at a 6.3% in the fourth quarter.

“Our tried-and-true recession indicators continue to signal that, while recession risks are indeed uncomfortably high, a recession is still not the most likely scenario for the US economy,” said Scott Hoyt, a senior economist at Moody’s Analytics in West Chester, Pennsylvania.

US labour market hot, but declining profits cast shadow over economy have 1092 words, post on www.theedgemarkets.com at May 27, 2022. This is cached page on Business News. If you want remove this page, please contact us.