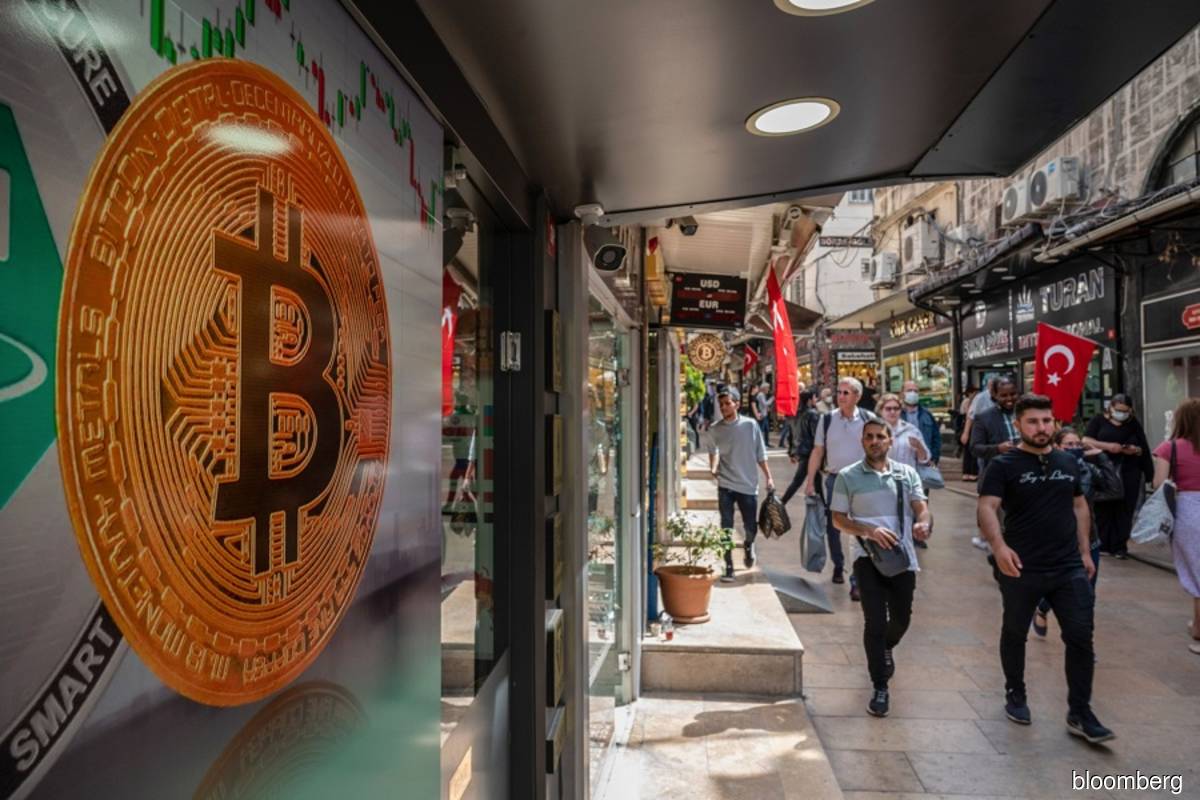 (May 26): Turkey is crafting legislation that would establish greater control over the cryptocurrency market and possibly impose a tax on some transactions involving digital assets, according to two officials.

The governing AK Party of President Recep Tayyip Erdogan is expected in the coming weeks to submit bills to parliament setting out new rules for local cryptocurrency exchange platforms, said the Turkish officials familiar with the matter.

Among the proposals is a requirement that companies have a minimum of 100 million liras (US$6 million) in capital, they said, speaking on condition of anonymity to discuss plans that aren't public. Another rule would mandate global cryptocurrency platforms to open branch offices that can be taxed in Turkey, according to the officials.

Enactment of the landmark legislation would signal stiffer oversight in a country rattled by the collapse of several cryptocurrency exchanges last year. The new measures were on the agenda of a meeting held at the president's office on Tuesday and attended by Deputy President Fuat Oktay, along with Treasury and Finance Minister Nureddin Nebati and Trade Minister Mehmet Mus, the officials said.

Cryptocurrencies have grown in appeal for Turks as declines in the lira and spiraling inflation sap the value of their savings. But the asset class is also facing tougher scrutiny over concerns about the dangers it may pose to the broader financial system.

Digital currencies Bitcoin and Ether are down sharply from last year's peak, with regulators across the world stepping up calls for stricter oversight since the TerraUSD stablecoin tumbled from its intended dollar peg earlier this month.

Turkey pushes for bigger say over crypto market with draft bills have 562 words, post on www.theedgemarkets.com at May 26, 2022. This is cached page on Business News. If you want remove this page, please contact us.