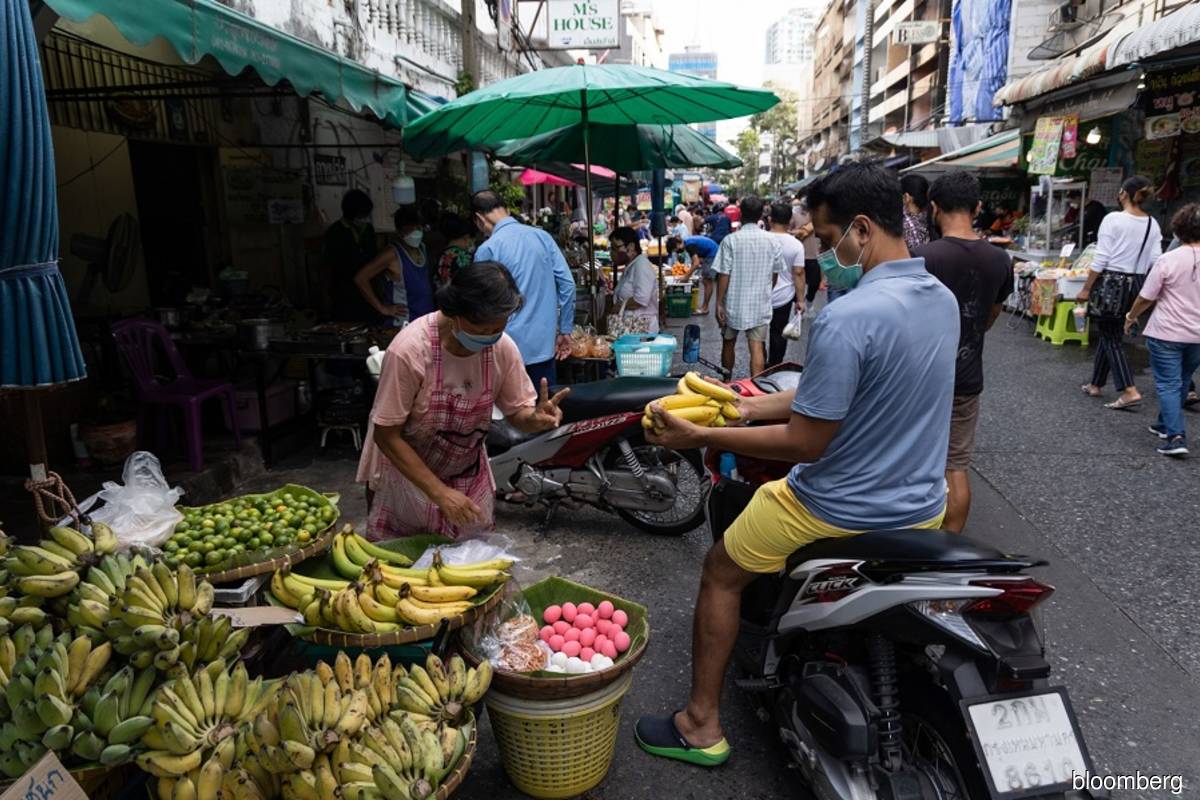 (May 17): Thailand's main economic forecasting agency lowered its growth estimate for this year and raised its inflation expectations due to impacts on the global economy from Russia's war in Ukraine and a slowdown in China.

The National Economic and Social Development Council said on Tuesday that it sees gross domestic product expanding 2.5% to 3.5%, lowering its outlook range by a full percentage point from its previous estimate.

"The big concern now is the conflict between Russia and Ukraine, which has a chain-reaction impact," Danucha Pichayanan, NESDC secretary-general, said at a briefing. "The Covid outbreak situation in China is also another risk as it's one of Thailand's major export markets."

The slower full-year outlook contrasts with a better-than-expected performance last quarter, amid rising tourist arrivals and exports. GDP in the three months ended March advanced 2.2% from a year ago, the NESDC said, faster than the 1.7% median estimate in a Bloomberg survey and a 1.8% expansion the previous quarter.

The baht extended its gain to 0.5% against the dollar following the GDP data and the nation's benchmark stock index advanced as much as 1.2%, according to data compiled by Bloomberg . The yield on benchmark 10-year government bonds jumped as much as 8 basis points to 3.39%, the highest level since 2014.

The growth figures come as the Bank of Thailand faces consumer prices that have accelerated faster than its 1%-3% target range since the beginning of this year. Central banks in Asia from India to Malaysia have begun moving away from their easy money policies as they prioritize fighting inflation over bolstering economic growth.

The full-year growth downgrade is "significant and points to a greater sense of caution among policymakers," said Euben Paracuelles, economist at Nomura Holdings Inc. in Singapore. However, the Bank of Thailand "will not jump on the bandwagon of regional central banks pivoting toward normalization, and we still expect it to keep its policy rate unchanged throughout this year as it continues to prioritize supporting the recovery."

The council raised its headline inflation forecast for this year to 4.2%-5.2%, from 1.5%-2.5% in February, while predicting a current account deficit of 1.5% of GDP, flipping from an earlier-expected surplus of 1.5%.

It also reported that GDP in the first quarter rose 1.1% from the previous three months, compared with growth of 0.9% expected in the survey.

"Today's figures support our view that services will become an increasing driver of growth this year, aided by a partial recovery in tourism," said Sian Fenner, senior Asia economist at Oxford Economics Ltd in Singapore. "That said, the headwinds facing the outlook, particularly in the short-term, are mounting. Higher inflation will dampen the recovery in household spending, while the Russia-Ukraine war, China lockdowns will see goods export momentum moderate."

Thailand lowers GDP outlook on Ukraine war, China slowdown have 673 words, post on www.theedgemarkets.com at May 18, 2022. This is cached page on Business News. If you want remove this page, please contact us.