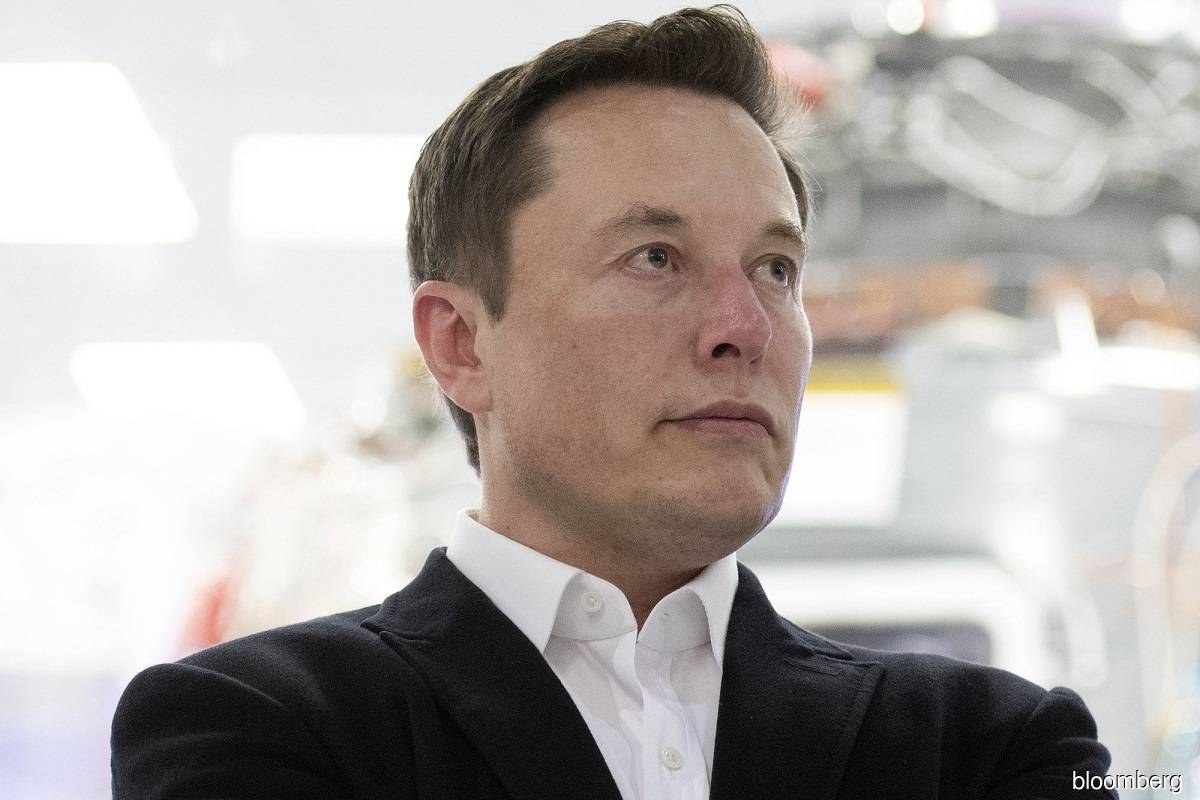 HONG KONG (May 17): Elon Musk has declared he will not proceed with his US$44 billion takeover of Twitter Inc unless the social media giant can prove bots make up fewer than 5% of its users, casting yet more uncertainty over the deal.

The billionaire tweeted “this deal cannot move forward” unless Twitter provides proof of its claims, reiterating his own view that the ratio is far higher.

Musk’s latest online pronouncement complicates an already chaotic takeover, potentially one of the largest acquisitions the internet industry has ever seen. He recently butted heads online with Twitter chief Parag Agrawal over the way the social media giant accounts for bots, stoking speculation Musk may try to lower the price or even walk away.

Twitter’s shares fell another 3.2% in pre-market trading in New York, after sliding more than 8% on the previous day. The spread between Musk’s offer price of US$54.20 and its last trading price is currently about 40%, suggesting investors think there is little chance the deal will get done without a discount — if at all.

Twitter said it is “committed to completing the transaction on the agreed price and terms as promptly as practicable” in a statement on Tuesday.

“If a revised deal does get done by Musk and Twitter,” said Dan Ives, analyst at Wedbush, “it will likely be at a much lower price once negotiations take over and the diligence happens around Twitter DAU and algorithms hot button issues.”

The battle over bots has become a sticking point for Musk, who told a tech conference in Miami on Monday that fake users made up at least 20% of all Twitter accounts, possibly as high as 90%. Twitter regularly states in its quarterly results that the average of false or spam accounts “represented fewer than 5% of our monthly daily active users during the quarter”, adding that it applied “significant judgement” to its estimate, and the true number could be higher.

Musk encouraged Twitter users to run their own tests for bots, crowdsourcing the effort to calculate whether they made up less than 5% of the service. Responding to Musk’s assertions, Agrawal posted a long thread laying out his company’s methodology. Musk replied by first asking why Twitter does not just call users to verify their identity — and then by posting a poop emoji. The proposed takeover includes a US$1 billion break-up fee for each party, which Musk will have to pay if he ends the deal or fails to deliver the acquisition funding as promised. It is unclear whether an update by Twitter on the number of fake accounts — if materially larger than 5% — would trigger a so-called material adverse effect clause, releasing Musk from the break-up fee.

The latest barrage of tweets from the world’s richest person is yet another twist in Musk’s attempted takeover of the microblogging site. A prolific user with over 90 million followers, he revealed a stake of more than 9% in the company last month, then launched an unsolicited takeover offer — without detailed financing plans — all within a matter of weeks.

Musk caused the potential cracks in the deal to widen last week when he tweeted that his offer to buy Twitter was “temporarily on hold” until he got more information about the proportion of fake accounts. Roughly two hours later, Musk claimed in another tweet that he was “still committed” to the deal.

Musk says Twitter must prove bot claims for deal to proceed have 794 words, post on www.theedgemarkets.com at May 17, 2022. This is cached page on Business News. If you want remove this page, please contact us.