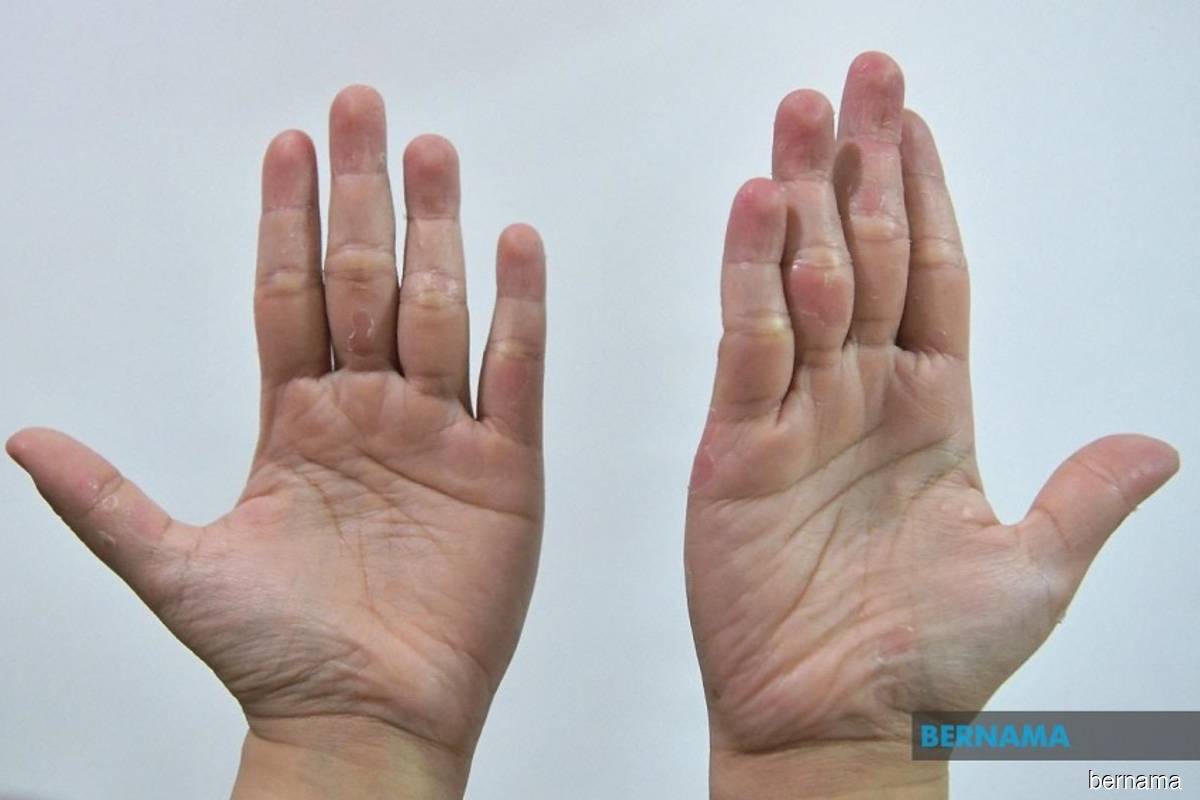 TAIPING (May 22): The Ministry of Health (MOH) does not encourage alternative treatment methods such as using turmeric powder or "semambu" (neem) leaves to treat hand, foot and mouth disease (HFMD).

Deputy Health Minister Datuk Dr Noor Azmi Ghazali said instead, people were advised to see a doctor if they have symptoms of infection.

"We are also concerned about the symptoms of dehydration. Hence, children with HFMD need to drink enough water. If not then it should be given intravenously and taken to hospital," he told reporters when met at the Aidilfitri open house at his residence here on Sunday (May 22).

On May 17, Health director-general Tan Sri Dr Noor Hisham Abdullah was reported to have said that the number of HFMD cases in the country had increased at an alarming rate of 15 times, to 31,661 as of May 14, compared with only 2,121 cases reported in the same period last year.

Dr Noor Hisham said that a total of 7,526 cases were recorded during the epidemiological week (ME 19/2022) which ended on May 14 alone, an increase of 349% compared with the previous ME with only 1,676 cases reported nationwide.

MOH: Use of alternative treatment for HFMD not encouraged have 424 words, post on www.theedgemarkets.com at May 22, 2022. This is cached page on Business News. If you want remove this page, please contact us.