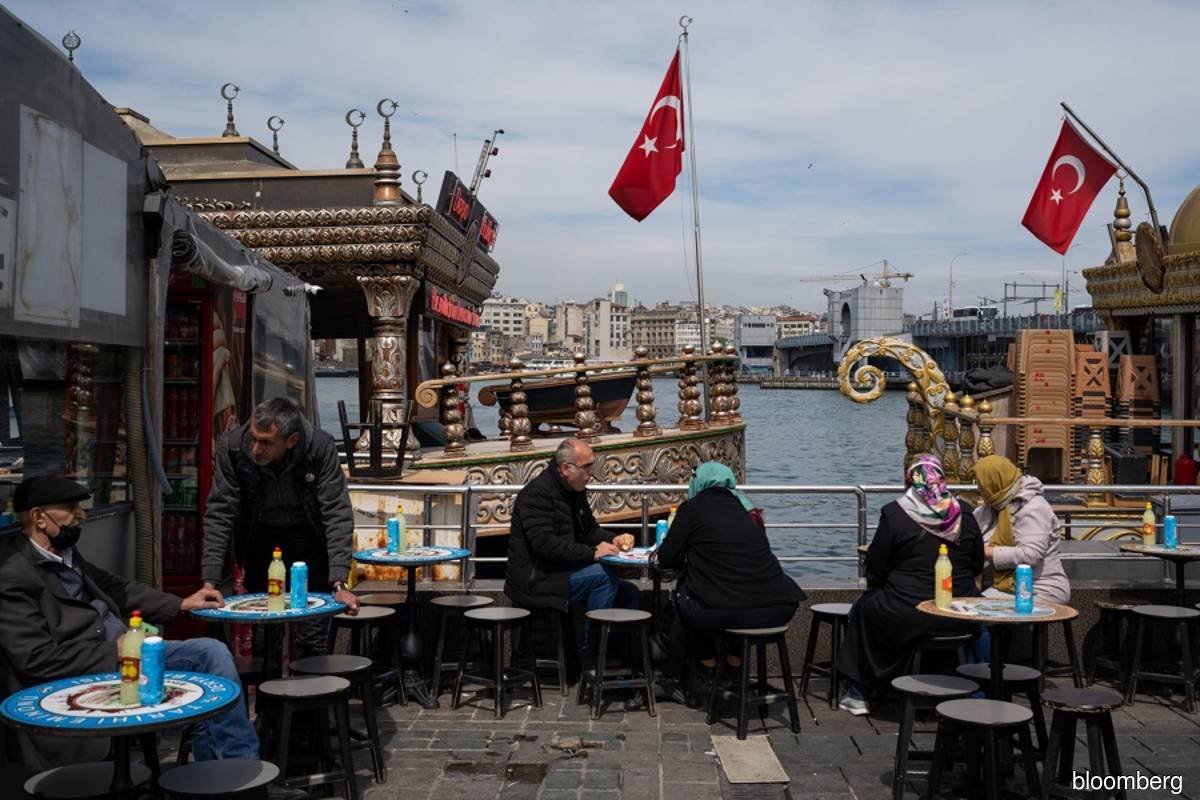 (May 16): As spiraling inflation spreads across the globe, emerging-market bonds from Turkey to Thailand are feeling the brunt.

Local-currency debt from developing nations — which is far more sensitive to a country's domestic inflationary pressures than dollar denominated equivalents — has slumped almost 9% this year, the most since at least 2008, according to a Bloomberg index. There's unlikely to be any relief soon as central bankers around the world attempt to control surging prices by raising interest rates even more aggressively — potentially risking growth in doing so.

That certainly wasn't the plan. Many developing economies led the charge in rate hikes last year, getting ahead of policy makers in the US and hoping to avoid a redux of the 2013 taper tantrum. But with inflation raging in the US and the strong dollar pressuring currencies elsewhere, these countries are now making a new rulebook. Policy makers across emerging nations are either signaling a longer campaign of hikes or making a policy u-turn from their more dovish ways. South Africa, the Philippines and Egypt may raise interest rates in the coming days.

"Longer tightening cycles are likely to weigh on local bonds — which were so popular at the start of 2022 — as emerging-market central banks were early to tighten policy and perceived as more mature in their tightening cycles," according to Brendan Mckenna, strategist at Wells Fargo & Co.

The biggest exchange-traded fund tracking local debt in emerging markets recorded outflows for the first week in five. The US$3.9 billion iShares JP Morgan EM Local Government Bond UCITS ETF had net withdrawals of US$8 million in the week ended May 13.

Inflation concerns have long weighed on Turkish bonds — the worst performers this month falling about 13% — but Czech bonds, already fighting off concerns about the nearby war exacerbating price pressures, were also among the hardest hit in May. A cumulative 5.5 percentage points of rate increases since June failed to tame the country's worst inflation in almost three decades.

Thai bonds, which are also among the biggest losers, are down 5.5% this month and are vulnerable to the prospect of heavy bond issuance this year, alongside inflation and pressure for rate increases, said Duncan Tan, a rates strategist at DBS Group Holdings Ltd in Singapore.

Price pressures are so severe that markets see even dovish central banks rethinking their stances. In Malaysia and India, swaps traders are pricing in further moves in the coming months after policy makers recently surprised investors by raising rates. And in Latin America — where some policy makers were trying to wrap up their hiking campaign — traders are winning bets on further tightening with Brazil, Chile and Colombia forced to adopt a more aggressive tone this month amid rampant inflation.

Policy makers "feel compelled to hike every time there is an upside surprise" in inflation, said Edwin Gutierrez, head of emerging-market sovereign debt at abrdn in London. "Realistically we may not see a pause until there is confirmation that inflation has peaked, which unfortunately for many emerging-market countries is unlikely to come till the third or fourth quarter."

Oil prices were already hovering at multi-year highs as global demand grew alongside an economic rebound from the pandemic. Crude skyrocketed to as high as US$130 a barrel — the highest since 2008 — as sanctions imposed on Russia following its invasion of Ukraine threatened to shrink supply. The war has also driven natural gas prices more than 100% higher this year, as Russia is a large exporter of the commodity.

Still, slowing growth expectations, especially in China, could ease commodity price pressures, said Lewis Jones, an emerging-market debt portfolio manager at William Blair Investment Management LLC in New York. And with hiking laggards, such as countries in Asia, catching up with their peers, interest rates in other parts of the developing world may be near the peak, he said.

That's creating some select opportunities to buy debt in countries with higher yields. "We are quite cautious on rates overall, but we are seeing more value in some of the higher-yielding countries such as Brazil and South Africa, where improving terms of trade are offsetting inflationary risks and where higher carry is cushioning some of the downside risks," Jones said.

Here are the main things to watch in emerging markets in the week ahead:

Bond traders reel as inflation hits world’s emerging local debt have 1057 words, post on www.theedgemarkets.com at May 16, 2022. This is cached page on Business News. If you want remove this page, please contact us.