The funeral of veteran Hong Kong actor Kenneth Tsang was held on Tuesday (May 17) in a low-key manner after he was found dead in a quarantine hotel in Hong Kong on April 27. He was 87.

According to the Hong Kong media, the actor’s funeral was attended by his wife, actress Lisa Chiao Chiao; his daughter Musette Tsang from his second marriage with columnist Barbara Tang; Tang and her husband Franco Yuen.

Musette Tsang told the media previously that her half-brother, Kenneth Tsang’s son from his first marriage to late actress Landi Chang, was based in Canada and would not be returning to Hong Kong to attend the funeral partly due to the territory’s quarantine measures.

The memorial ended at about 3pm on Tuesday, with Tsang’s casket moved to a crematorium for cremation afterwards. Musette Tsang said the family have not decided where to place his ashes. 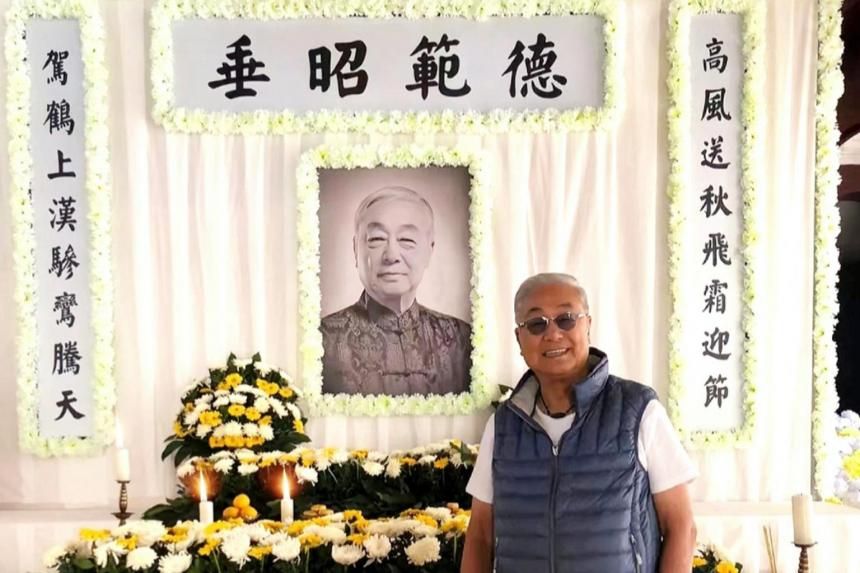 Kenneth Tsang’s studio posts on social media a photo of him on the set of a movie five years ago. Photo: Kenneth Tsang/Weibo

Ma, 71, posted on social media a photo of Tsang’s portrait used at the funeral, as she wrote: “Sending Brother Kenneth Tsang on his last journey with reluctance…see you in another world.”

Musette Tsang told the media that the photo was chosen by Chiao. She said the photo was taken by an American photographer and was her father’s favourite.

Kenneth Tsang’s studio also posted a photo of him taken five years ago on the set of a movie featuring the funeral of his character in the show.

Tsang, who has acted in more than 200 television serials and movies, starred in Singapore TV serials such as The Teochew Family (1995), The Unbeatables II (1996) and The New Adventures Of Wisely (1998).

One of his last movie credits was a guest appearance in crime thriller Man On The Edge , released in April, which starred Richie Jen, Simon Yam and Patrick Tam. – The Straits Times/Asia News Network

Beloved HK actor Kenneth Tsang’s funeral attended by loved ones and celebrities have 506 words, post on www.thestar.com.my at May 19, 2022. This is cached page on Business News. If you want remove this page, please contact us.