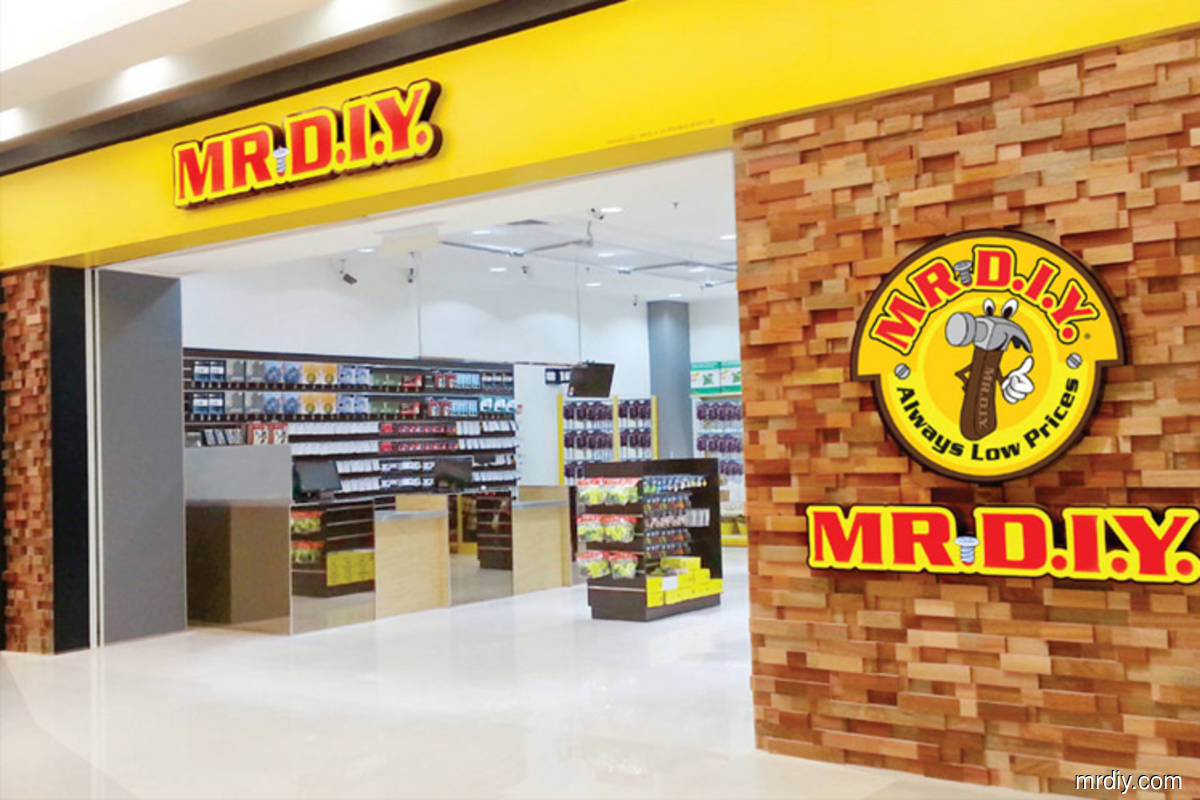 KUALA LUMPUR (May 17): No analysts who track Mr DIY Group (M) Bhd have advised clients to sell the stock, although the home improvement retailer’s latest quarterly earnings came in below some expectations.

Quarterly revenue, however, climbed 4.02% to RM905.16 million from RM870.18 million a year ago, driven by contributions from new stores, the company said in a bourse filing.

It declared an interim single tier dividend of 0.7 sen per share (approximately RM44 million), representing a payout ratio of 43.8%, despite earnings contraction.

While analysts described the lower quarterly profit as an unexpected temporary blip or hiccup, they told investors to buy more shares simply because they foresaw better quarters ahead amid expectation of gradual recovery on profit margin.

Still, some quarters were surprised by the year-on-year drop in earnings given the low base effect. Mr DIY’s quarterly earnings were below expectations of RHB Investment Bank, AmInvestment, CGS-CIMB Research and Kenanga Research, while HLIB Research said the results came broadly in line with its expectation.

And that might have prompted them to cut the target price (TP).

RHB Investment Bank analyst Soong Wei Siang maintained a “buy” call but with a slightly lower TP of RM4.50 from RM4.59 previously. Soong wrote that the two main factors dragging 1QFY22 performance are likely to dissipate in the upcoming quarters — considering the decline of Covid-19 infection rates and the end of the “Price Lock” campaign.

He said footfall is expected to normalise and the Aidilfitri festivities should further spur consumer spending whereas price adjustments are estimated to lift gross profit margin by two to three percentage points, according to management guidance.

Soong pointed out that higher minimum wage, effective May, will translate into higher wage costs, considering more than half of its 12,000 staff drew salaries below the new minimum wage.

“On the flipside, the resultant higher disposable income should also lead to higher consumer spending and the retail industry could well be one of the biggest beneficiaries.

“As such, the net impact on Mr DIY could be positive, taking into account its dominant market share in the home improvement retail industry,” he said in a note.

HLIB Research analyst Syifaa’ Mahsuri Ismail also reiterated her “buy” call. However, she cut TP to RM4.38 from RM4.51 previously as she trimmed price earnings ratio (PER) from 50 times to 40 times.

“We expect the steady store expansion and omnichannel strategy to shore up the company’s profitability in line with the clearer recovery picture,” she said in a note.

Nevertheless, she expects improvement in the subsequent quarters for the stock with full reopening of the economy, boost of disposable income from increase in minimum wage, and the ending of “Price Lock” campaign and gradual price increases across different product categories.

“The company’s future earnings will be driven by its growing store network and expanding its catchment area while the temporary deterioration in margin may be offset by the average selling price revision,” commented Muhammad Zulkaplly in a note.

He, too, maintained a “buy” call with a lower fair value of RM4.10 versus RM4.45 previously due to the reduced earnings.

CGS-CIMB Research was no exception. It reiterated an “add” call as well as revised down TP to RM4 from RM4.20. The research outfit trimmed its forecast earnings per share for the financial year ending Dec 31, 2022 (FY22) to FY24, in view of lower transaction volumes and higher input costs.

“While rising input costs, weaker ringgit and increase in minimum wage will have a near-term negative impact on margins, we expect Mr DIY to record stronger quarter-on-quarter results in subsequent quarters from higher revenue and margin expansion,” they said in a note.

In addition to further price hikes, CGS-CIMB Research said Mr DIY should benefit from increased sales from a pickup in footfall as Covid-19 cases subside.

“We think Mr DIY will not face a steep drop in sales as it will focus on preserving consumer demand despite upcoming price hikes,” it said.

Kenanga Research analyst Ahmad Ramzani Ramli upgraded its recommendation to “outperform” while keeping TP at RM4. It valued the retailer at a PER of 34 times.

He believed the high PER is justified based on robust growth potential driven by sustainable market demand for its products and store expansion, as well as its unchallenged position in the domestic space.

This was also in addition to strong gross profit margin with the absence of near- and long-term margin volatilities, thanks to its supply source China’s massive economies of scale, robust balance sheet providing ample cash for expansion, and net cash position ahead, allowing Mr DIY to deliver sustainable dividends.

Analysts cut Mr DIY target price despite expectation of better quarters ahead have 1065 words, post on www.theedgemarkets.com at May 18, 2022. This is cached page on Business News. If you want remove this page, please contact us.