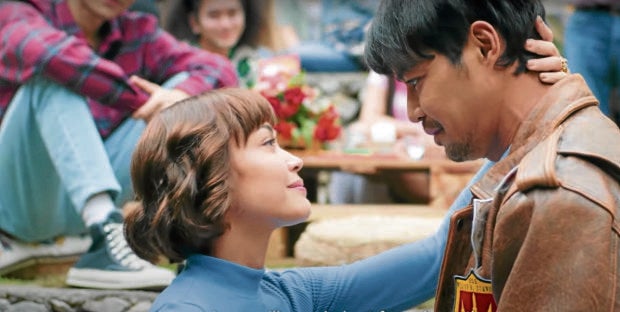 Actor Zanjoe Marudo, who plays lead in "The Broken Marriage Vow," said doing the scene where his character David had to beat up his wife Jill (Jodi Sta. Maria) had been so difficult that his body was still trembling even the morning after they finished shooting it.

"It was good that we did the scene when we were already halfway with shooting the entire series. We stayed in Baguio for almost two months. Prior to shooting the scene, I asked my costars if this was possible in real life, that a man could beat up his wife while he is cheating on her. From them, I heard of horrible true stories," Zanjoe told reporters during a virtual media gathering to promote the local adaptation of the British series, titled "Doctor Foster."

"I can still remember clearly how much I trembled while we were doing the scene. I really opened myself to the experience, to the emotions that I felt as an effect of the experience. It was hard for me also because I've never felt anything similar to what David felt," Zanjoe explained. "We shot the scene at night. The morning after, I woke up feeling as if I was still in that scene. Jodi told me it was like that for her, too. I was still trembling. It was actually kind of traumatic."

Zanjoe, however, pointed out that everyone was safe before and after taping the scene. "We were very pleased with how the scene turned out. We achieved this because we all helped each other—Jodi and I, along with the whole team. Even with our other scenes, which were mostly heavy ones, we helped each other deal with the anxiety and depression that go with them. Oftentimes, we would still carry the feeling with us when we pack up from work."

Zanjoe, on the other hand, didn't come into the project unprepared. "I had to do research on the male ego and on narcissism. I spoke with a lot of my male friends to ask if they might have a similar experience, if it's really possible for a person to fall in love with two people," he recalled. "When we were shooting the project, I was glad because what happened was that I was able to collaborate with the team. I didn't just build my character on my own. My coactors, directors, and the creative team helped me. I also realized that the more I kept thinking about how to be David, the harder it was for me. When I tried to forget about this, it's when I finally became him." 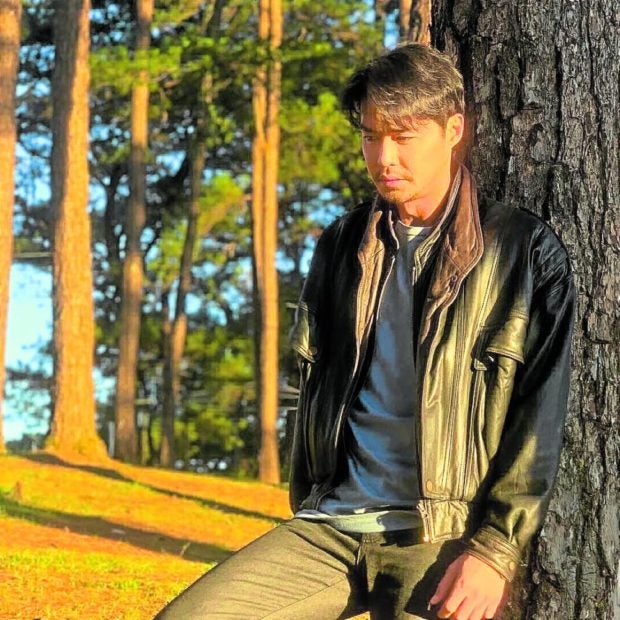 Is it possible to love two persons at once? "After doing this show, I realized that, 'yes, it's possible,'" said Zanjoe. "This doesn't just apply to men, but to women, too. In my opinion, it's hard to prevent yourself from feeling things. How you'd react to your feelings, how you'd choose to handle them, is what will make the difference. Will you pursue what you think will make you happy, or will you be concerned about who you will hurt in the process?"

As to whether or not he and David are similar in personality in some ways, Zanjoe said: "I guess the reason I had a hard time portraying David was that I have never experienced what David went through. I have never felt confused about who to love, nor have I ever been placed in a situation where I needed to choose one person over the other."

Zanjoe also said that being in a bubble set in Baguio City for almost two months had kept him from "detaching" himself from David. "Because we were in a lock-in set, we would still be with the same people after work; unlike before when we were still able to go home or work on a different project while on taping break," he explained. "To sort of take a break from being David, what I did was I kept talking with my coactors and the other staff members, share with them how I was feeling at that particular point in time. This became a form of release for me."

'Follow your heart'He added that he really didn't want to let go of David, even though this often left a "heavy feeling" in his chest and head. "I decided to simply carry him throughout the lock-in period and when it's really time to go home, tsaka ko siya ipinagpag. I'm thankful that during break time, Dra. Jill or Jodi would sometimes invite us to do acupuncture—we got needles in our ears—to help release the stress. Jodi brought with her all the stuff we needed to feel relaxed while on break."

Asked for his advice to men who might be experiencing the same struggles as David, the actor said: "Yes, I've had experiences when people would come up to me to share their feelings. I would always say, 'follow your heart,' especially to those who already have families. I would also say, 'If your family is complete, and if you already have a child, you will never hear me say I'll agree to your plan to leave them. If you truly love someone, then there should no longer be any 'if's' or 'buts.'"

"The Broken Marriage Vow," codirected by Connie Macatuno and Andoy Ranay, will start airing at 8:40 p.m. on Jan. 24 on the Kapamilya Channel, Kapamilya Online Live, Jeepney TV, A2Z Channel 11, and TV5. You can see it first on iWantTFC 48 hours before the TV airing starting Jan. 22.

Zanjoe Marudo ‘traumatized’ by domestic abuse scenes in ‘The Broken Marriage Vow’ have 1188 words, post on entertainment.inquirer.net at January 20, 2022. This is cached page on Business News. If you want remove this page, please contact us.