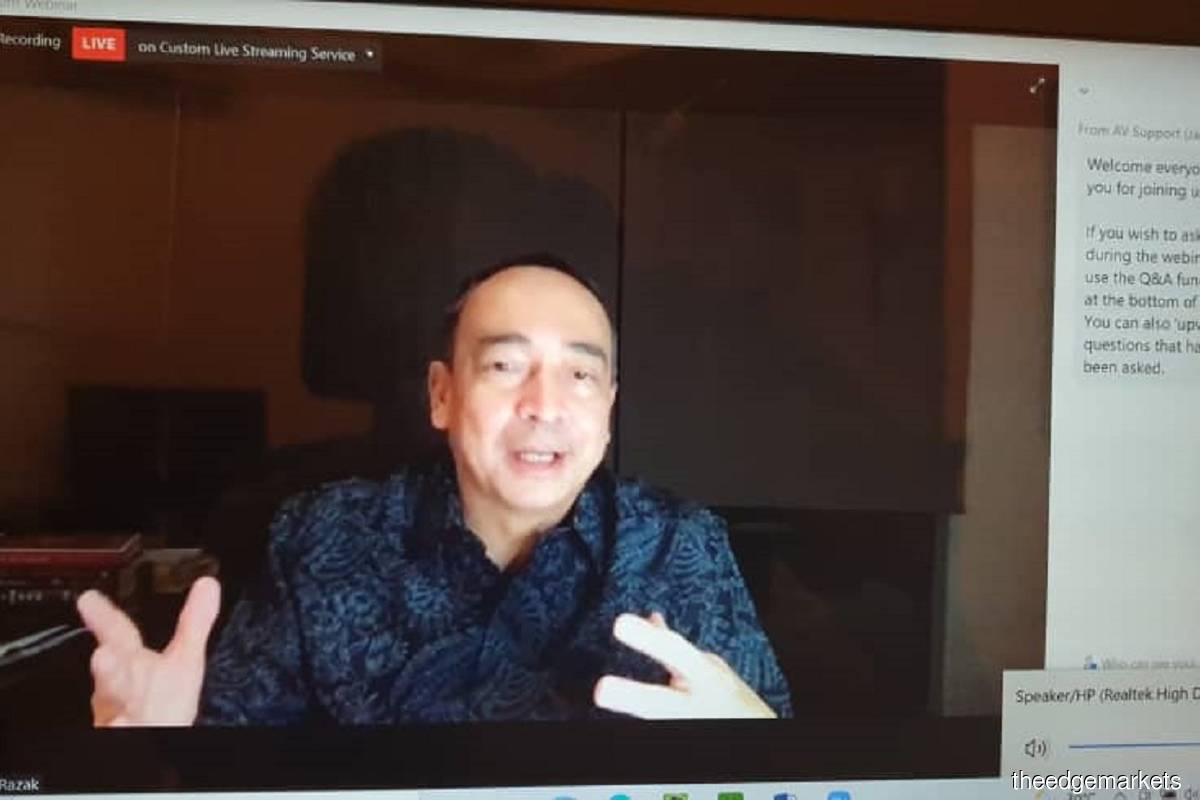 Nazir: If it were left to me, I would certainly want to populate the assembly with a lot of youths

KUALA LUMPUR (Jan 24): Tan Sri Nazir Razak (pictured) wants to do his utmost to contribute towards a national reset, but said joining politics is not the way to do it.

The prominent banker, who is one of Malaysia's leading public figures, stressed that he has no plan to venture into politics to hasten change.

"People have called me and said, if you really want to contribute, go into politics, but that's precisely what I shouldn't be doing. What I want to do is try and change politics," he told a question-and-answer session on Monday (Jan 24) after an open Zoom chat with Professor Ngaire Woods, dean of the Blavatnik School of Government at the University of Oxford, about his recently published memoir.

"And that's why, last November, I wrote to the King about this idea of setting up this Better Malaysia Assembly (BMA), introducing deliberative democracy. Because I think, this is the way forward," he added.

Nazir, who has long spoken about the need for Malaysia to have an overhaul of its democracy, institutions and social economy, sent the letter, signed by 54 other prominent individuals, to the Yang di-Pertuan Agong, to propose the formation of the BMA — a non-partisan platform with ideas and recommendations for the national reset.

"If it were left to me, I would certainly want to populate the assembly with a lot of youths. The future is for you guys. We cannot leave structural change, long-term issues, to Parliament, to politicians, to partisan politics — they just cannot compute some of these issues. And when they debate, it's very hostile," he said.

Nazir, who is currently chairman of Bank Pembangunan Malaysia Bhd, urged young folks not to give up on the country, saying things could be different going forward.

"Certainly, don't give up. [Malaysia] has just passed legislation for 18 to be the new threshold for voting, so the dynamics at the next general election will be quite different, and all political parties and politicians will certainly have to take more note about the youth, going forward," he said, in response to questions from young Malaysians seeking inspiration on how to change the country for the better.

He also thinks that every corporate board in Malaysia should include a seat for a young person as he strongly believes this would help bridge the generational gap.

"We already encourage boards to be at least 30% female, why not also say there are seats for youth? Why not every board have a young person? That's something I want to pursue, and I believe it will also be Muda's manifesto going forward," he said.

Meanwhile, he said the next step for the BMA initiative is "to hopefully get the monarchy's support".

"I'm hoping the monarchy, which I think is an institution which thinks very long term, will just say 'this is a great idea, why don't you work with the executive and Parliament to make this happen'. If we can move forward, then one needs to engage the Parliament and politicians to convince them that this is the way forward," he shared.

His memoir, What's In a Name , provides insights into his family, his time at CIMB Group Holdings Bhd where he was CEO and later chairman, and politics in Malaysia.

Nazir Razak: I don’t want to join politics, I want to change politics have 843 words, post on www.theedgemarkets.com at January 25, 2022. This is cached page on Business News. If you want remove this page, please contact us.