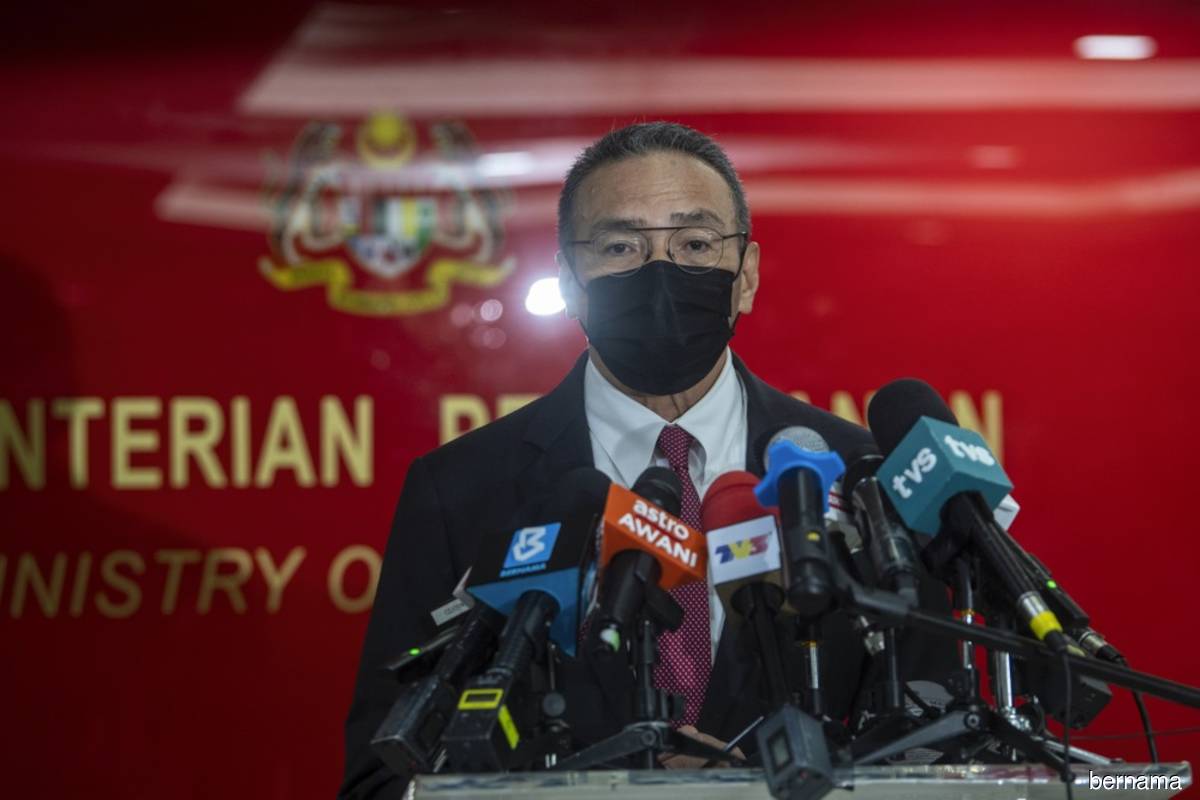 He said that in order to realise this, the Trilateral Cooperative Arrangement (TCA), which is still in force, would be upgraded to the level of Defence Ministers of Malaysia, Indonesia and the Philippines.

"I will go to Surabaya (Indonesia) this Jan 27 to meet my counterparts from the two countries to discuss it. Malaysia and Indonesia too will sign a Memorandum of Understanding (MoU) on comprehensive defence cooperation which will be the first between the two countries.

"In addition, we will resume the General Border Committee Malaysia-Indonesia (GBC Malindo) meeting in February to be hosted by Malaysia,” he said in his New Year message for the Defence Ministry at Wisma Perwira here on Monday (Jan 17).

In addition, Hishammuddin said that he would also receive a visit by the French Minister of the Armed Forces Florence Parly on Jan 23.

On the organisation of the 2022 Defence Service Asia Exhibition (DSA), Hishammuddin said the exhibition would give him, the Ministry of Defence secretary-general and the Malaysian Armed Forces chief the opportunities to meet their respective counterparts, adding that many industry players were expected to attend.

"I am a Covid-19 (quartet) minister, I understand the risk, especially the spread of the Omicron variant. God willing, if the event is allowed to take place, it will be organised in a safe manner with tight SOP (standard operating procedures)," he said.

The exhibition, which will be held from March 28 to 31, will provide the opportunity for strategic sharing, business co-operation and successful networking between the defence and security industry stakeholders with government departments.

The exhibition at the Malaysian International Trade and Exhibition Centre (MITEC) is expected to be participated by 1,500 companies from 60 countries involving 350 dignitaries and 50,000 visitors from all over the world.

Meanwhile, commenting on the status of the termination of “Operasi Benteng” (Op Benteng) under the National Task Force (NTF), Hishammuddin said he would seek the advice of the MAF leadership and discuss with the Minister of Home Affairs (MOHA) Datuk Seri Hamzah Zainudin on the matter.

“I will discuss with the Minister of Home Affairs because NTF is a co-operation and co-ordination of all the agencies responsible," he said adding that the final decision would be made at the National Security Council's meeting to be chaired by Prime Minister (Datuk Seri Ismail Sabri Yaakob).

He told reported this at a media conference after delivering the message.

On Jan 13, Hamzah announced that Op Benteng under NTF would be terminated in  June and that all new planning and implementation of the operation would be handed back to MOHA for further action.

Curbing threats to security needs strong cooperation, defence diplomacy have 694 words, post on www.theedgemarkets.com at January 18, 2022. This is cached page on Business News. If you want remove this page, please contact us.