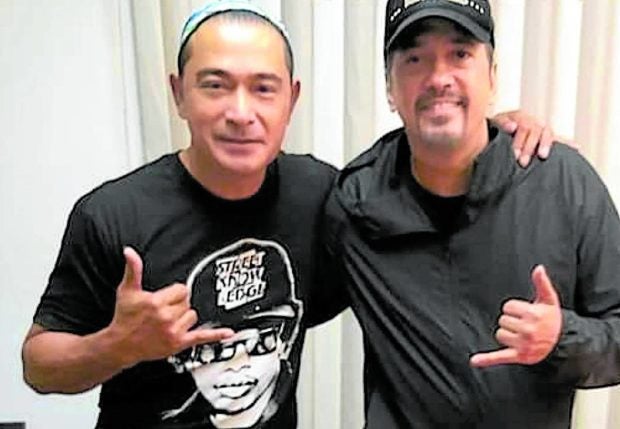 After BFF Buboy (Cesar Montano) and Bestie Alvin Anson's COVID-19 scare, it was such a joy to bond with them and celebrate their second lease on life. During our wine session, both of them jammed on Facebook Live. They sang praise and worship songs to thank the Lord for healing them.

I was all ears listening to them compare notes on their hospital confinement. BFF said that his being a licensed scuba diver (in preparation for his "Muro Ami" movie in 1999) helped him manage his breathing when "ga-munggo nalang ang hininga ko." As for Bestie, he said that forcing himself to eat spared him from getting intubated. 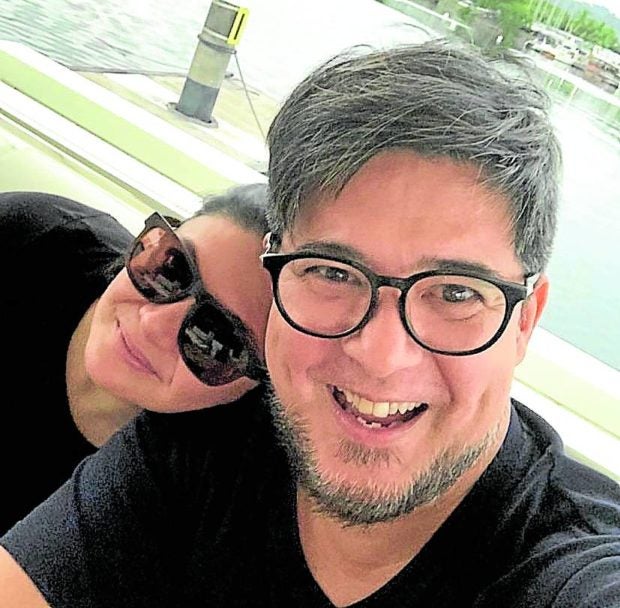 The Muhlachs, Lani and Queen P have recovered, Ces is asymptomatic, while Arnold and Gretchen are still recovering.

Hopefully, the pandemic is on its last season. Enough of COVID being a scene-stealer in showbizlandia. May it not do a "Coco Martin" whose "Ang Probinsyiano" seems to be never-ending.

Surprisingly, I pulled it off in only one take. It's quite a thrill to have been part (even just as an "extra") of such an iconic franchise. So I am excited about Regal Entertainment and GMA Network's series, "Mano Po Legacy: The Family Fortune" (MPLTFF).

From the big screen to primetime TV, the drama gets even more compelling. It airs 9:35 weeknights on the Kapuso Network and topbills Boots Anson-Roa, Maricel Laxa, Sunshine Cruz and Barbie Forteza. It also features new hotties David Licauco, Nikki Go, Rob Gomez and Dustin Yu. As the plot thickens, will MPLTFF prove that blood is indeed thicker than water?

Here's my chat with Barbie (B) and the brains behind MPLTFF, Roselle Monteverde (R):

The line in your show's teaser goes: A parent's wish or follow your dreams. What's your advice to those who are torn like that?

B: I am thankful to my parents because they never put me in that situation. My advice would be to follow your dreams. As long as you're good at what you do, earn from it, and you don't step on anyone, you're going to be fine. Even if you go against what your parents want, they will eventually understand if they see how happy you are in the path you chose to take.

If you were single, who among your four costars (David, Nikki, Rob, Dustin) would be boyfriend material for you?

B: They're all boyfriend material. But what I can say about my boyfriend Jak Roberto is that we keep each other grounded. My parents and I appreciate his always being on time for our dates and for work. Punctuality matters to me because I respect other people's time.

What are some misconceptions about Chinese-Filipino families that the series tackles?

R: Fil-Chi women are empowered and achievers. They are not timid nor are they made to be just housewives. They are often career-minded and achievers, and they never neglect family obligations at the same time.

Are some parts of the series based on real stories of people within your circle?

R: We could not eliminate that since I am in that circle. We made the character fictitious and not pertaining to anyone in particular. This is why we have a disclaimer, because the story can be close to reality. Much of the plot is familiar to the Chinese community.

AJ and Sean team up anew in 'Hugas

'Even if AJ Raval and Sean de Guzman's romance got thwarted, their onscreen pairing continues to sizzle. After "Nerisa" and "Taya," they dare to bare more in "Hugas" (streaming on Vivamax).

The sexy crime thriller is directed by Roman Perez Jr. It will show how love can sometimes be a dangerous thing and that couples with a dark past can still have a brighter future.

AJ: I don't get insecure even if Viva is building up other young sexy stars. I only compete with myself. Even if I am called the "bagong pantasya ng bayan," I don't let it go to my head.

S: If I fall for a girl who will ask me to stop doing sexy movies, I will just forget her. Maybe when I am older, I can prioritize love over career. For now, I want to strike while the iron is hot.

AJ: No awkwardness between Sean and me at all. Doing love scenes together has already become second nature to us.

S: Direk Roman keeps teasing me and calls me "Pandemic Superstar" or "Pambansang Fucboi." That's because I've been swamped with sexy movie projects since 2020.

R: People have been asking me to compare Vince Rillon of my other film "Siklo" and Sean. They are on equal footing. But Vince is more of a raw actor, while Sean is a learned actor. It would be exciting to cast them together in a future project.

Vivamax to produce 52 productions this year

Vivamax, the No. 1 Pinoy streaming platform, is all set to release two originals per week for its over two million subscribers (and counting) this 2022. Aside from that, classic films, rom-com series, Korean blockbusters and Hollywood hits are also available for binge-watching.

Viva is slated to produce at least 52 films/series this year. With the reopening of cinemas, eight films will have a theatrical release. It stays true to its commitment of a P1-billion production budget per year, despite the pandemic. Kudos to Boss Vic del Rosario and his team for resuscitating the movie industry in the time of COVID-19.

COVID surge in Tinseltown have 1344 words, post on entertainment.inquirer.net at January 15, 2022. This is cached page on Business News. If you want remove this page, please contact us.