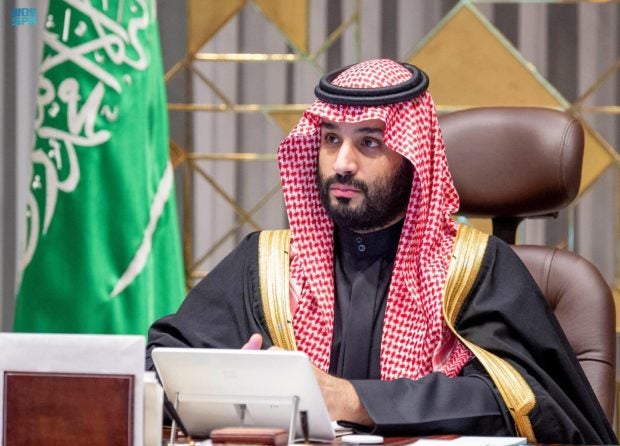 RIYADH — In deeply conservative Saudi Arabia the religious police once elicited terror, chasing men and women out of malls to pray and berating anyone seen mingling with the opposite sex.

But the stick-wielding guardians of public morality have watched gloomily as in recent years their country eased some social restrictions — especially for women — and grumble bitterly at the changing times.

"Anything I should ban is now allowed, so I quit," Faisal, a former officer, who asked to use a pseudonym to protect his identity, told AFP.

Saudi Arabia, home to the two holiest Muslim sites, has long been associated with a rigid branch of Islam known as Wahhabism.

The notorious morality police — officially titled the Commission for the Promotion of Virtue and the Prevention of Vice, but known simply as the mutawa — were previously tasked with enforcing the observance of Islamic moral law.

That included overseeing any action considered immoral, from drug trafficking to bootleg smuggling — alcohol remains illegal — down to monitoring social behavior including the strict segregation of the sexes.

But the force was sidelined in 2016, as the oil-rich Arab kingdom tried to shake off its austere and ultra-sexist image.

Some restrictions have been eased on women's rights, allowing them to drive, attend sports events and concerts alongside men, and obtain passports without the approval of a male guardian.

Deprived of 'its prerogatives'

The mutawa has been "deprived of all its prerogatives" and "no longer has a clear role", said Faisal, 37, dressed in dark traditional robes.

"Before, the main authority known in Saudi Arabia was the Commission for the Promotion of Virtue. Today, the most important one is the General Entertainment Authority," he added sarcastically.

He was referring to the government agency that organizes events, including a performance last year by Canadian pop star Justin Bieber at the Saudi Formula One Grand Prix car race and a four-day electronic music festival.

For decades, the mutawa's agents cracked down on women who did not properly wear the abaya, an enveloping loose black dress worn over the clothes.

The rules now on the abaya have been relaxed, mixing between men and women has become more common, and businesses are no longer forced to close during the five daily prayer times.

Turki, another ex-mutawa agent who also asked for his name to be changed, said the institution he worked for a decade effectively "no longer exists".

Those officers who remain do so "only for the salary", he said.

"We no longer have the right to intervene, nor to change behaviors that were considered inappropriate", he added.

'Hit us with sticks'

Since becoming Saudi Arabia's de facto leader in 2017, Crown Prince Mohammed bin Salman has sought to position himself as a champion of "moderate" Islam, even as his international reputation took a hit from the 2018 murder of journalist Jamal Khashoggi inside the Saudi consulate in Istanbul.

For writer Saud al-Katib, the reduction of the mutawa's power constitutes a "significant and radical change".

Many ordinary Saudis such as Lama, a woman puffing a cigarette in the centre of the capital Riyadh, say they are not shedding tears for the agents.

"We would not have imagined smoking in the street a few years ago," said Lama, her flowing abaya robe open to show her clothes beneath.

"They would have hit us with their sticks," she said laughing.

Rather than patrolling the streets, mutawa agents now spend much of their time behind their desks, developing awareness campaigns on good morals or health measures.

The mutawa is now "isolated", said a Saudi official who requested anonymity, noting "a significant drop in the number of its employees".

Mutuwa leader Abdel Rahman al-Sanad wants to reform the force — in a country where more than half of the population is under 35 years old — and has even told a local television station the commission would recruit women.

Sanad has admitted some agents had in the past committed "abuses", and carried out work without any "experience or qualification".

Ahmad bin Kassem al-Ghamdi, a former senior mutawa official ousted in 2015 because of his progressive views, said the commission's "biggest mistakes were following individual mistakes" by some officers.

This, he told AFP, "caused an adverse and negative" impact to its image.

But the authorities cannot afford to get rid of it completely, according to Stephane Lacroix, an expert on the region and a professor at France's Sciences Po university.

The mutawa are linked "to a certain Saudi identity to which many conservative Saudis adhere," Lacroix said.

But, while some things have changed, others have not.

Although the religious police have seen their powers wane, alongside the reforms have come a crackdown on dissidents — including intellectuals and women's rights activists.

Saudi national linked to IS, companion arrested in Cotabato City

OFW comes home from Saudi to cops waiting to arrest her

Changing times for Saudi’s once feared morality police have 1230 words, post on newsinfo.inquirer.net at January 19, 2022. This is cached page on Business News. If you want remove this page, please contact us.