At the time, the Chinese gaming, streaming media, and e-commerce company seemed like an attractive alternative to tech giants like Alibaba ( NYSE:BABA ) and Tencent ( OTC:TCEHY ) — which both faced more scrutiny from the country’s antitrust regulators. 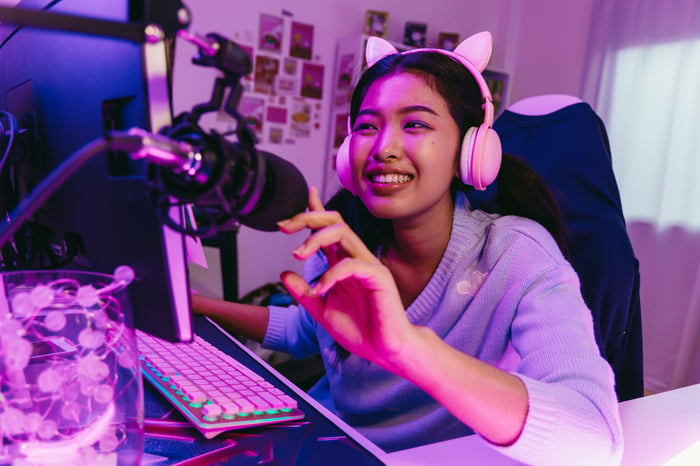 But as of this writing, Bilibili’s stock trades at just $38 per share. China’s ongoing crackdown on its top tech companies, rising interest rates, and concerns about Bilibili’s contracting margins, widening losses, and rising debt levels all took a toll on this high-flying stock.

But have investors overreacted and tossed a baby out with the bathwater? Let’s review the bear and bull cases to see if Bilibili is worth buying again.

What the bears will tell you about Bilibili

The bears will point out that Bilibili generated 28% of its revenue from mobile games in the first nine months of 2021. This business, which publishes hit games like Fate/Grand Order , is vulnerable to China’s tighter standards for video game approvals and stricter playtime restrictions for minors. It also faces difficult comps as people play fewer games in a post-lockdown market.

The bears will also note that Bilibili’s value-added services (VAS) segment, which generated 37% of its revenue in the first nine months of 2021 (mainly by selling virtual gifts and subscriptions for live streamers), could be disrupted by tighter censorship standards and intense competition from short video platforms like ByteDance’s Douyin (known as TikTok overseas) and the popular video game streaming platforms Huya and DouYu .

Bilibili’s VAS revenue still rose 94% year over year in the first nine months of 2021, but that represented a slowdown from its 134% growth in 2020.

Bilibili’s other two main businesses — advertising (22% of its revenue in the first nine months of the year) and e-commerce (the remaining 12%) — also generated significantly slower revenue growth in 2021.

As Bilibili’s revenue growth decelerates, its gross margins are contracting as its net losses continue to widen:

Bilibili can’t afford to keep burning cash at that rate since it ended its third quarter with just $1.65 billion in cash and equivalents. That’s why it priced a new $1.4 billion convertible debt offering last November, which will likely boost its debt-to-equity ratio from approximately 0.8 to 1.2.

Bilibili has repeatedly diluted its shares with secondary and convertible debt offerings before. As a result, its total number of outstanding shares (on a weighted average basis) has risen over 60% since the end of 2018.

Lastly, there’s still the possibility that Tencent and Alibaba, two of Bilibili’s top backers, will need to divest their stakes to comply with tougher antitrust regulations. If that happens, Bilibili’s bonds with those two tech giants could weaken, and its stock could tumble to fresh lows.

What the bulls will tell you about Bilibili

Bilibili faces many challenges, but its core audience of Gen Z users continues to expand. It ended the third quarter of 2021 with 267.2 million monthly active users (MAUs), representing 35% growth from a year earlier, as its monthly paying users (MPUs) jumped 59% to 23.9 million.

Its number of “official” members, who need to pass a 100-question “exam” on anime, comics, and games to gain access to additional perks, also rose 38% year over year to 133.6 million during the quarter. Those hardcore fans can be more easily converted to paid users.

The bulls will also argue that Bilibili’s gaming business isn’t that vulnerable to China’s tighter playtime restrictions for minors since it generates “less than 1%” of its gaming revenue from players under the age of 18. It also said that several of its new games had already been approved last quarter, suggesting that the gaming segment could recover quickly after it laps its difficult year-over-year comparisons to the pandemic.

Lastly, the bulls will point out that Bilibili’s stock has become extremely cheap relative to its long-term revenue growth estimates:

A lot of American tech stocks which are generating comparable revenue growth as Bilibili are still trading at double-digit price-to-sales ratios. So if the regulatory headwinds wane and Bilibili stabilizes its losses, its stock could potentially double and still be considered reasonably valued.

Is Bilibili worth buying?

Bilibili isn’t doomed yet, but it will remain out of favor as long as Chinese stocks face regulatory challenges and interest rates continue to rise. Therefore, investors should avoid Bilibili for now and stick with more reliable blue-chip tech stocks in this challenging market.

Bilibili Stock: Bear vs. Bull have 1014 words, post on www.fool.com at January 20, 2022. This is cached page on Business News. If you want remove this page, please contact us.