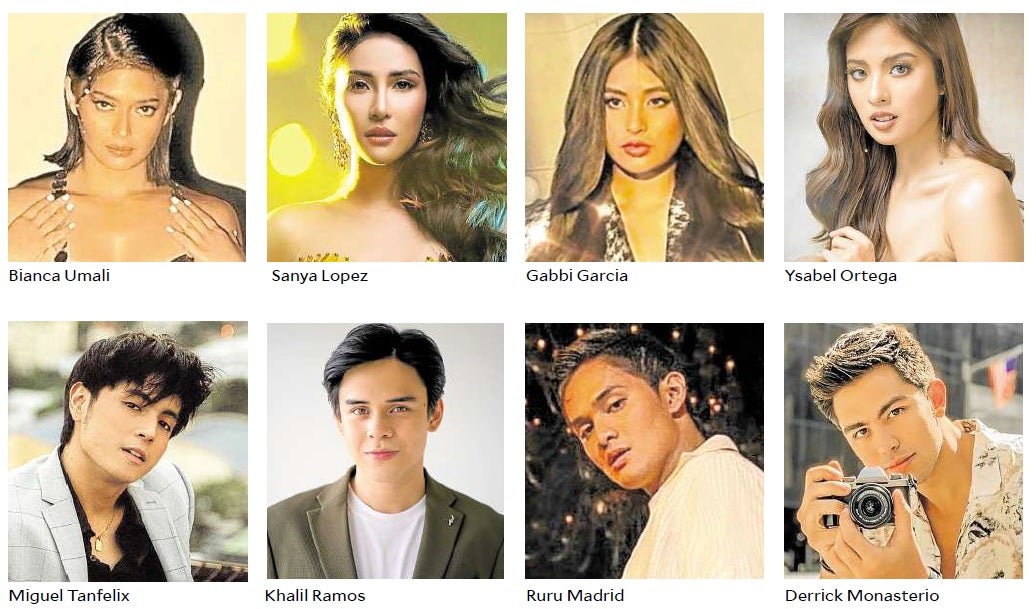 More than good looks and talent, attitude and the intangibles, Johnny Manahan said, are what ultimately make a star.

"They're 'it.' Each and every one of them has what we call 'it' [factor]—also known as 'I don't know what they have, but they do have it. It's something we can't really define," Manahan, or more popularly known in show biz circles as Mr. M, related at a recent virtual conference.

Manahan, who headed the talent agency Star Magic for 28 years, now works for GMA 7 and Sparkle as a consultant.

"Another thing is their dedication to the craft of acting. So you already have the 'it,' now you need ambition and discipline. That's what's going to make them stars. They have to have the commitment and know what hard work is," he said. "And we say, only the brightest stars sparkle."

As part of Sparkle, Manahan hopes to help GMA continue "the great work that they have been doing." "I'm sure that the Artist Center's tradition of quality … we will sustain that—we will just have a little more sparkle," he said.

While the eight artists admitted being Sparkle's face for 2022 comes with pressure, they're excited, more than anything, for the projects lined up for them.

"Maraming magagaling, maraming magaganda. That's why we're really thankful to have been chosen. So the only thing we can do now is do our best in every project given to us. We can't break the trust the network has given us," she said.

Bianca Umali, whose performance in the cultural family drama "Legal Wives" caught the attention of show biz creatives, is the star of the HBO Asia original fantasy-thrillers "Halfworlds" Season 3.

"There are many aspiring artists who want this kind of opportunity, and yet, I was one of the eight given that. The announcement that I will be part of this was very unexpected, which is why I'm very thankful … I'm excited to start this wonderful new chapter in my life," she said.

Gabbi Garcia, star of the coming primetime drama series "Love You Stranger," is also preparing for a film to be shot in the United States. "I have been with Artist Center since I was 15, and to witness them rebrand and make this move is really a big thing for me. I'm really excited to grow with them together," she said.

Ysabel Ortega, daughter of former action star Sen. Lito Lapid, will play Jamie Robinson in "Voltes V: Legacy" and will top bill the coming primetime series "What We Could Be."

"I was excited, of course, when I was told I was going to be part of this group … This is really a big opportunity for all of us to step out of our comfort zones," she said. "I'm now more driven to live up to people's expectations."

Like Ysabel, "Starstruck Kids" first runner-up Miguel Tanfelix will be part of "What We Could Be" and will play team leader Steve Armstrong in "Voltes V: Legacy." "We have been having a lot of meetings because there are a lot of plans for us individually and for Sparkle as a whole. There will be ups and downs, so we're already trying to see what we may encounter along the way," he said.

Khalil Ramos will not only headline "Love You Stranger" with his real-life girlfriend Gabbi, but is also expected to focus on music—his first love. "I have made big career decisions in the past two years … This is another opportunity, platform and chapter in my life, where I can create and collaborate with people, and inspire the audiences as well," he said. "I'm overjoyed to be part of this group. Honored. I really feel privileged that there are people who believe in my talent."

While Derrick Monasterio has been busy with his weightlifting and CrossFit training the past year, acting and music are the goals for 2022. "I was driving when I learned about the news, and my initial reaction was to offer a prayer and thank the Lord," he said. "This is a huge thing. We're all very lucky."

Ruru Madrid, the star of the coming political-fantasy drama "Lolong," is confident that Sparke will help the eight of them hone and highlight their individual talents. "All eight of us have different personalities, we all have different brandings … But we all want to show who we really are," he said. INQ

8 GMA artists who have the ‘it’ factor, according to star-maker Mr. M have 1202 words, post on entertainment.inquirer.net at January 25, 2022. This is cached page on Business News. If you want remove this page, please contact us.