DocuSign ‘s ( NASDAQ:DOCU ) stock price has been cut in half over the past two months. Most of that decline occurred in early December when the e-signature-services leader followed up a solid third-quarter earnings report with mixed guidance for the fourth quarter.

DocuSign expects its revenue to rise 29%-31% year over year in the fourth quarter of fiscal 2022, which represents a slowdown from its 49% growth in the first nine months of the year. Analysts had expected 34% growth. 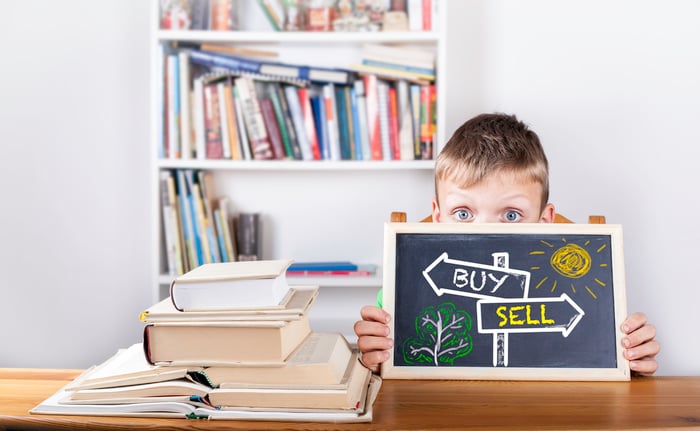 DocuSign’s forecast implies its revenue will grow 44% in fiscal 2022, which only represents a slight slowdown from its 49% growth in fiscal 2021.

However, analysts expect its revenue to rise just 25% in fiscal 2023 as it faces tough comparisons to its pandemic-induced acceleration over the past two years. CEO Dan Springer also warned of a post-lockdown deceleration last quarter, noting that its customers were returning to “more normalized buying patterns” following “six quarters of accelerated growth.”

That deceleration, along with an overheated forward price-to-earnings ratio that hit the triple digits last year, caused DocuSign’s stock to plunge. But could the company be worth buying after that pullback? Let’s take a look at a recent green flag for the bulls — and a red one for the bears — to decide.

The green flag: DocuSign’s CEO bets on a rebound

On Jan. 10, CEO Springer bought 38,192 shares of DocuSign at an average price of $131.25 per share. That $5 million purchase is Springer’s second notable purchase following the company’s post-earnings plunge: He bought another 33,675 shares for about $4.8 million in December.

Those big purchases indicate DocuSign’s stock — which trades at about $139 as of this writing — could finally be reasonably valued at 60 times forward earnings and 11 times next year’s sales.

The red flag: Cathie Wood gives up on DocuSign

Wood’s ARK Next-Generation Internet ( NYSEMKT:ARKW ) ETF and ARK Fintech Innovation ( NYSEMKT:ARKF ) ETF also liquidated their entire positions in DocuSign. Only the ARK Transparency ETF ( NYSEMKT:CTRU ) , which invests in an index of the world’s “most transparent” companies, still allocates about 1% of its portfolio to the company.

Wood’s big sale came after all of the ARK ETFs that owned DocuSign (including ARK Transparency, which was only launched a month ago) broadly underperformed the S&P 500 over the past 12 months. 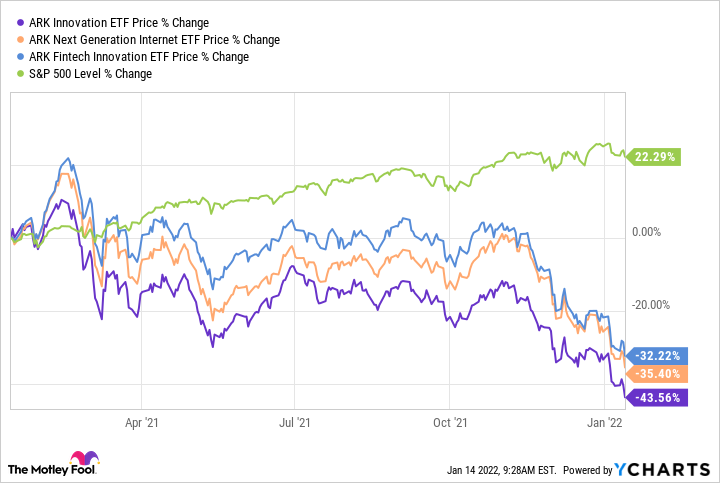 Cathie Wood’s sale doesn’t necessarily mean that DocuSign is dead money, but it might convince some growth-oriented investors that its near-term growth potential is limited.

Does the good news outweigh the bad?

Springer’s purchases indicate the stock’s downside potential is limited and it could rebound as its growth stabilizes. In an interview last month, Springer admitted that DocuSign had grown complacent in generating fresh demand and exploring new use cases as the pandemic-related tailwinds boosted its sales. But he also said it wouldn’t take too long to rectify those mistakes, and he’s clearly putting his money where his mouth is.

Meanwhile, Cathie Wood might simply be selling all of ARK’s DocuSign shares to free up cash and portfolio space for new investments.

Is DocuSign worth buying right now?

DocuSign, which controls about 70% of the e-signature market, could still have a bright future ahead as companies reduce their dependence on paper-based contracts. However, it’s still a risky stock to own as interest rates rise because its revenue growth is decelerating, and it’s still unprofitable on a generally accepted accounting principles ( GAAP ) basis.

DocuSign’s stock looks a lot cheaper than it did last year, but investors should still stick with better-diversified tech giants that generate stable revenue growth with firm GAAP profits — at least until the macroeconomic headwinds wane.