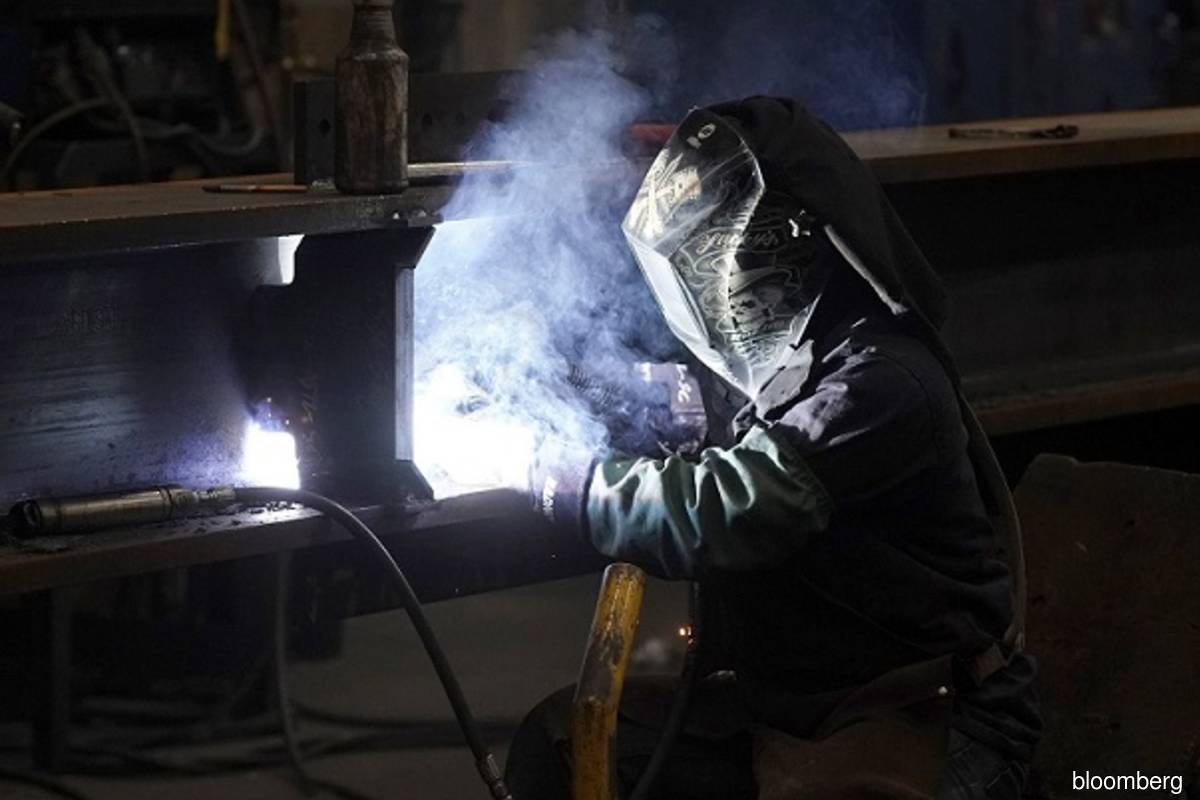 WASHINGTON (Dec 1): US manufacturing activity picked up in November amid strong demand for goods, keeping inflation high as factories continued to struggle with pandemic-related shortages of raw materials.

Signs that the economy was gathering momentum halfway through the fourth quarter were underscored by other data on Wednesday showing private employers maintained a strong pace of hiring last month. But there are fears that the Omicron variant of Covid-19 could hurt demand for services, as well as keep the unemployed at home, and hold back job growth and the economy.

“Manufacturing should continue to contribute positively to GDP growth over the next year as businesses replenish inventories and supply-chain issues improve,” said Ryan Sweet, a senior economist at Moody’s Analytics in West Chester, Pennsylvania. “There are risks, including the potential for businesses overbooking orders now and the Omicron variant magnifying price and supply chain issues.”

The Institute for Supply Management (ISM) said its index of national factory activity increased to a reading of 61.1 last month, from 60.8 in October.

A reading above 50 indicates expansion in manufacturing, which accounts for 12% of the US economy. Economists polled by Reuters had forecast the index rising to 61.0.

“The US manufacturing sector remains in a demand-driven, supply chain-constrained environment, with some indications of slight labour and supplier delivery improvement,” said Timothy Fiore, ISM chair of the manufacturing business survey committee.

All of the six largest manufacturing industries, including computer and electronic products as well as transportation equipment, reported moderate to strong growth.

Makers of computer and electronic products said “international component shortages continue to cause delays in completing customer orders.” Transport equipment manufacturers reported “large volume drops due to chip shortage.” Furniture producers said “business is strong but meeting customer demand is difficult due to a shortage of raw materials and labour.”

But there are some glimmers of hope. Prices for steel plate and hot-rolled coil appear to be nearing a plateau, according to manufacturers of fabricated metal products. Supply of plastic resins is improving, accounts from manufacturers of electrical equipment, appliances and components, as well as plastics and rubber products suggested.

The ISM survey’s measure of supplier deliveries slipped to a reading of 72.2, from 75.6 in October. A reading above 50% indicates slower deliveries.

The long delivery times kept inflation at the factory gate bubbling. The survey’s measure of prices paid by manufacturers fell to a still-high 82.4, from a reading of 85.7 in October.

Factories are easily passing the increased production costs to consumers and there are no signs yet of resistance.

Federal Reserve Chair Jerome Powell told lawmakers on Tuesday that “the risk of higher inflation has increased,” adding that the US central bank should consider accelerating the pace of winding down its large-scale bond purchases at its next policy meeting in two weeks.

The Fed’s preferred inflation measure surged by the most in nearly 31 years on an annual basis in October.

Stocks on Wall Street rebounded after Tuesday’s sell-off. The dollar slipped against a basket of currencies. US Treasury prices fell.

But a shortage of workers caused by the pandemic is hindering faster job growth. There were 10.4 million job openings at the end of September.

Workers have remained home even as companies have been boosting wages, school reopened for in-person learning and generous federal government-funded benefits ended.

“Overall, the risk remains that renewed health concerns will keep workers, especially those with caregiving responsibilities, from returning to the labour force, preventing a return to pre-pandemic strength,” said Rubeela Farooqi, chief US economist at High Frequency Economics in White Plains, New York.

According to a Reuters ‘ survey of economists nonfarm payrolls probably increased by 550,000 jobs in November. The economy created 531,000 jobs in October.

The Labor Department is scheduled to publish its closely-watched employment report for November on Friday.

US manufacturing presses ahead; labour market gaining traction have 908 words, post on www.theedgemarkets.com at December 2, 2021. This is cached page on Business News. If you want remove this page, please contact us.