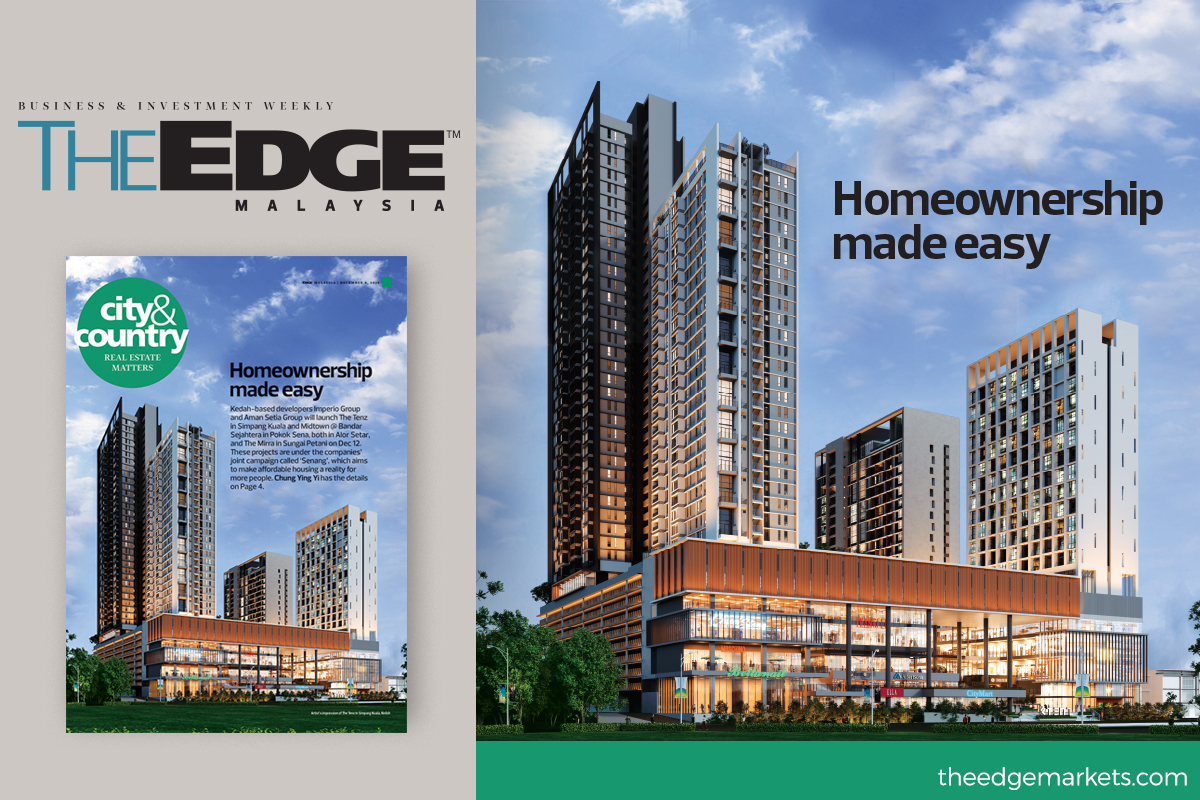 KUALA LUMPUR (Dec 5): Kedah-based developers Imperio Group and Aman Setia Group are set to launch The Tenz in Simpang Kuala and Midtown @ Bandar Sejahtera in Pokok Sena, both in Alor Setar, and The Mirra in Sungai Petani on Dec 12. These projects are under the companies' joint campaign called 'Senang', which aims to make affordable housing a reality for more people.

The Tenz will house 364 serviced apartments, 126 service suites and a 178-room hotel. It will also have 63 shops and offices in a five-storey podium, which will be launched in four phases. Phase 1, which is called Vivre Residence, will be launched on Dec 12. It will comprise serviced apartments with built-ups of 774, 881 and 1,565 sq ft (duplexes) respectively and are priced from RM288,000.

Read more about it in the latest issue of City & Country , which comes out with The Edge Malaysia weekly’s Dec 6 edition.

Imperio Group and Aman Setia Group launch 'Senang' series have 500 words, post on www.theedgemarkets.com at December 5, 2021. This is cached page on Business News. If you want remove this page, please contact us.