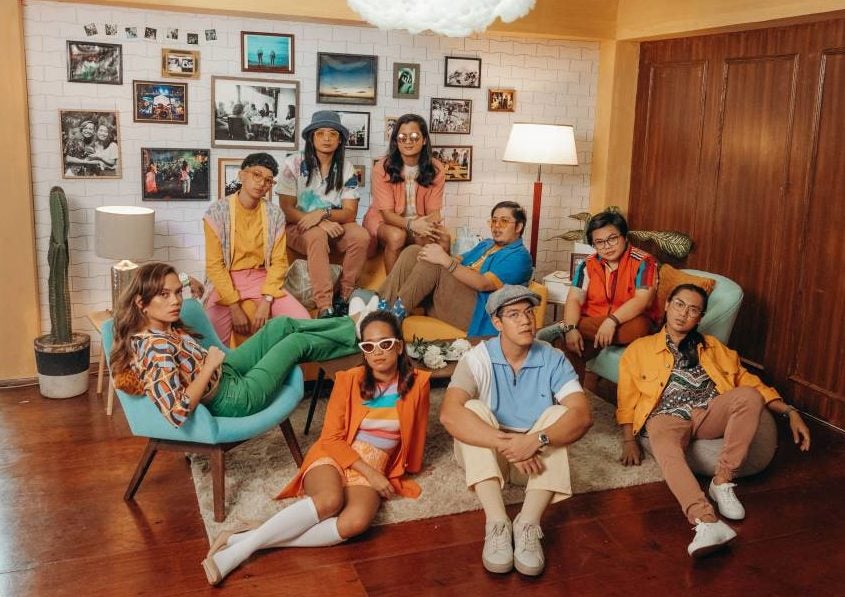 For Ben&Ben, the thought of holding a major concert in the middle of a pandemic is "bittersweet."

"It's sweet in a sense that everything we have been doing or creating has led us to this point. But we would have definitely loved our "Liwanag" (the fan club) and everyone who has been there with us since we started out to be with us in one venue," Ben&Ben's Paolo Guico said in a virtual conference for the nine-piece band's digital show "Kuwaderno" tomorrow on the online content site KTX.

Shot at the Araneta Coliseum, the concert is named after the group's second studio album "Pebble House Vol. 1: Kuwaderno." The 13-track collection is inspired by the members' stories, learnings and growth they have experienced as a band. It also delves into the worries they felt, and how they clung to hope and each other in those trying years.

And because the show's concept is a very personal one, the first question that came to their minds while planning it was, "How do we make them feel as if they're with us, even if they can't?" "We wanted to provide an experience that will make them feel like they're with us. That's our No. 1 priority," Paolo said.

As such, the group and the creative team decided to encapsulate their journey in a multistage, audio-visual spectacle that revels in the magnitude of the occasion, but interspersed with pockets of calm and intimacy. Directed by Paolo Valenciano and Peta's Maribel Legarda, and with light design by Shakira Villa-Symes, the concert intends to fuse music with "drama, orchestra, dance and technology."

"We have been raring to do a major show for quite some time now … Our new album talks about our feelings and stories we had while in a pandemic. And we felt that the best way to capture those is through a digital concert. The things we experienced, learned will be best expressed through this platform," Paolo said. "But of course, we really miss doing live shows."

Ben&Ben is also expected to perform all the songs from the album—like "Upuan," Pasalubong" and "Lunod"—live, with full production, for the first time.

Aside from the musical elements, the popular folk-pop collective—also composed of Miguel Guico, Poch Barretto, Andrew de Pano, Patricia Lasaten, Agnes Reoma, Jam Villanueva, Toni Muñoz and Keifer Cabugao—will be accompanied by dancers and actors in some numbers to present a fuller visual narrative. "Movement and dance are woven into our music and brought our songs to life," the band said of the choreography put together by Gio Gahol.

The stage and production designs, on the other hand, were meticulously created and sprinkled with elements that symbolize something deeper. "We want our listeners to know that each piece of the puzzle was thoughtfully included, and we're excited to see them piece everything together when they watch the full show," the band said.

While the band is popular for its soaring, uplifting melodies, a great deal of its material are introspective and compel listeners to draw inwards. And what better way to convey those quiet numbers that replicate the vibe of simple jamming sessions. "It's to make them feel that they're just with the nine of us—no cameras, no one recording," Paolo said.

"In a sense, we want to invite everyone to write their own experiences, as they would in a journal, and connect with what they see in the show, rather than telling them what to feel. We want people to let their feelings out and let them resonate with what we're going to do," Miguel added.

Holding a concert like this while contending with various limitations and restrictions is challenging, the band admitted, but one they were willing to gamble on, if that meant bringing some light to those suffering in silence.

"We also felt such a huge responsibility to inspire more people with stories of humanity and hope. We have received a lot of messages from Liwanag, telling us how the band has helped them get through the tough times," the band said. "Hopefully through this concert, we can use our platform in making them feel that they're not alone in this fight."

Ben&Ben hopes to be with ‘Liwanag’ in 1st major concert this pandemic have 1002 words, post on entertainment.inquirer.net at December 4, 2021. This is cached page on Business News. If you want remove this page, please contact us.