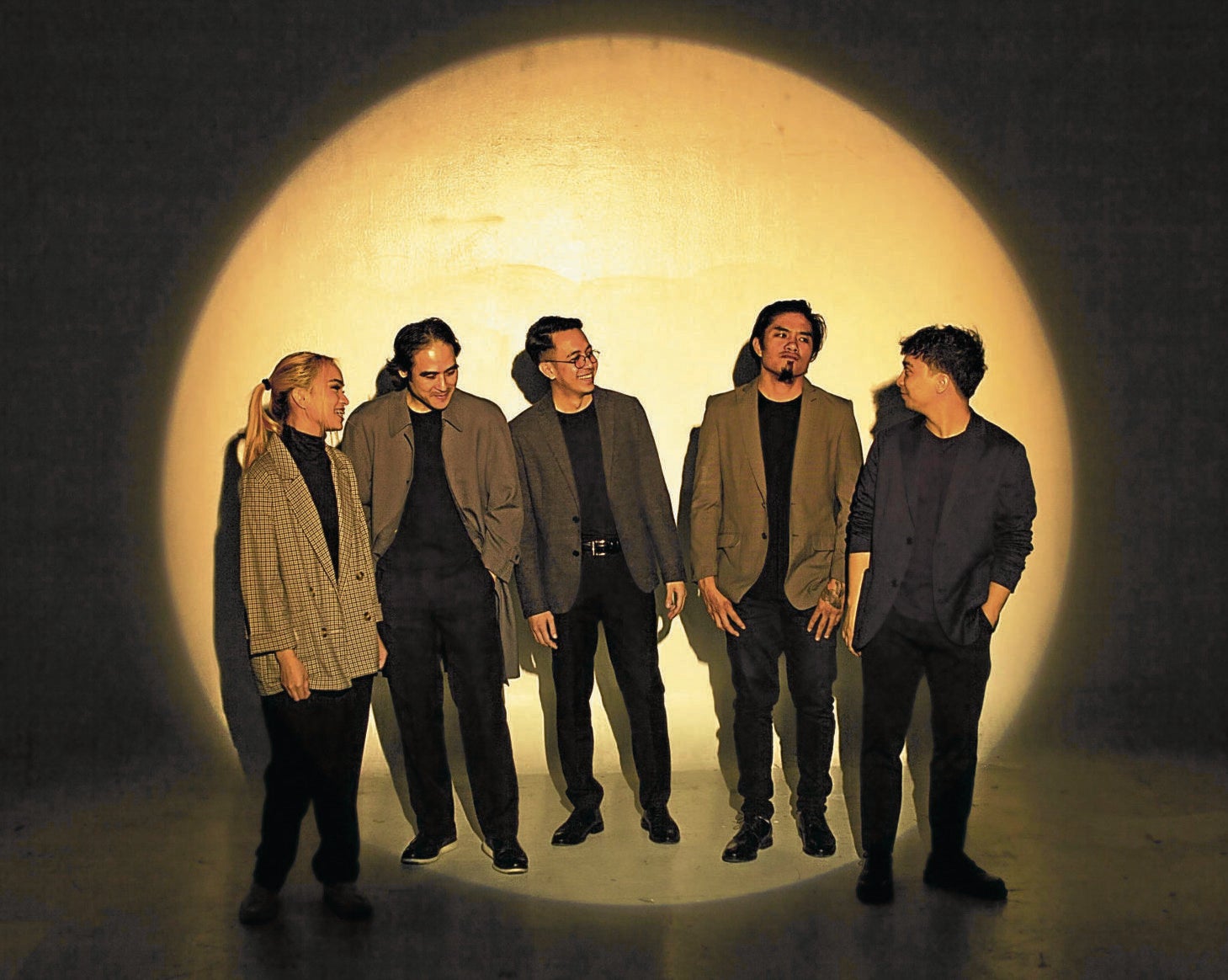 In its 10 years on the music scene, the band SUD has experimented with various musical styles, undergone a lineup change, and released well-loved hits like "Sila," "'Di Makatulog" and "Baliw."

"Celebrating our 10th year is an achievement, but there's more to do. The band has a lot more music to create and put out. I'm excited about them because we have a lot of new experiences, things we had to go through. We never stopped finding new inspirations," lead vocalist Sud Ballecer told the Inquirer.

Formed in 2011, the band started out as a blues funk act and later on dabbled in pop rock, alternative and indie pop sounds, and at times even incorporated soul and jazz influences into their work. And they have only scratched the surface.

"As the years go by, the music evolves and matures. This isn't the peak yet. You never know, the next releases may have completely different sounds. That's something we really look forward to—the unknown. And I take comfort in the fact that I will have my bandmates as we venture into the unknown," Sud said. Sophomore album

Titled "Dumaloy," (Warner Music) the record consists of 12 songs, which include the eponymous lead single, new material like "Ginhawa" and "Kapit," as well as re-recordings of their previous hits "Sana Bumalik" and "'Di Makatulog."

"It's about the journey of love and its never-ending cycle," said Jimbo, who cowrites the group's songs with Sud. "We built the concept for the album around the song … The continuous flow of emotions."

All the new material in the album was written and inspired by their experiences during the pandemic. "We seldom write songs that aren't personal; songwriting is a very personal process. Each song is about something we personally went through. And we hope to share that with audiences. I hope they can relate to it," Jimbo said.

Excerpts from our one-on-one interview with SUD:

Why did your follow-up album take this long? Were the songs written during the pandemic?

Sud (S): Our new songs were all written during the lockdown. Jimbo and I are very slow writers—we're no magicians! We really sit through our work together and show each other's drafts.

But because of the pandemic, we managed to increase our pace. The process became faster because there were no gigs, shows to think about. Songwriting was the only focus. We were pleasantly surprised we were able to finish so many songs in a year. Back then, we would release one or two a year.

Jimbo (J): We became more in tune with our feelings because we had a lot of time to ourselves. We were fine putting out one song each year. But now that there are a lot of things happening around us, it has been a roller-coaster of emotions.

Are any of the songs directly inspired by pandemic-related hardships?

S: The song "Ginhawa" was inspired by it … I often find comfort in my girlfriend's embrace. But because of the pandemic, we were unable to see each other for a long time. So, when the restrictions finally eased up, I visited her house. And having the hug I was yearning for so long inspired the song.

The album is also about gratitude.

J: After a heartbreak, we tend to hate the other person … But as I grew more mature my mindset changed. I think people should forgive each other more, but not necessarily forget. We should be kinder to each other. Gratitude plays an important role when it comes to moving on. Being filled with hate, anger and bitterness will make it harder for you to find new love.

The band is known for infusing jazz influences into the music. How do you think you have evolved?

Carlos (C): It was a vibe we carried over from the song "Smilky"… We didn't force it. The songs were there, and we produced and played them how we wanted to interpret them … The difference in maturity after the five-year gap was big. We had a tendency to do overblown arrangements. 'Let's put the saxophone here.' Now, we just stick to what we feel the songs call for.

How has the pandemic affected your relationship with fans?

S: We became more accessible to many people. There's a Facebook group for our listeners—some of whom are longtime fans of our music, but have yet to see us play live. But now, through online shows they can see us as long as they have an internet connection. We have chat groups on different platforms … We didn't know how to do these before. We're thankful we did.

C: We couldn't record the songs at the same time in the studio because of the protocols … We miss the organic way of creating music. That's the challenge for us now.

If you have seen us live, not all our performances are the same. We reach what each one of us gives off during recording or on the stage. Sometimes, we're more laidback; sometimes, more aggressive.

What do you miss most about live shows?

Raisa: Even if we're exhausted from all the traveling, doing one gig after another, we always felt that everything was worth it. I think we took that for granted. The traffic and all the waiting were a hassle. But we miss them.

It's the band's 10th anniversary. What does that mean to you?

Kohl: We didn't expect all these would work until this point … This lineup is what really stuck and gelled together. More than bandmates, I consider these people as family. And one thing I can say is that we will continue making music, especially for the people who support us.

C: I'm just grateful. How many people can say that their passion is also their vocation? This is not a business proposition or partnership. These guys are like my brothers now. We know each other's attitudes and we know how to be patient with each other. We had our arguments, our good times … we have been through them together.

SUD band’s ever-evolving music: From blues funk to pop rock, soul and jazz have 1377 words, post on entertainment.inquirer.net at November 27, 2021. This is cached page on Business News. If you want remove this page, please contact us.