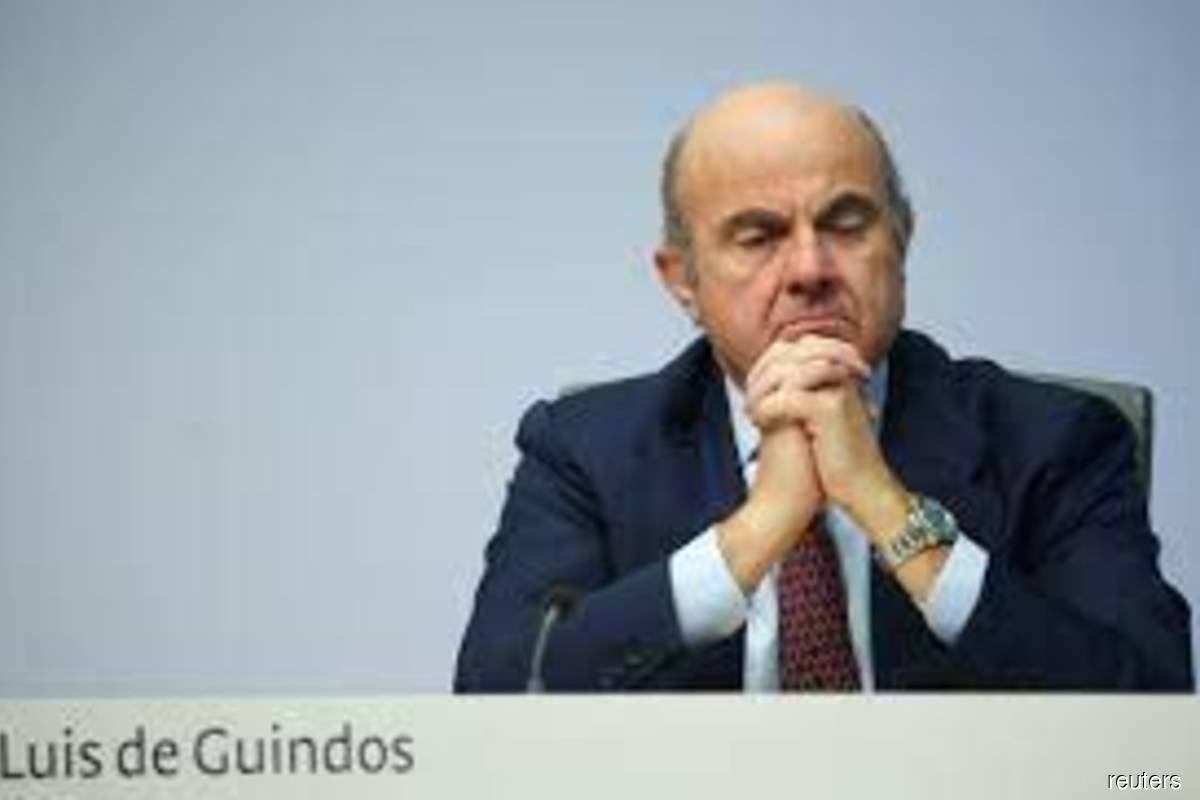 European Central Bank (ECB) Vice-President Luis de Guindos attends a news conference on the outcome of the meeting of the Governing Council in Frankfurt, Germany on Oct 24, 2019. (Photo by Ralph Orlowski/Reuters filepix)

S’AGARO, Spain (Nov 26): The European Central Bank still plans to end its emergency bond purchases in March, despite threats from a new variant of the coronavirus and rising infections, the ECB’s top two officials said on Friday.

Global authorities and investors reacted with alarm on Friday to a new coronavirus variant detected in South Africa, with the European Union and Britain among those tightening border controls, as researchers sought to find out if the mutation was vaccine-resistant.

But ECB President Christine Lagarde and Vice-President Luis de Guindos both reaffirmed their expectations that the ECB’s Pandemic Emergency Purchase Programme (PEPP) would end in March, with a decision expected next month.

“PEPP will end as planned with a size of 1.85 trillion euros (US$2.1 trillion) at the end of March,” de Guindos told an event in Spain. “We will discuss the alternatives in December.”

Lagarde also said in an interview with the Frankfurter Allgemeine Zeitung published on Friday that she expected to stop adding to PEPP’s bond stash in early 2022.

“Today, new information has emerged, which must be taken into account, and the policymaker cannot ignore this information,” he told the Spanish event.

Speaking earlier at an event in Milan, Bank of Italy governor Ignazio Visco also said the recent increase in the number of infections pushed back “the post-Covid perspective”.

Stock markets fell sharply and investors pushed back interest rate hike bets on Friday, amid concerns the new variant may be able to evade immune responses and could be more transmissible.

The ECB has guided for no rate hike next year and some policymakers have called for continued support for the bond market, even after PEPP ends.

De Cos also said the ECB had other tools to support inflation in the euro zone, such as its regular bond-buying scheme.

“Once the pandemic programme ends, let us suppose in March, the rest of the monetary policy tools — our regular programme, the long-term financing operation and interest rates — are at our disposal to achieve a 2% inflation in a sustainable way,” de Cos said at the Spanish event.

De Guindos noted the persistent challenges, including supply bottlenecks, but said Europe’s high vaccination rate made the outlook more favourable than earlier in the pandemic.

“We’ve got a differentiating factor, which is vaccination,” de Guindos said. “Therefore I think the effect on the economy is going to be more limited, I’m relatively optimistic.”

He added that the economy had shown an ability to adjust to the pandemic and predicted that the euro zone economy would grow by around 5% this year and strongly next year too.

ECB sticks to ending emergency support in March despite new Covid threat have 792 words, post on www.theedgemarkets.com at November 27, 2021. This is cached page on Business News. If you want remove this page, please contact us.