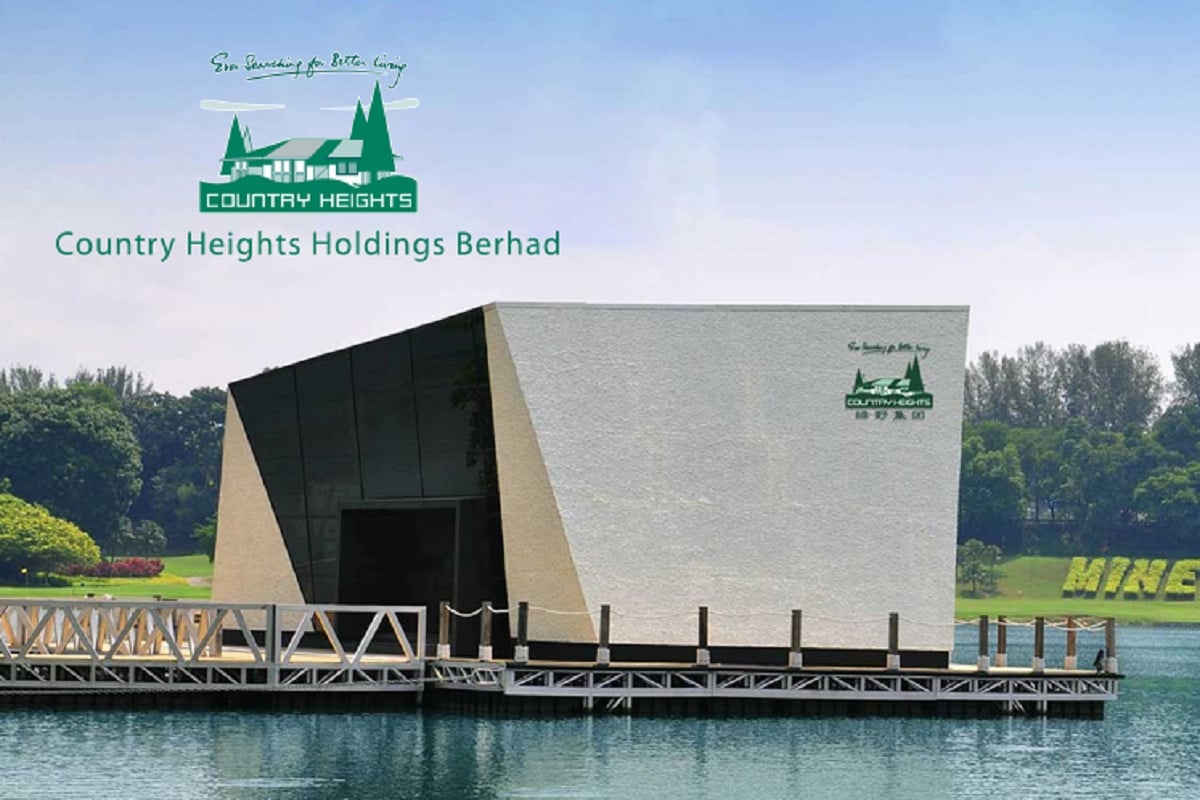 In response to theedgemarkets.com ‘s query on Thursday, the property developer said the recent spike was not because of its executive chairman and controlling shareholder Tan Sri Lee Kim Yew's share purchase.

According to CHHB managing director Datuk Jared Lim, the announcements in relation to Lee’s share acquisitions were for past transactions.

"[Additionally], in our press release [recently], we made it very clear that there was to be more separation between [the] listco and the major shareholder (SH).

"The acquisition of these assets are at Covid prices that will provide long-term value to the listco as well," said Lim.

He added that this is also part of a larger transformation exercise which will be announced in due course.

The acquisition of the assets worth a combined RM554 million is to be satisfied through the issuance of new CHHB shares at an issue price of RM1.20 per share.

The first HoA is between CHHB (through its wholly-owned subsidiary Mines Holdings Sdn Bhd) and Country Heights Venture Sdn Bhd for the proposed acquisition of a 29.63% stake in Country Heights Health Tourism Sdn Bhd (CHHTSB) for RM6 million.

The group said GHHS Healthcare, the brand name for CHHTSB, will present an expansion plan for CHHB's wellness operations, as it has tremendous growth potential to expand their existing 30,000 memberships and wellness offerings into traditional Chinese medicine hospital, confinement centre, elderly day care and pharmacy.

Under the second HoA, CHHB has proposed to acquire office units of the ninth and 10th floors of Block A of the Mines Waterfront Business Park @ The Mines Resort City with a total area of 22,500 square feet (0.52 acres), from Fresh Avenue Sdn Bhd, for an indicative purchase price of RM12 million. The proposed acquisition is for the group to consolidate all of the units in Mines Waterfront Business Park for future corporate exercise.

Under the third HoA, CHHB proposed to buy a parcel of land in Ulu Langat — measuring 5.62 acres — from Bee Garden Holdings Sdn Bhd for RM42 million. It said the proposed land acquisition is for CHHB to plan future developments that include mixed developments of residential, commercial, high-rise residential tower and waterfall landmark.

The fourth HoA involves the proposed acquisition by the group of a parcel of land in Kajang, measuring 2.82 acres, from Castlepark Sdn Bhd for RM21 million. This acquisition, it said, is for the group to plan future developments that include mixed developments of residential, commercial, high-rise residential tower and waterfall landmark.

The group also proposed to acquire a parcel of waterfront development land in Petaling, measuring 37.98 acres, for a purchase consideration of RM400 million from Mines Wonderland Sdn Bhd. It said this acquisition is for the group to own the remaining jewel in the Mines Township and will be the anchor property for the planned transformation of the Mines Resort City.

Lastly, the group has proposed to buy a portion of a leasehold land in Petaling, measuring 4.325 acres of a total 7.244 acres from Mines Resort Sdn Bhd for RM73 million. This acquisition is for the development plan of service apartments under the name Phase Two of Dream City.

Upon completion of the proposed acquisitions, CHHB's market capitalisation will be around RM1 billion, the group said.

Country Heights rises to highest in over two years have 991 words, post on www.theedgemarkets.com at October 14, 2021. This is cached page on Business News. If you want remove this page, please contact us.